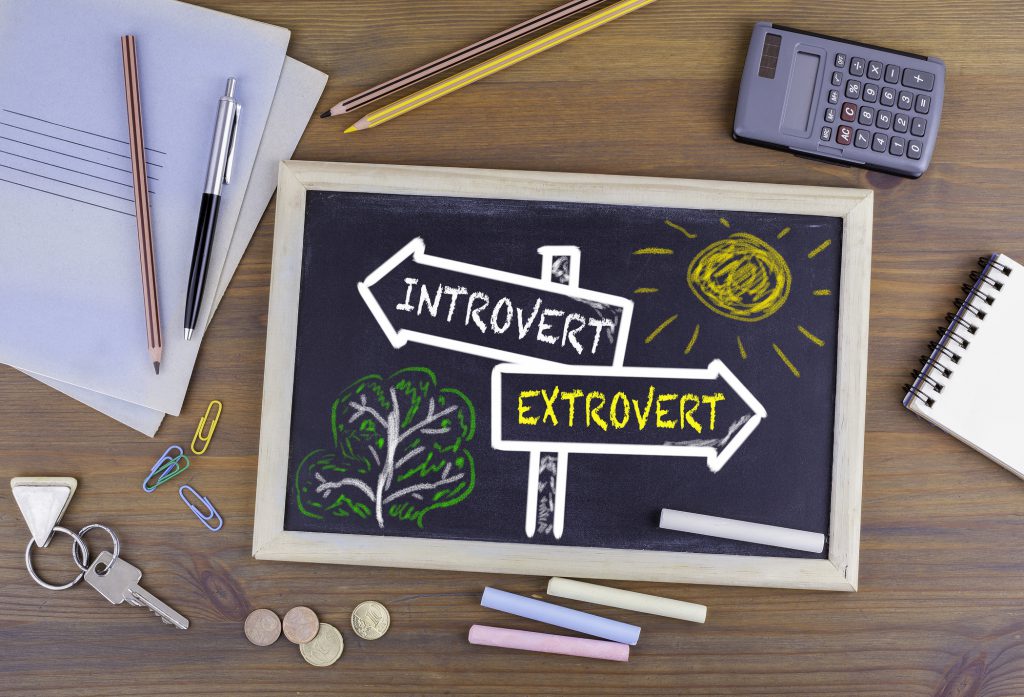 When it comes to winning the office personality contest, extraverts seem to have the advantage.

Several studies have found that extraverts, compared with their more introverted colleagues, often have higher-quality social interactions that help them build rapport with other people. This social proficiency gives extraverts a distinct edge when it comes to networking for a new job or getting noticed by the boss for a promotion.

But scientists have yet to pinpoint the exact behaviors that lead to this “extravert advantage.” Studies haven’t found any consistent differences between extraverts and introverts when it comes to nonverbal behaviors related to social bonding, such as eye-contact, smiling, and openness.

In a new study, Duke University psychological scientists Korrina Duffy and Tanya Chartrand identified one key behavior that help explain why and how extraverts are so socially adept: mimicry.

Mimicry occurs when people unconsciously copy the body language, speech patterns, or movements of those around them. Researchers have long known that mimicking another person’s behavior is a powerful tool for increasing positive feelings between two people.

Duffy and Chartrand hypothesized that in situations in which getting along yields an advantage, extraverts engage in more mimicking behavior than introverts – ultimately leading to an “extravert advantage” when it comes to building social bonds.

“Specifically, extraverts mimic more when they want to get along with another person, and this mimicry mediates the relationship between extraversion and rapport,” Duffy and Chartrand write in a new study published in Psychological Science.

In one experiment with 105 participants, the college students were told they would be playing a word game. The student was seated across the table from the other “participant” and the pair was instructed to take turns coming up with words from that category until a timer beeped. Throughout this task, the confederate engaged in a series of easily mimicked behaviors, continuously touching her hair and face.

The pair’s interactions were filmed using a hidden camera and the researchers used the videos to analyze the extent to which participants mirrored the hair and face touching mannerisms of the confederate.

After playing the word game, participants completed a standard assessment for personality traits of extraversion and introversion.

As expected, extraverts mimicked the confederate more than introverts did, but only under the right circumstances.

“The results of these studies suggest that extraverts mimic other people most when it is highly adaptive to do so; they rely on mimicry as a way to build rapport particularly when they have a goal to affiliate,” Duffy and Chartrand write.

“Thus, extraverts are not always more socially skillful than introverts—they are more skillful only when they are motivated to be,” the researchers conclude.

Although the researchers successfully replicated this finding in two studies, it’s important to note that the sample sizes were small – future research should test this hypotheses using larger sample sizes to ensure that the results are robust.

My name is Esha Rakesh, and I attend the Foxborough Regional Charter School in Massachussetts. For a long term research assignment, I am investigating the difference between introverts and extroverts and what causes this. I was wondering if you’d be interested in participating in an interview with me.