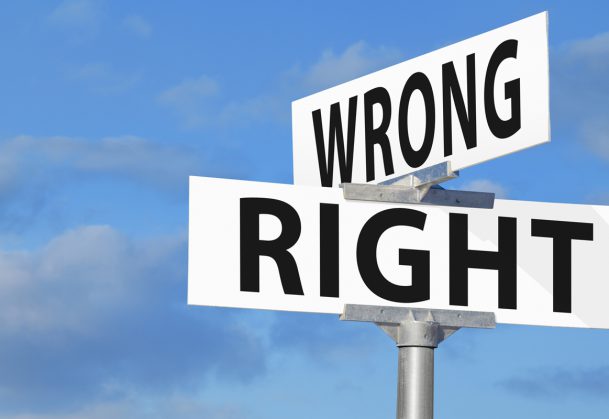 From the boardroom to the breakroom, unscrupulous behavior in the business world costs the global economy billions of dollars each year. For instance, economists estimate annual losses in the US of $1 trillion paid in bribes, $270 billion lost due to unreported income, and $42 billion lost in retail due to shoplifting and employee theft.

“The immediate financial costs are worrying, but the threat to society is even more serious because seemingly isolated violations chip away trust, encourage negative social norms, and increase the prevalence and spread of other unethical behaviors,” the authors write in a new article published in a special section of Perspectives on Psychological Science.

Efforts to police and punish unethical behavior are both costly and inefficient. For example, auditing taxes certainly catches cheaters, but carefully investigating the paperwork for each and every individual is incredibly expensive and labor intensive.

“Furthermore, instead of encouraging people to be honest, enforcement teaches them to avoid punishment or to become better cheaters,” the authors argue.

Rather than relying entirely on punishment as a deterrent, Ayal and colleagues argue that organizations and policymakers can turn to psychological science for ways to prevent people from behaving badly in the first place. Utilizing findings from research in behavioral ethics and moral psychology, the research team developed a three-principle framework, which they call REVISE.

“According to the psychological model of dishonesty, people are caught between a rock and a hard place—that is, between the temptation to profit from unethical behavior and the desire to maintain a positive moral image of themselves,” the researchers explain.

People want to see themselves as moral, but research shows that when people engage in immoral acts they use a variety of self-serving justifications to reduce the dissonance that emerges between doing wrong and feeling moral. The REVISE framework identifies three classes of intervention — reminding, visibility, and self-engagement — that policymakers and organizations can use to reduce immoral behavior:

“Reminding mitigates grey areas that blur the ethical code, visibility mitigates anonymity and the slippery slope of social norms, and the gap between moral values and actual behavior can be reconciled by encouraging self-engagement,” Ayal and colleagues explain.

Lab experiments have shown that simply reminding people of their own moral standards can reduce the temptation to cheat. When people are allowed to anonymously self-report their own performance on simple tasks, they’re more likely to cheat. However, providing people with subtle reminders of morality, like recalling the Ten Commandments, before the task can help eliminate cheating.

People are also much less likely to cheat when their behavior is visible to others. One study showed that even a picture of eyes posted above an honesty-based payment jar—invoking visibility—significantly increased the number of people who paid in full.

Connecting people’s concrete behaviors to their general perceptions of themselves as moral people through self-engagement is another tactic shown to decrease immoral behavior. For example, several field studies have shown that having people sign an honesty pledge at the top of a page—instead of the typical spot on the bottom of the page—can lead to much more honest self-reporting.

“Dishonesty has never been compulsory and it should not be accepted as an inevitable fact of life,” the authors conclude. “We can revise behavior and encourage ethicality by designing supportive environments that minimize temptations and define clear boundaries between right and wrong.”

Are there studies showing which factors; biolgical, social or psychological are playing the biggest role in fraud?

If social factors are important why not all the people are committing fraud? Can spotting pesonality traits like 5-factor analysis help prevention of fraud if made during employee recruitment phase?