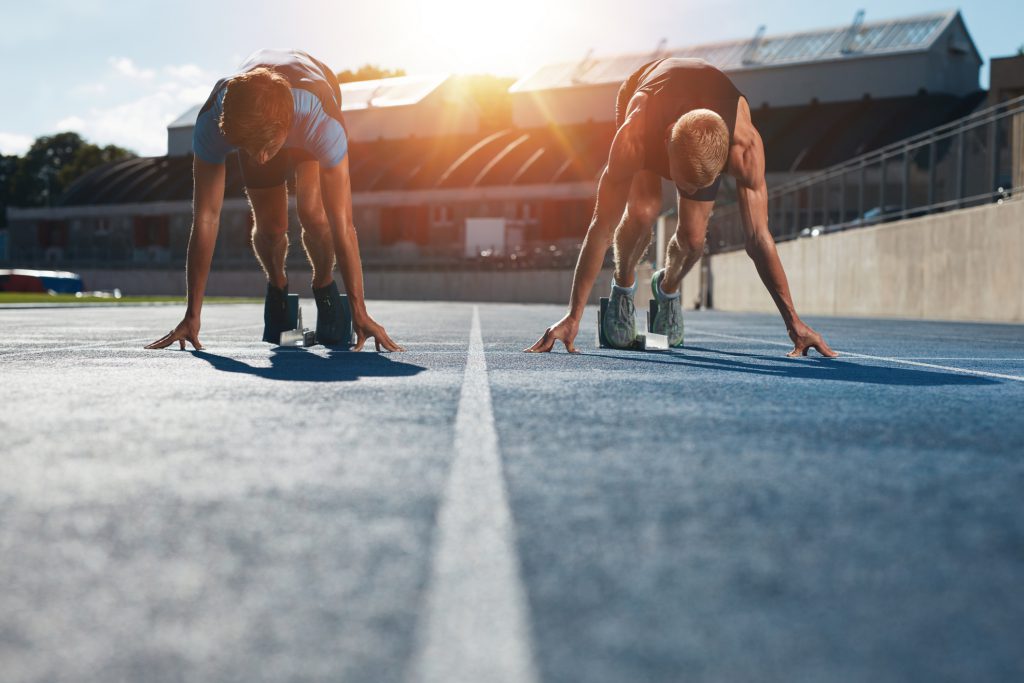 Nearly 30 years of intense competition between tech giants Bill Gates and Steve Jobs helped produce the software and gadgets that we now find indispensable, and fierce matchups between “Magic” Johnson and Larry Bird resulted in some of the highest TV ratings ever in the history of basketball. From the boardroom to the basketball court, rivalry has a long history of driving success and innovation.

A recent study from psychological scientist Gavin J. Kilduff of New York University found that not only do people report higher performance when competing against their rivals, but that rivalry actually improved race times for long-distance runners.

Unlike other competitions, rivalry occurs between people who already know each other and who take their history of past interactions into account in competition. For rivals, the psychological stakes are more important than any prizes or titles.

“Take the rivalry between Andre Agassi and Pete Sampras. They have held exhibition matches for charity in recent years, and despite the fact that both players have long been retired and that the outcomes of these matches carry no financial stakes, they are fiercely competitive with each other,” says Kilduff.

Research demonstrating that competition can improve motivation dates back to 1898, when psychologist Norman Triplett discovered that a cyclist will ride faster when there is another cyclist present.

Kilduff argues that interpersonal relationships can have a big impact on motivation, which explains why rivalry increases performance more than normal competition. For example, studies have shown that people are more competitive with their friends than they are with strangers when a task impacts their self-evaluation. A similar phenomenon may fuel rivalry.

As expected, people thinking about their rivals reported a bigger boost in their performance, feeling more evenly matched, and more motivated.

To find out whether rivalry really does impact performance, Kilduff reviewed and analyzed six years of archival data from an amateur long-distance running club.

After crunching the numbers from 82 runners in 112 races, the results confirmed that the presence of a rival increased a runner’s speed by about 4.92 seconds per kilometer. That means running with a rival could shave about 25 seconds off your time in a 5-K race.

“How we behave in competition situations depends on our relationship and history of interaction with our opponent,” Kilduff writes in the journal Social Psychological and Personality Science. “This suggests that we may be able to boost our own levels of motivation and performance by either forming rivalries or harnessing the ones we already have. It might also get us to think about whether other individuals in our lives may view us as their rivals.”

I wonder how the results would differ if the study was conducted cross-culturally. Competition and rivalry may not be such a strong motivator for most people in the world. In other cultures results may differ depending on if the rivals were a part of the participants in-group or out-group.
Interesting work nevertheless.