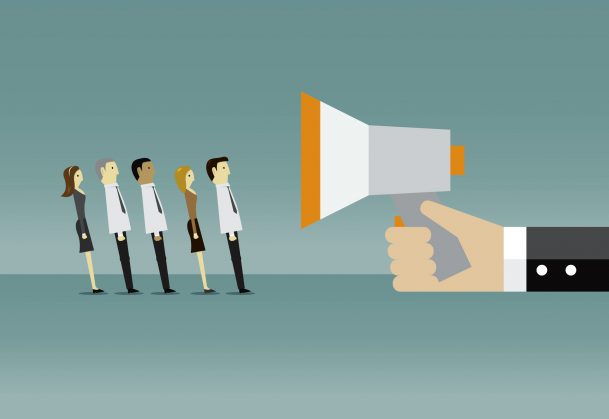 If you think of yourself as an extravert, you’re probably also a “people person.” Extraverts are known for being assertive and enthusiastic, as well as sociable and outgoing. Researchers have even coined the term the “extravert advantage” to describe the way social acumen helps extraverts build the relationships that lead to job opportunities.

It might seem like the more extraverts there are on a team the better, but a new study finds that the extravert advantage also comes with a downside for teamwork.

After observing 27 teams, an international group of psychological scientists and management researchers found evidence that extraverts lose their advantage when teams experience conflict. Essentially, gregarious team members can bring enthusiasm and energy to a team when things are going well. But when conflict arises, these extraverts can dominate their quieter peers, worsening tensions within the group.

“Extraverts are able to develop energizing relationships with their teammates; this is a valuable quality that organizations may want to consider when staffing teams,” researchers Kristin L. Cullen-Lester (Center for Creative Leadership), Hannes Leroy (Erasmus University), Alexandra Gerbasi (Grenoble Ecole de Management), and Lisa Nishii (Cornell University) write. “However, this advantage appears to be lost, and to even become a disadvantage when task conflict exists within a team.”

When a team is struggling with conflict, extraverts’ tendency to enthusiastically express their ideas and opinions may make them come across as stubborn loud-mouths “holding to their ideas and attempting to dominate the perspectives of others” and stymying contributions from other group members, the researchers say.

The study included 162 Belgian business students (ages 23 – 27 years old) who were assigned to 27 different teams as part of a class project. The teams were tasked with consulting with companies on HR challenges related to topics such as outsourcing, virtual workplaces, and multinational organizing. For the assignment, the students had 3 months and 2 weeks to analyze company’s situation. They would then present their recommendations in a formal presentation to a board of company executives.

The students were surveyed at three points in the process to measure the shifting impact of team dynamics over the course of the project.

At the start of the project, participants completed a personality measure that included an assessment of extraversion. Three months later, just two weeks before the project’s deadline, the students completed measures of conflict within their team. To assess relationships between all team members, individuals answered questions about their interactions with each one of their teammates. Finally, one month after the final presentation had been given, the students reflected on their relationship with their teammates.

When teams ran smoothly, extraverted team members were seen as contributors. But when teams were struggling, extraverted individuals seemed to take energy away from solving the problem.

“These findings suggest that extraverts are not only oriented toward social relationships, providing positive energy therein, but can also be perceived as overly assertive and dominant, acting in a way that negatively impacts their relationships,” the research team explains. “Extraverts may be perceived as ‘shouting the loudest,’ perhaps overcrowding others and even prolonging task conflict within teams.”

One thing extraverts can do to help smooth over tensions is engaging in active listening, rather than just hogging the spotlight.

In a 2013 study, University of Pennsylvania psychological scientist Adam Grant found that despite “the widespread assumption that extraverts are the most productive salespeople, research has shown weak and conflicting relationships between extraversion and sales performance.”

Instead, Grant proposes that the relationship between extraversion and sales performance is actually curvilinear. Based on Grant’s research, “ambiverts,” who strike a balance between talking and listening are actually the better salesmen; they’re assertive and enthusiastic enough to close the deal, but also capable of listening and avoiding the appearance of coming off as too aggressive.

“[M]y findings suggest that less extraverted people may be missing out on productive careers and hiring managers may be missing out on star performers,” Grant concludes. “When less extraverted people do end up in sales, many managers train them to emulate the assertive, enthusiastic qualities of their highly extraverted counterparts. My research indicates that organizations stand to benefit from training highly extraverted salespeople to model some of the quiet, reserved tendencies of their more introverted peers.”