News > Minds at Work > Just a Job or a ‘Calling’? Passion and Meaning at Work Tied to Life Satisfaction 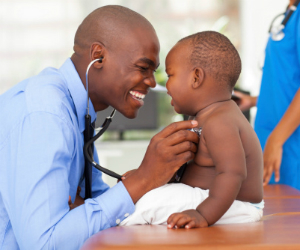 The number one reason people stay at a job isn’t because of the pay, benefits, or even the chance for a promotion. According to a 2012 survey on workforce retention, the top reason people stay at a job is because they enjoy their work. But some people are so passionate about what they do for a living that they could be said to have a “calling” rather than just a job that’s a good fit.

In a new article, psychological scientists Tamara Hagmaier and Andrea E. Abele of the University of Erlangen-Nürnberg draw on previous research exploring links between work and well-being to describe this sort of “calling.” According to Hagmaier and Abele, a job qualifies as a calling if it has three specific components: a sense of perfect “fit” between their skills and interests and the requirements of the job, a sense of meaning and altruism in their work, and the sense of an affirming transcendent guiding force.

The researchers hypothesized that people with a so-called calling would report experiencing a greater sense of engagement with their work, as well as having a high sense of self-congruence — the perception that their real self is in line with how they see their ideal self.

“People who are able to realize their calling in the world of employment often experience a perfect fit between their interests and skills and the requirements of their job,” write Hagmaier and Abele in the Journal of Career Assessment. “Thus, called people often identify themselves with their work and realize their full potential while performing their work.”

In the first experiment, Hagmaier and Abele surveyed 235 German professionals about their sense of engagement at work, the realization of their calling, and how satisfied they were with life.

To gauge self-congruence, the researchers measured whether people saw themselves as possessing the traits of their ideal selves. Participants were given a list of attributes and asked to write down five of these attributes that they would ideally possess. They were then asked to rate how well these ideal attributes currently described them.

In a second experiment, the same self-report measures were sent via email to 248 nurses at three different times over a 16 week period.

The results showed that people who felt like they had realized their calling also felt more satisfied with life. But, maintaining this satisfaction over time seemed to require that people also be engaged with their work and feel that there’s a good fit between their ideals and their reality in the workplace.

The researchers caution that all of the data analyzed in the studies were drawn from self-report measures. They also note that future research should include looking at additional variables that might impact the relationship between calling and life satisfaction, such as social support or feedback at work, and should include a wider variety of professions.

Hagmaier and Abele suggest that these results could helpful to career counselors and coaches by showing the importance of self-congruence and work engagement to life satisfaction, “If someone is unable to realize his or her calling, coaches might advise the person to ‘craft’ his or her work to reduce the gap between the ideal and reality, thereby increasing his or her satisfaction.”

News > Minds at Work > Just a Job or a ‘Calling’? Passion and Meaning at Work Tied to Life Satisfaction

this has been beneficial for my research thanks!