News > Minds at Work > Get Up, Stand Up! How to Get People to Quit Sitting 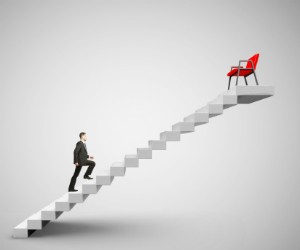 If you work a typical office job, you might be spending more than 10 hours a day sitting down. Across numerous studies, extensive sitting has been linked to diabetes, heart disease, cancer and even an early death.

People are becoming increasingly aware of the health risks associated with sitting, but with many employees desk-bound, how do you convince people to get up and get moving at work? According to a new meta-analysis, interventions that specifically targeted sitting, rather than just getting people to exercise more often, were the most effective at getting people to be less sedentary at work.

After analyzing 38 different interventions from 26 studies that included more than 10,000 participants, an international team led by King’s College London professor of psychology Benjamin Gardner identified the most promising strategies for getting employees moving.

“Developing effective sedentary reduction interventions depends on understanding both what works in changing sedentary behavior and why,” Gardner and colleagues explained.

The most promising sitting interventions had one thing in common: Rather than trying to motivate people to exercise more regularly, the most successful interventions specifically targeted sedentary behaviors. So, while helping employees hit the gym is certainly a healthy goal, simply getting them to stand up more often during the day may also carry significant health benefits.

For the analysis, the research team only included studies that specifically targeted sedentary behavior as measured by either self-reported sitting time or accelerometers. In total, 10,355 participants were included in studies based in Europe, North America, and Australia. Of the 26 studies included in the analysis, 15 studies were conducted among employees or office workers.

Interventions were deemed either very promising, promising, or non-promising based on whether participants showed statistically significant reductions in sedentary behavior after the intervention.

The most promising interventions included educating people about the hazards of sitting, providing sit-stand desks, and utilizing goals for tracking time spent sitting.

There were several limitations to the analysis, including a lack of rigorous controlled study design. For example, only half of the studies included in the analysis included a randomized controlled trial design.

“Our review showed that self-monitoring behavior, problem solving, modifying social and physical environments, and giving information on the health impact of sitting were most closely associated with promising interventions,” the researchers conclude. “This echoes previous work identifying provision of sit-stand desks and personalized advice as effective in reducing sedentary behavior.”

News > Minds at Work > Get Up, Stand Up! How to Get People to Quit Sitting