Most workers would love to have more control over their jobs. For some that would mean leaving early to pick up the kids, while for others it could mean taking on more challenging projects. 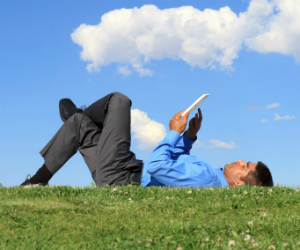 A recent study finds that allowing employees to play a more active role in customizing their jobs may be a win-win for both workers and managers. These kinds of informal agreements between individual employees and their supervisors are known as idiosyncratic deals, or i-deals.

An international team of researchers led by Severin Hornung of Hong Kong Polytechnic University found that employees who were able to hash out i-deals with their managers reported several positive outcomes, including being less stressed, more motivated, and more excited about their work.

The researchers surveyed 187 health care workers at a hospital about whether they had successfully negotiated i-deals in their current jobs. Participants were asked to self-report on three different types of i-deal: customizing work tasks to make them more interesting, accessing professional advancement opportunities, and arranging more flexible work hours.

Hornung and colleagues hypothesized that these different types of i-deal would have different effects on work performance. For example, employees who had negotiated for more flexible work schedules were expected to feel less stressed because they were better able to manage conflicts between their work and home commitments.

To gauge whether i-deals had a positive impact on work performance, managers at the hospital filled out performance evaluations for each of the study participants.

As predicted, the study found that i-deals were significantly associated with positive work characteristics, and different types of i-deals seemed to affect behavior differently–leading to different work outcomes.

For example, employees who had negotiated for more control over their work assignments had better performance reviews and reported their work as more enjoyable. When workers had greater work hour flexibility they reported lower rates of psychological strain and emotional irritation. Workers who had negotiated for more professional advancement opportunities reported higher rates of skill acquisition and self-sufficiency.

The researchers caution that i-deals should be made fairly and should follow organizational policies and regulations. Deals should be made to help employees better align their work duties to their personal interests to enhance the work environment, not as a way to confer favoritism or special treatment.

Hornung and colleagues found that in addition to making employees happier, i-deals had benefits for managers and organizations, “In fact, our results suggest that making i-deals to improve person–job fit of individual employees is characteristic for successful employee–supervisor exchange relationships, which stand to benefit the organization through their positive effects on worker attachment, motivation, and job and contextual performance.”

Recipients of generous first offers may become too trusting for their own good.