News > Minds at Work > Tempted by a Generous First Offer? Keep Your Guard Up 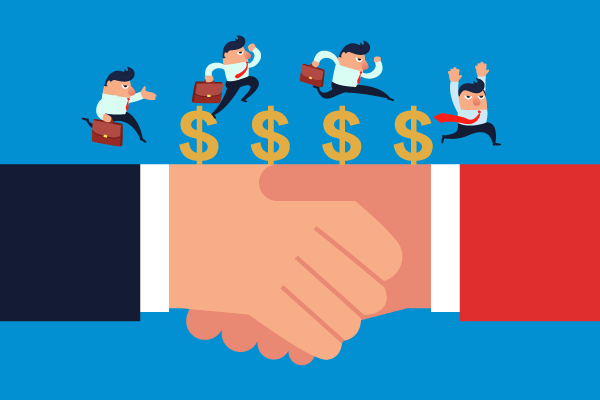 In commercial negotiations, it’s often the opening offer that shapes the behaviors and outcomes that follow. While traditional wisdom favors “tough” negotiating tactics such as opening aggressively or punting the first offer across the table, new research finds that a very different approach—making the first offer, and making it generous—may be a more effective way to get the concessions you want.

In that case, woe to the trusting soul on the other side.

At issue is a class of actions known as economically vulnerable behaviors, wherein a degree of trust between two parties may put one at risk of exploitation. In new research published in Psychological Science, researchers explored how a very attractive first offer might inspire such behaviors by causing the recipient to become too trusting for their own good.

“We focus here on one kind of economically vulnerable behavior: the disclosure of negative information,” write Martha Jeong (Hong Kong University of Science and Technology), Julia A. Minson (Harvard Kennedy School), and Francesca Gina (Harvard Business School). In a business transaction, such information could place the discloser at a potential bargaining disadvantage, for instance by revealing flaws or weaknesses in the item or service being negotiated, or even in their own negotiating position.

Jeong et al.’s research contradicts previous research, published between 1967 and 2013, that found opening offers to be powerful “anchors” that shape negotiations, thereby making it best to start aggressively—even at the risk of seeming disagreeable to the other party. Moreover, the thinking went, in a marketplace that rewards buying low and selling high, an undesirable offer “should be interpreted as a sign of unfavorable market conditions, not nefarious interpersonal intentions,” they explained. “By contrast, extremely generous offers may be considered a sign of incompetence on the part of the offer-maker (who has failed to appropriately assess the market) or a warning that the offer-maker is engaging in cheap talk or even fraud.”

In their new experiments, the researchers set out to explore the consequences of these theories and to explore the implications of prior research suggesting that trust is earned “by engaging in behaviors that display benevolence, integrity, dependability, and fairness.” Across four studies in the field and laboratory, they manipulated the value of first offers and measured the economically vulnerable behaviors the recipients then exhibited toward the offer-makers.

The first two studies involved listings for used bicycles on the online marketplace of Craigslist.com.

In one, the researchers posed as a potentially interested buyer of a bicycle. The participants were 513 individuals who had actually listed a bike for sale in one of six large U.S. cities. All had valued their bike at $500 or more and described its condition as “like new,” “excellent,” or “good.” The researchers sent messages alternating between a low or high first offer, basing the amounts on a pretest that led them to define low offers as 59% of the list price and high offers as 79% of the list price, rounded up to the nearest $5. They also asked if they could take the bike for a test drive, and if it had any problems.

The second study was a conceptual replication of the first in a controlled environment, using participants recruited on Amazon’s Mechanical Turk.  Participants were instructed to imagine they were selling a specific bicycle on Craigslist.com and to provide their reactions to different first offers from potential buyers. Again, the first-offer price affected how trustworthy the seller perceived them to be, as well as the seller’s likelihood to engage in context-appropriate economically vulnerable behaviors. Recipients of high offers rated the buyer as more trustworthy and were far more likely to disclose that the bike had a hairline fracture, to allow a test ride without collateral, and to accept a check instead of cash as payment.

The first-offer price affected how trustworthy the seller perceived them to be, as well as the seller’s likelihood to engage in economically vulnerable behaviors.

The third and fourth studies tested the boundaries of these effects “to see whether negotiators continued to hold different trustworthiness perceptions of counterparts based on first offers, even when they were told that the first offers were randomly assigned by the experimenter,” Jeong et al. write. In both of these debiasing tests, participants recruited on M-Turk were told they would be engaging in a negotiation, either to sell two movie theater tickets (study 3) or to buy or sell something on Craigslist (study 4). Once again, the researchers “demonstrated that first offers closer to a recipients’ target are more likely to elicit economically vulnerable behaviors than more-aggressive first offers.” The effect “vanished only when recipients were made to explicitly acknowledge that the offer-maker had no control over the first-offer amount.”

Collectively, the findings document “a novel relationship between first-offer value and trust perceptions,” Jeong et al. observe, revealing “that first offers carry additional interpersonal and behavioral consequences” beyond serving as negotiating anchors. They also affect downstream negotiating dynamics, suggesting that not only should offer-makers consider the benefits of earning their counterpart’s trust, but also that offer-recipients should check their judgment before quickly leaping to “yes.”

News > Minds at Work > Tempted by a Generous First Offer? Keep Your Guard Up

Making a very precise offer for a car or a house may hurt your chances of success if you’re negotiating with someone who has expertise in that area, a series of studies shows.