News > Minds at Work > Anger Derails Negotiations, Unless You Have a Plan 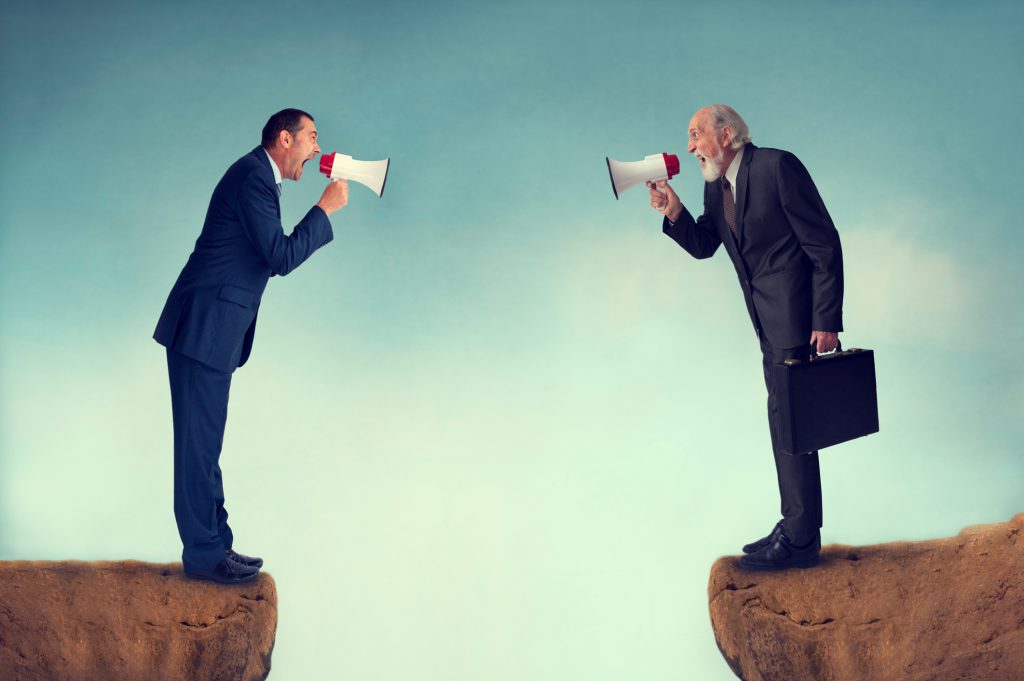 Movies like Wall Street and Jerry Maguire are famous for their tense negotiation scenes — lots of yelling, gesticulating, and maybe someone throwing something across the room for added emphasis. But research shows that blowing your top like Gordon Gekko or Jordan Belfort is a good way to scuttle a deal, since angry people tend to make irrational decisions that lead to lower offers.

A team of psychological scientists from Saarland University in Germany wanted to test out possible solutions that could help people keep their eyes on the prize during a contentious negotiation. Andreas Jäger, David D. Loschelder, and Malte Friese found that when people experienced both intrapersonal anger (making decisions while being angry at the other party) and interpersonal anger (negotiating with an opponent who is angry at you), their heated emotions threatened the success of the negotiation — that is, angry people tend to make lower first offers and irrationally reject perfectly good deals.

“From union-management negotiations about sick pay, to car dealers haggling with customers, to parents discussing bedtime with their children, it is hard to imagine a negotiation where anger does not play a vital role,” the researchers write. “It has been amply shown that anger usually impairs outcomes for at least one of the parties.”

However, Jäger and colleagues found that forming an if-then plan (“If situation X arises, then I will do Y”) before things got heated helped negotiators maintain their profits, even when dealing with an intentionally provocative opponent. Another helpful strategy involved taking a moment to put yourself in the other person’s shoes and focusing on their motives,a technique called perspective taking.

In one study, Jäger and colleagues tested the hypothesis that if-then plans and perspective taking could help shield people from conceding too quickly when facing an aggressive, threatening opponent.

A total of 94 college students came into the lab were told they would be negotiating the sale of a smartphone. The students were told that they would be conducting the negotiation online against members of the university’s management department, where the opponent was ostensibly located during the negotiation session. In reality, all of the participants were interacting with a computer program using standardized, scripted responses.

There were three different components of the smartphone that were up for negotiation: price, warranty period, and number of download credits. Each of these components had 9 different levels and each level was worth 9 points in the negotiation. For each point they earned in the negotiation, participants received a lottery ticket for a €50 gift certificate.

The negotiation consisted of six rounds of alternating offers and counteroffers. Participants made their offers by moving a slider for price, warranty, and download credits. Participants could also talk to their opponent using short text messages.

At the start of the negotiation, participants were randomly assigned to one of four possible conditions: anger, no anger, anger and a set goal, or anger and an if-then plan. In the three anger conditions, the “opponent” sent angry, threatening messages such as, “Your offers make me angry! Either you seriously start making better offers or we both end this without any profit.”

Prior to starting the negotiation, participants in the set goal condition were instructed to focus on negotiating persistently, regardless of the opponent’s behavior. In the if-then plan condition, participants were asked to form the following plan: “If my opponent makes a demand, then I will remind myself that s/he depends on me as much as I depend on her/him, and I will stick to my offer.”

As expected, facing off against an angry opponent “constituted a serious disadvantage” for participants; those in the anger-only condition made significantly lower final offers (more concessions) than did participants in the no anger condition. However, coming up with an if-then plan before the negotiation effectively shielded participants from conceding to an intimidating opponent. Setting a goal to negotiate persistently was also helpful, but less so than coming up with an if-then plan.

In another experiment, a confederate of the researchers provoked anger in participants during a negotiation by calling them “stupid.” Again, those who had been primed with an if-then plan came out ahead compared to those without one.

The research team suggests that coming up with an if-then plan is practical strategy for helping people stick to their guns during challenging negotiations.

“If-then plans are particularly suited for real-life interventions because they are easy to understand and use, and highly effective in a broad range of real-world contexts,” the researchers conclude.

News > Minds at Work > Anger Derails Negotiations, Unless You Have a Plan