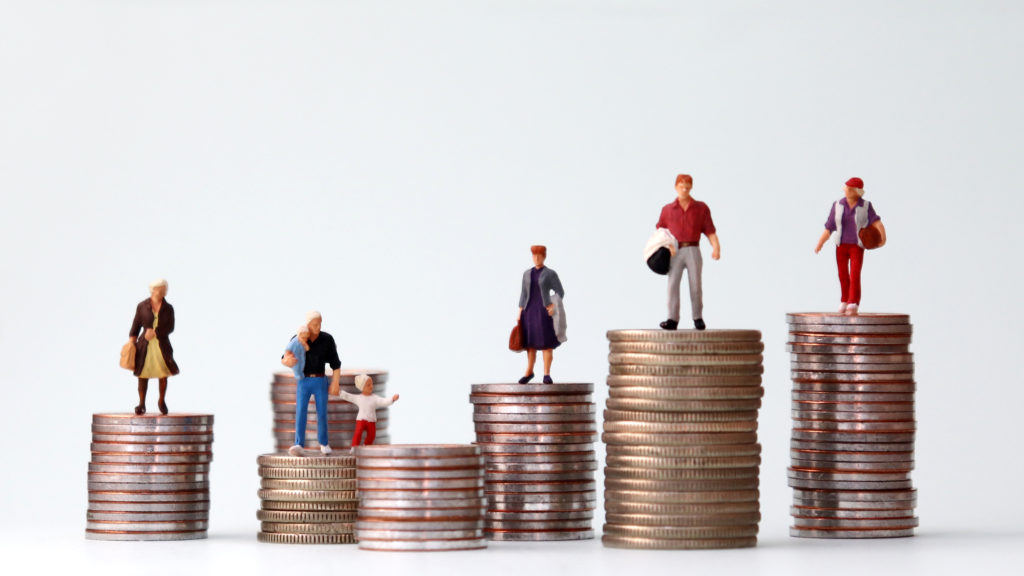 Peer-to-peer platforms have changed the labor market by enabling millions of workers to earn money on their own schedules, whether driving for Uber or Lyft or caring for others’ pets through Rover. Unfortunately, this freedom and flexibility often come at a cost, quite literally. New research finds that “contract trading”—in which contract pricing replaces traditional wage setting—lowers freelance contractors’ perceived value and actual earnings alike, even when their actual work product is identical to that of a traditional employee. The findings support concerns that the changed labor market will increase economic inequality among workers.

In Psychological Science, APS Fellow Ilana Ritov, a professor of psychology at the Hebrew University of Jerusalem, and Amos Schurr, a senior lecturer at Ben-Gurion University of the Negev, say that two psychological processes may be at work in these unequal valuations.

The first process involves changes in reference points. “Under this account, employment-wage and job-contract settings impose different reference points on individuals engaged in the market,” Ritov and Schurr write. The parties’ loss aversion relative to these reference points impacts the value they assign to the same labor in a given transaction.

In the traditional employment-wage setting, for instance, a taxi driver views giving up his or her free time as a loss, while the taxi company owner views the driver’s labor as a gain. In a contract-pricing setting, however, the Uber driver views a new ride as a gain, whereas the rider (the employer, in this case) sees it as a loss. “Seminal work on determinants of valuation shows that losses, relative to the prominent reference point, loom larger than gains,” the researchers write.

The principle of asymmetry in value between buyers and sellers yields similar predictions, although the roles of buyer and seller depend on the transaction frame (employment wage vs. job contract). Specifically, under the employment-wage setting of a traditional taxi ride, the driver’s loss aversion amplifies the compensation he or she requires. And in the Uber ride, the rider’s loss aversion steps up his expectation for a good buy. “All else being equal, high-contract selling prices imply reduced value of the labor itself under these conditions,” the researchers write.

“All else being equal, high-contract selling prices imply reduced value of the labor itself. The second psychological process affecting valuation of labor could be attentional, according to Ritov and Schurr. “Under this account, workload draws most attention in employer-employee relationships. However, when work is being contracted, offers and demands are likely to be affected more by the remuneration for a completed work and to be less sensitive to the amount of work that is required.”

“[W]hen work is being contracted, offers and demands are likely to be affected more by the remuneration for a completed work and to be less sensitive to the amount of work that is required.”

The researchers conducted three experiments to explore work valuation under employment-wage and job-contracting settings, with pricing variables impacting “bids” for either paying for or performing the task of completing questionnaires. In one experiment, students participated in 16 experimental market sessions; another attempted to replicate these findings using Amazon MTurk workers and a different value-elicitation procedure; and the third examined whether the transaction frame effect uncovered in the first two experiments would be replicated even when participants evaluated the labor in both transaction frames.

Across the three experiments, “[t]he obtained bids confirmed our prediction,” the researchers write. “The net value assigned to performing the task was lower in the job-contract setting than in the employment-wage setting. This effect did not stem from differences in judged effort, as the transaction frame did not affect estimated effort.” Nor did the effect “appear to stem from differences in wealth caused by ownership or lack of ownership of the questionnaire [in this case, the labor task], given that the effect occurred even within participants, when ownership did not change.”

Instead, the results “are compatible with the assumptions of the reference model of value,” where there is an asymmetry in value between gains (which loom smaller) and losses (which loom larger) relative to the parties’ initial reference state. Ritov and Schurr “demonstrated that this asymmetry results in a decrease in the net value of labor when one trades contracts instead of labor,” they write, due in part to the parties’ different roles in the two settings. Their main finding “points to a novel factor that has far-reaching implications regarding the increase in inequality,” suggesting the growing importance of endowment and “widening the gap between people who are materially endowed and people who are not.”

The vast majority of Americans underestimate the magnitude of economic inequality between Whites and racial minorities, particularly Black and Latinx people, according a research reported in Perspectives on Psychological Science.