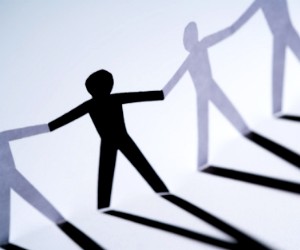 Franklin Raines was appointed CEO of Fannie Mae in 1999 — making him the first black CEO in America to lead a Fortune 500 company. Since then, only 14 other black CEOs have assumed the top leadership role within America’s most powerful companies.

For years, researchers have found evidence that managers show bias against black personnel, particularly when they’re in positions that involve customer contact. But new research explores how this racial bias extends all the way to the most senior leadership roles of a company.

“Whereas prior work focused exclusively on rank-and-file employees, we find that customer discrimination appears applicable to leaders as well,” psychological scientist Derek R. Avery of Temple University and his co-authors write. “It seems that leaders can influence customer behavior directly, beyond any indirect effects through their subordinates.”

To test this theory, the researchers recruited a group of 189 participants for an online experiment. Each participant was shown the headshots and background information for a sales team of 12 members and one manager. Half of the participants saw that the team leader was black, while the other half saw a white team leader.

The results revealed that a leader’s race influenced participants’ evaluations, but only under certain conditions.

When sales were poor, black team leaders were appraised much more harshly than white ones, and participants were also much less likely to make a purchase from them.

Additional experiments looking at archival data on leadership from professional basketball and football leagues showed a similar pattern; when the head coach of a team (essentially, the most publicly visible leader of the franchise) was black, they were much more likely to have fairweather fans who quit attending games when the team performed badly.

Interestingly, the researchers found that the interaction between a coach’s race and sports fan purchasing behavior declined over time, as overt racism became more taboo in more recent years.

Avery and colleagues point to recent evidence that organizations that are already failing are more likely to appoint blacks to senior leadership positions, potentially provoking a perpetual cycle that reinforces stereotypical views that blacks are unfit for leadership.

The researchers note that boosting consumers’ familiarity with a leader is one tactic that has been shown to help reduce negative stereotyping.

“In general, information about a leader’s background or high corporate performance should buffer companies against the potentially deleterious effects of leader characteristics,” the researchers conclude.