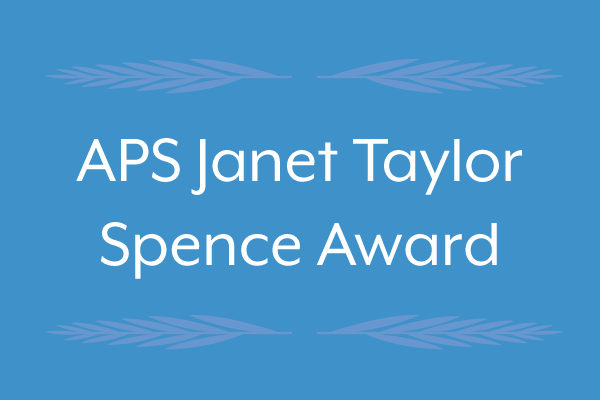 “The winners of the 2022 APS Spence Award represent some of the brightest and most innovative young psychological scientists in the world,” said APS Executive Director Robert Gropp. “I join my colleagues in applauding the zeal and creative work of these remarkable individuals.”

The Spence Award is named in honor of Janet Taylor Spence, the first elected APS President. Spence’s career exemplified transformative contributions to psychological science. She developed new approaches to research and pioneering tools, including the Taylor Manifest Anxiety Scale and the Attitudes Toward Women Scale. She also epitomized the spirit of crossing disciplinary boundaries with work on topics ranging from schizophrenia to developmental psychology to gender bias.

The 2022 award recipients will be featured in an upcoming issue of the Observer, the APS member magazine, and the APS podcast Under the Cortex, as well as honored publicly in 2022.