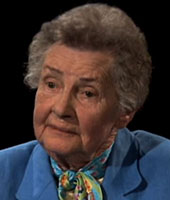 Research contributions can be transformative in various ways, such as the establishment of new approaches or paradigms within a field of psychological science, or the development or advancement of boundary-crossing research.  Award recipients reflect the best of the many new and cutting edge ideas coming from of our most creative and promising investigators who together embody the future of psychological science.

Recipients of the APS Janet Taylor Spence Award are recognized at a special symposium at the APS Annual Convention.

This Award is a fitting tribute to its namesake, Janet Taylor Spence, the first elected APS President. Spence’s career exemplified transformative contributions to psychological science. She developed new approaches to research and pioneering tools including the Taylor Manifest Anxiety Scale and the Attitudes Toward Women Scale, and she epitomized the spirit of crossing disciplinary boundaries with work on topics ranging from schizophrenia to developmental psychology to gender bias.

The first awards were conferred by Spence herself in May 2010 at the APS 22nd Annual Convention.