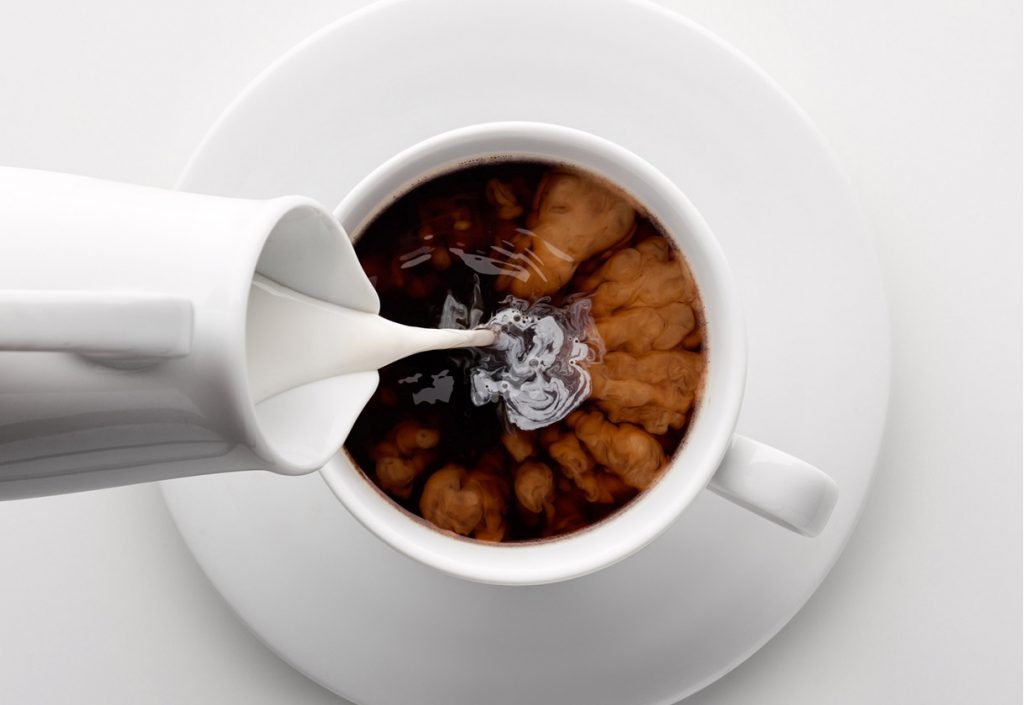 Birthday celebrations often follow a formula, including off-key singing, making a birthday wish while blowing out candles, and the ceremonial cutting of the birthday cake. New research suggests that this ritual not only makes the experience more memorable, but might also improve the taste of the cake.

Psychological scientist Kathleen Vohs of the Carlson School of Management at the University of Minnesota wondered about the power of rituals after noticing the funny routines that people — including Vohs herself — often perform before eating and drinking:

“Whenever I order an espresso, I take a sugar packet and shake it, open the packet and pour a teeny bit of sugar in, and then taste,” Vohs observes. “It’s never enough sugar, so I then pour about half of the packet in. The thing is, this isn’t a functional ritual, I should just skip right to pouring in half the packet.”

Vohs and colleagues conducted four experiments to investigate how these kinds of ritualistic behaviors might influence our perception and consumption of various foods.

In the first experiment, some participants were asked to eat a piece of chocolate following a detailed set of instructions: “Without unwrapping the chocolate bar, break it in half. Unwrap half of the bar and eat it. Then, unwrap the other half and eat it.”

The other participants were simply instructed to relax for a short amount of time and then eat the chocolate bar in whatever fashion they wished.

The results showed that those who had performed the “ritual” rated the chocolate more highly, savored it more, and were willing to pay more for the chocolate than the other group. The findings suggest that a short, fabricated ritual can produce real effects.

A second experiment reinforced these findings, showing that random movements don’t produce a more enjoyable eating experience. Only repeated, episodic, and fixed behaviors seem to change our perception of the food.

The data also revealed that a longer delay between ritual and consumption bolstered these effects, even with a neutral food like carrots; the anticipation of eating carrots following a ritual actually improved their subjective taste.

In the final two studies, Vohs and colleagues showed that personal involvement in the ritual is paramount — watching someone else methodically mix lemonade doesn’t make it taste any better. Additionally, they found that “intrinsic interest” — the fact that rituals draw people into what they are doing — fully accounted for the positive effects that rituals have on our eating experiences.

While these rituals may seem small or mundane, the researchers note that the effects they produce are quite tangible. And while rituals are common before mealtimes, they could play a role in other situations, too:

“We are thinking of getting patients to perform rituals before a surgery and then measuring their pain post-operatively and how fast they heal,” Vohs says.

Co-authors on this research include Yajin Wang of the Carlson School of Management at the University of Minnesota; Francesca Gino and Michael Norton of Harvard Business School.

Since 1985 I have been a wellness consultant and have found many documentable benefits to this concept. This is something I have my clients slowly read before they eat:
Conscious Eating
✔ Be conscious of the appearance and smell
✔ Give thanks and continue in Appreciation ❤
✔ Chew food throughly to insure proper digestion
✔ Tune in to the texture and flavor, BE Present
✔ Continue eating with gladness and appreciation
✔ Stay conscious of how fast you are eating
Beach House Wellness 2018

It has a huge effect on the outcome of a variety of health issues and can change the way people depend on food for emotional support. Thank you for this article!!