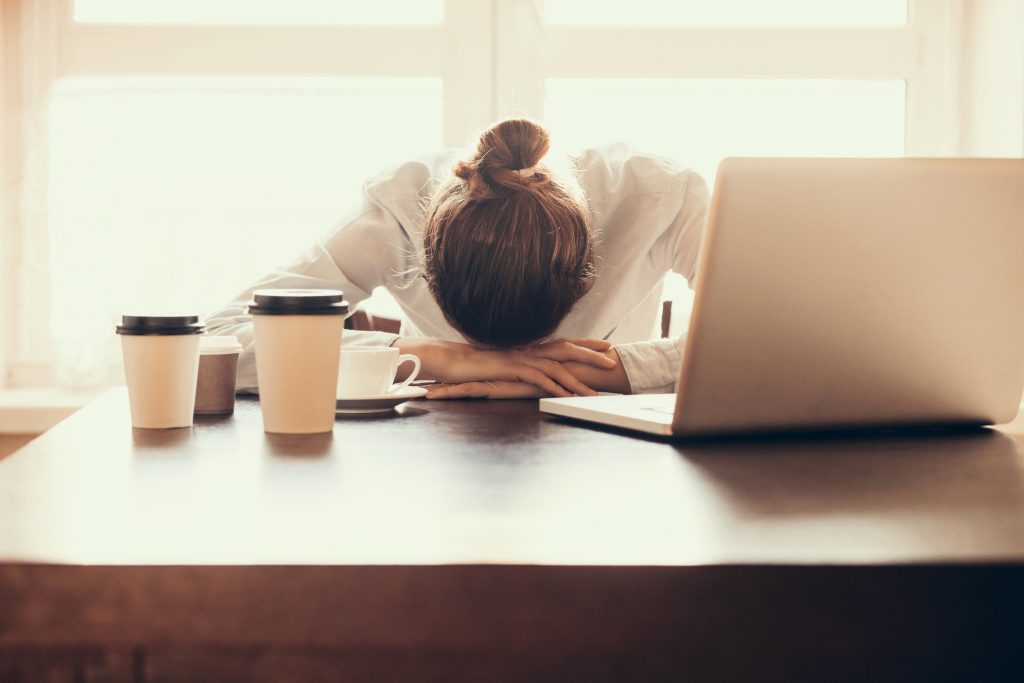 As workers in the United States continue to work more hours every year, the National Sleep Foundation finds that Americans on average are also gradually getting fewer hours of sleep each year. For many workers, staying late and burning the midnight oil is worn as a badge of honor; but research suggests that losing sleep for workers may come at a price for organizations.

Psychological scientists Michael S. Christian and Aleksander P.J. Ellis found evidence suggesting that sleep-deprived employees, those who received less than 6 hours of sleep in a night, were more likely to be engage in negative and unethical behavior at work the next day.

Previous research indicates that sleep deprivation has little effect on logical reasoning, but can impair the function of the prefrontal cortex, a brain region involved in self-regulation and emotions, which reduces our ability to regulate negative moods and hostility. Therefore, Christian and Ellis hypothesized that sleep-deprived workers would have a tougher time resisting negative impulses.

“Individuals with low regulatory resources are likely to react to potentially frustrating or difficult situations in their work environments with negative emotions such as hostility, which, we argue, becomes an issue for sleep-deprived employees,” Christian and Ellis write in the Academy of Management Journal.

To test this theory, Christian and Ellis surveyed 171 nurses at the beginning and end of their shifts. Before their shifts started, the nurses were asked to complete self-report measures designed to gauge levels of sleep deprivation, self-control, and hostility. Twelve hours later at the end of their shifts, they were asked about whether they engaged in any deviant behavior during the shift, such as making hurtful comments or intentionally working slowly.

The results showed that nurses who had less than 6 hours of sleep the night before were significantly more likely to report committing deviant acts at work than those who were better rested.

In a follow-up study, 75 business students participated in a lab experiment looking at whether sleep deprivation would lead to increased rates of cheating and hostility. The students were divided into two groups: one stayed awake for a full 24 hours in the lab, while the other group was told to sleep normally—no less than 7 hours of sleep per night—for the two nights before the experiment.

The next day, both groups of students were asked to respond to a set of emails from prospective students interested in applying to their business school as part of a new electronic mentoring program. Participants were specifically told that they would be representing the business school with their responses to the potential applicants.

The emails from potential students contained a number of grammatical and spelling mistakes, as well as negative comments about the business school.

Using a predetermined coding system, participants’ responses to these emails were rated for inappropriateness, such as making fun of the sender, cursing, or making racial or ethnic remarks.

Participants from the sleep deprivation condition were significantly more likely to include negative and inappropriate language in their responses, suggesting that they were having a harder time keeping their emotions in check than their well-rested counterparts.

In a second lab experiment, participants were given an opportunity to cheat for small amounts of money. First, they took a short pre-test measuring reasoning. They were then given another similar test and were told they’d receive $1 for each correct response, which they graded themselves. Participants rewarded themselves for their correct responses by taking cash out of an envelope in the room.

The findings revealed that the sleep-deprived participants were more likely to cheat, taking more cash than they’d actually earned compared to the well-rested group.

“Results from our field and lab samples largely converged to show that the effects of sleep deprivation can lead to decreased self-control and increased hostility, which increase the likelihood that individuals will engage in workplace deviance,” writes Christian and Ellis.

Importantly, these results suggest that sleepiness have serious consequences for jobs where regulating emotions are important, such as customer service. For example, sleep-deprived employees with difficulty regulating and hiding their negative emotions may be more likely to lash out at an irate customer. Managers may want to be more aware of when employees are putting in long hours at work so that they can more closely monitor any consequences of sleep deprivation.

Organizations, particularly those that require long or irregular hours, may look to workplace napping and sleep awareness training as additional options to combat the negative effects of sleepiness at work.