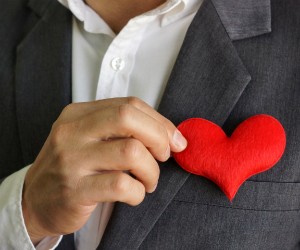 Some economists argue that a business leader’s primary responsibility is to maximize company profits and that the pursuit of any other goal, including contributing to the broader welfare, is just bad business.

To get this plan off the ground the CEO must decide on the best way to justify this decision to stakeholders. Will the plan garner more support if it’s described as a moral obligation to contribute to employee well-being, or simply a way to improve the company’s bottom line?

According to a new study recently published in Psychological Science, a leader’s use of moral framing can have a powerful effect on the success of their projects. Psychological scientists Alex B. Van Zant and Don Moore of the University of California, Berkeley found that when a leader appeals to our sense of morality, we’re much more likely to support their ideas.

“Because actors’ intentions are fundamental to making sense of their actions, moral justifications may signal moral character and rally more support than pragmatic justifications,” Van Zant and Moore explain.

In one experiment, a group of 252 participants read a CEO’s proposal to start making healthy meals available for free to employees.

In one condition, the CEO’s reason for wanting to start the new program was pragmatic—free meals would help motivate employees to work longer hours while taking fewer sick days—while in the other condition the CEO’s goal was to improve employee well-being and quality of life.

After reading about the policy, participants rated the CEO using a 7-point scale on nine different traits associated with perceptions of morality (i.e., kind, compassionate, and caring).

As expected, people were strongly swayed by the CEO’s personal justifications for instituting the new policy. When the CEO framed the new “free lunch” program in moral terms, people were significantly more supportive than when the policy was framed as merely pragmatic.

Additionally, participants perceived a CEO who used moral justifications as being more upstanding and moral than a CEO who was focused on the company’s bottom line. Essentially, people seemed to interpret a CEO’s moral justification as a signal of their moral character.

In another experiment, the researchers tested whether people were more supportive of leaders that had upstanding moral character, regardless of how the leader framed the justification for their business decision.

A group of 251 participants participated in an online survey where the CEO was either described as highly moral (i.e., kind, compassionate, and caring) or not so moral (i.e., inconsiderate, cruel, and neglectful). Again, the CEO in question had devised a plan for the company to hire fulltime chefs to provide free, healthy meals to employees throughout the day.

As long as the CEO was viewed as being moral and upstanding, participants were willing to support their program—regardless of whether the justification was framed as moral or pragmatic.

Interestingly, Van Zant and Moore also found that moral justifications for a decision could help insulate a CEO from backlash if the business decision didn’t pan out.

In another scenario, participants read about a CEO proposing a raise for employees. In one condition, the CEO made an appeal to fairness by stating that “it is only fair for us to make sure that their talent and dedication is recognized the way it deserves to be.” In the pragmatic-frame condition, the CEO instead emphasized the potential cost benefits to the organization: “We need to pay them better to keep them productive and likely to stay with our company for the long term.”

After this explanation, all participants read that, in light of unanticipated economic difficulties, the CEO was unable to raise salaries as promised.

As Van Zant and Moore predicted, the CEO’s reputation fared much better when they had initially used a moral, rather than a pragmatic, justification for raising wages.

“We found that use of a moral policy frame somewhat insulated a leader from moral outrage—even after the leader reneged on a commitment,” the researchers conclude.

Hitting the Streets for Science: What Motivates Protest Behavior?

This past weekend tens of thousands of people participated in science marches in more than 600 cities around the world. Scientists on all seven continents — even Antarctica – participated in the protest. At a

The Ethical Calculus of the Tax Cheat

Researchers propose that people behave immorally only to a certain extent so that they can profit from their misconduct but still feel moral.

Breaking the rules — and feeling good about it

I once worked for an organization that required a fair amount of business travel. I had a colleague who, for medical reasons, had to eat frequent, small meals. But when he submitted his expense report