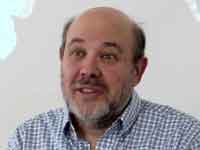 In 2012, APS Fellow and Charter Member David C. Rubin, Duke University, received an honorary degree from Aarhus University, Denmark, at a ceremony attended by Queen Margrethe II. Rubin has been connected to Aarhus University since 1985. He was a visiting professor for 2 years and has published over 20 More

National Institutes of Health Director Francis S. Collins announced that APS Fellow and Charter Member Richard Nakamura will be the new director for the NIH’s Center for Scientific Review (CSR). Nakamura has been serving as the acting director since September 2011. Nakamura came to NIH’s National Institute of Mental Health More

The Society for Research in Child Development, SRCD, is seeking applications for upcoming Policy Fellowships for 2013-2014. There are two types of Fellowships: Congressional and Executive Branch. Both provide Fellows with exciting opportunities to come to Washington, DC and use their research skills in child development outside of the academic More

APS Fellow Michele J. Gelfand, who studies conflict and conducts comparative cultural research, accepted the Anneliese Maier Research Award at a ceremony at Heidelberg University in Germany. The award is granted by the Alexander von Humboldt Foundation and includes a €250,000 prize, which will fund Gelfand’s collaboration with Klaus Boehnke More

APA Call for Nominations for Awards for Year 2013

Deadline: February 15, 2013 The Society for General Psychology, Division One of the American Psychological Association is conducting its Year 2013 awards competition, including the William James Book Award for a recent book that serves to integrate material across psychological subfields or to provide coherence to the diverse subject matter More