The APS Mentor Award for Lifetime Achievement recognizes those who have significantly fostered the careers of others, honoring APS members who masterfully help students and others find their own voices and discover their own research and career goals. Four psychological scientists have been selected to receive the 2014 APS Mentor Award. 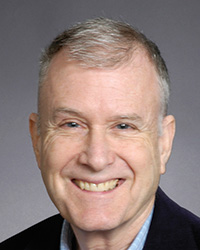 Richard E. Nisbett is one of the most distinguished social psychologists active in psychological science today, and has won virtually every major award in the field, including the APS William James Fellow Award and now the 2014 APS Mentor Award. He is a prolific researcher whose work has fostered a greater understanding of human behavior and whose 1977 paper with APS William James Fellow Timothy Wilson, “Telling More Than We Can Know: Verbal Reports on Mental Processes,” is highly influential in the analysis of cognitive processes.

Nisbett integrates his research on culture and cognition with the practical reality of his mentoring responsibilities. To assist his international students, he hired a speech coach to help with effective presentation and public speaking. His mentees describe him as a dedicated mentor who treats his students as equals and guides them toward a systematic and insightful way of reasoning.

Notable among Nisbett’s mentees is the similarity between their own careers and their mentor’s: Many have worked at only one or two universities, as he has. As APS Fellow Dov Cohen describes, “It is as if we all learned the lesson: Make a home for yourself, do the very best work you are capable of doing, and don’t worry about all the rest.” Nisbett is honored for fostering growth and learning in myriad young academics, for his extensive and far-reaching research in the field of social psychology, and for always making a home for his mentees. 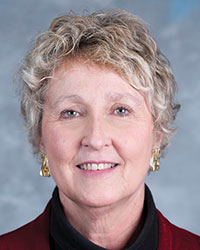 APS Fellow Megan R. Gunnar is an expert on stress and emotion regulation in children and adolescents. She has achieved unparalleled insight into social development, neurobiology, and stress in both humans and animals. Over her career, Gunnar has produced not only a large body of developmental psychology research, but also, in the words of her nominator and mentee Nim Tottenham of the University of California, Los Angeles, “a new generation of scientists focused on understanding the role of early adverse environments on human psychobiological development.”

Former students credit Gunnar’s guidance for their success publishing research in top-tier journals and obtaining research funding from the National Institutes of Health; the US Department of Health and Human Services; the Grant, Spencer, and Sloan Foundations; and other prestigious sources. She has mentored researchers at all career stages — from undergraduates through faculty members at top universities. As a long-term, committed supporter of her students, Gunnar has personally funded research projects and research-related travel and offers valued advice on balancing academic and personal responsibilities. She is also well-known for providing timely, creative feedback and advice on manuscripts and research proposals.

For her mentees, Gunnar has also modeled a collaborative and cooperative approach to science. Tottenham recalls one meeting at which lab members received news that scientists at a different lab had published material Gunnar’s team had hoped to publish first. Instead of disappointment, Gunnar showed genuine excitement about the overlap in the two teams’ results — a gesture that impressed her students and informed their own attitudes toward research. 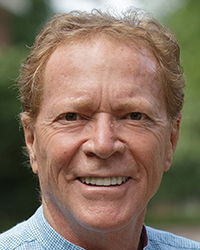 APS Fellow Gilles O. Einstein is known for his prolific research on prospective memory — remembering to perform actions, such as giving a friend a message or taking medication, in the future. Notably, in 1990 he developed with APS Fellow Mark McDaniel of Washington University in St. Louis a novel laboratory-based technique, which has been used and extended by many researchers.

At Furman University, a liberal arts college where he chaired the Department of Psychology for 16 years, Einstein strives to provide his many undergraduate students with the experience they need to pursue research careers, helping them develop specific research questions from broad interests and challenging them with substantial responsibilities in the lab. His nomination for the Mentor Award included letters from 47 former research students who have gone on to pursue careers in the sciences (including 43 PhD students). Over Einstein’s career, he has published more than 100 journal articles and book chapters, many of these coauthored with Furman undergraduates. He has won two teaching awards at Furman and is also a champion of undergraduate research outside of psychological science. He served for 14 years as chair of the university-wide Furman Advantage program that supports summer undergraduate research opportunities across all disciplines.

“Most of the students Gil works with never knew there was a science of psychology before entering his classroom,” writes former student Michael K. Scullin, currently a postdoctoral fellow at Emory University, “but he finds a way to inspire these students to give science a try.” Einstein has been responsible not only for encouraging students to try science, but also for helping them form professional networks, polishing their public-speaking skills, and helping them apply to and obtain funding for graduate school.

Some of Einstein’s students have been inspired to follow in his footsteps as mentors. Cynthia May, a professor of psychology at the College of Charleston, writes that she took a position at the University of Arizona after completing her PhD but missed the student-mentor interaction that Einstein had taught her to value. After consulting her former mentor, she writes, “I decided to move to a liberal arts institution where I could offer undergraduates the same experiences I enjoyed at Furman” — the mentorship. 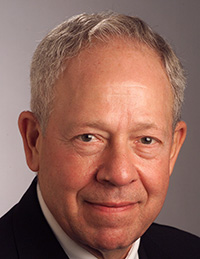 Robert Rosenthal has been a prominent figure in the field of psychological science for more than 50 years, working to further understanding of interpersonal expectancy effects, including how teachers’ expectations affect their students’ academic achievements. Rosenthal has also advocated for continued examination of the way data are analyzed, arguing that the statistical power and effect size of empirical findings should receive increased consideration. He has been particularly influential in the study of nonverbal behavior and communication, mentoring several students who have gone on to become leading psychological scientists in this area of research. He has been honored with the James McKeen Cattell Fellow Award for his distinguished achievements in psychological science.

As a mentor, Rosenthal has sought to impart information in a straightforward manner, so others can learn from his discoveries. Above all, his mentees say, he is interested in communicating, not just with his intellectual peers, but with the wider scientific community as well. Thus, the scope of his research has reached far beyond his circle of mentees and students. Further, they emphasize his commitment to scientific study as a public service rather than simply a way for researchers to gain recognition through publishing. Despite his busy schedule, mentees recall him as generous with his time and insights. APS Fellow Judith A. Hall notes, “We all keep Bob’s advice and habits that he passed to us in our toolkit even decades after having him personally as a teacher… I regularly pass his insights, statistical tools, and even his words (both wise and funny) down to students at both the graduate and undergraduate levels.”