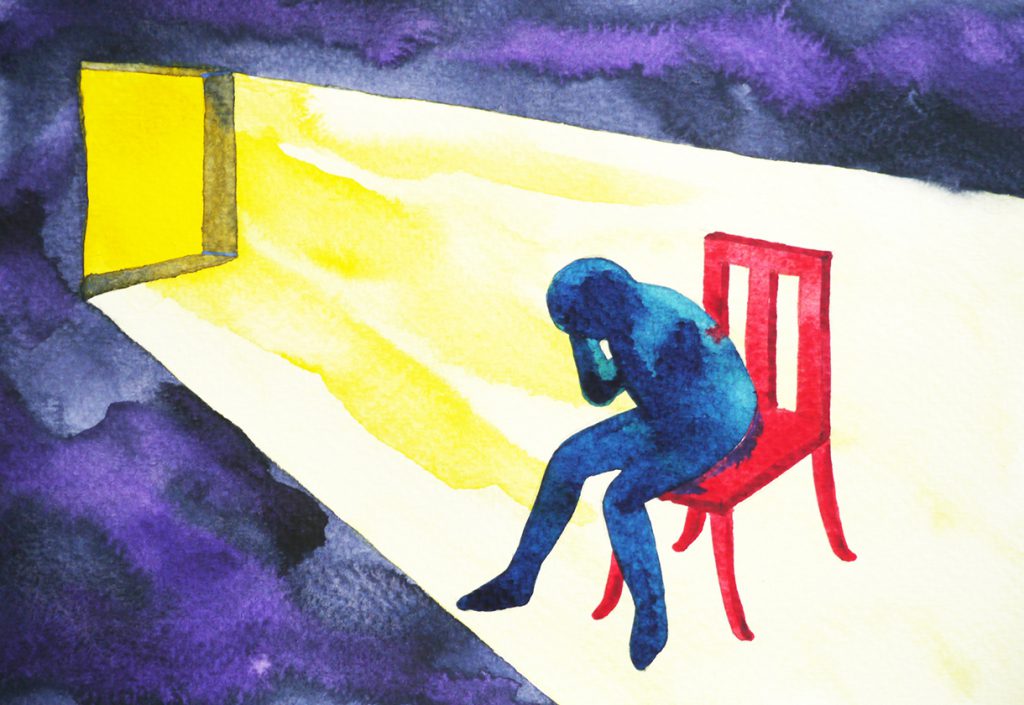 Teenagers and young adults who intentionally hurt themselves engage in such behavior based, in part, on how they experience pain and their emotional distress, according to findings published in Clinical Psychological Science.

“The experience of pain during non-suicidal self-injury remains a mystery and can be difficult for clinicians and families to understand because it challenges our assumption that people want to avoid or minimize pain,” said study author Edward Selby, an associate professor in psychology and a faculty member at the Rutgers Institute for Health, Health Care Policy and Aging Research. “However, people who engage in this behavior intentionally and repeatedly inflict physical injury on themselves despite — or perhaps because of — the physical pain it elicits.”

People experience pain in different ways during nonsuicidal self-injury. Some experience little or no pain; however, others experience pain, which may be used to distract themselves from emotional distress.

The researchers studied 47 young adults between ages 15 and 21 who regularly hurt themselves and did so at least twice in the previous 2 weeks. None of the participants were at risk for suicide or had been diagnosed with a psychotic disorder, life-threatening anorexia or developmental delays. Nearly 70 percent were female, which reflects the higher rate of females versus males who self-injure.

They rated the duration of each injury episode and described the behavior, such as cutting, biting, punching, hair pulling, head banging, or burning. They also rated their physical pain on a scale of zero (no pain) to 10 (extremely painful) and the extent to which they were experiencing one of 21 emotions — such as being overwhelmed, sad, angry, anxious, lonely –before, during and immediately after hurting themselves. The study tracked both the number and types of self-injuries.

In the 143 episodes tracked, most participants reported significant pain when they started to hurt themselves. Those who had high negative emotions at the start and experienced less pain reported repeated self-injuries during that episode. Those who had high negative emotions and felt more pain were more likely to have a greater number of episodes over the 2-week period.

“These findings suggest that the individuals who had high emotional distress and instability sought to use physical pain from self-injury more frequently to relieve their emotional distress,” said Selby. “It also shows that an absence of pain sensation during self-injury may arise as the behavior worsens and can lead these individuals to be less motivated to seek help.”

Selby said the study shows people who hurt themselves experience pain differently and that clinicians should examine their experiences with pain to understand why they started injuring and predict how frequently they may hurt themselves in the future.