Publications > Observer > Observations > The Perils of Trying to Unlearn 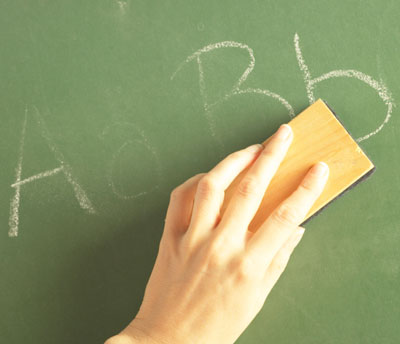 There are tons of studies about how to improve learning, but what happens when we want to unlearn is less clear. Research on learning by association goes back to Pavlov’s famous experiments in which he taught a dog to expect food at the sound of a bell, but scientists have found that getting a dog — or human — to forget an association once they’ve learned it is really hard.

A new paper published in Perspectives on Psychological Science describes how scientists have attempted to change associations. In one study, scientists reported that they had been able to reverse subjects’ racial bias by getting them to associate black faces with smiling, and in another investigation, researchers got familiar names to feel less familiar by changing how clearly they could be read. But Marc Coutanche (University of Pennsylvania) and Sharon Thompson-Schill (University of Pennsylvania), the authors of the Perspectives study, suspected there might be something else going on when people appeared to have lost an association. It just isn’t likely, they insist, that a lifetime of learning can by reversed by 45 minutes in the lab.

So they delved into the field of associative learning to find out more about what happens when associations are “unlearned.” The fact that the subjects are encountering the situation in a lab instead of in the real world might set the stage for learning a new association, he says. Or they might be learning to associate some other cue in the lab environment with a feeling.

It may not always matter what people are learning as long as they’re changing their reactions. In clinical practice, for example, the goal is often to give people new associations; when you’re helping someone get over a phobia, the precise mechanism is less important than the result. Whether they’re changing an old association or learning a new one, as long as they don’t turn to jelly in the presence of a spider, the therapy is a success. But for psychologists who are doing science, Coutanche says, “We need to be careful about drawing strong interpretations of these kind of studies.”

Publications > Observer > Observations > The Perils of Trying to Unlearn

I wonder how deeply the researchers looked at “spontaneous recovery”, the return of an extinguished response after a waiting period.

In order to obliterate the association the person would have to forget that they ever had the previous response, and forget that they changed and how they changed. So it may not be “good” to obliterate it completely since the person could relearn the response in the same way they learned it the first time. Having once had the response and overcome it, there may be the innoculation / immunity effect… they had it, they got over it, an now they are immune? Remembering their will to change, the stress in changing, and the success in changing may also give them a cognitive resistance to ever going back.