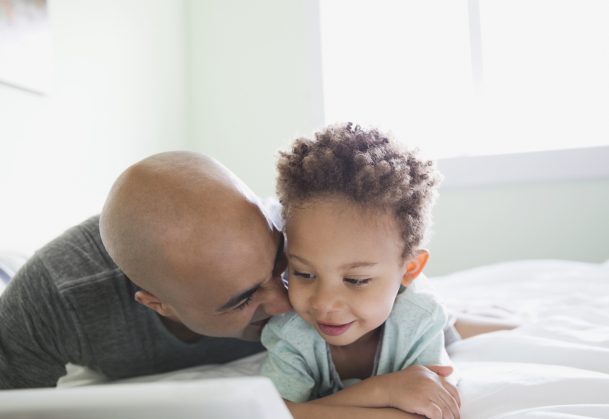 Different fields of study, even within the discipline of psychological science, have a tendency to be fragmented, which can hinder our understanding of complex processes such as human development. Research suggests that understanding children’s developmental well-being in particular requires an integrated awareness of how social relationships, biology, and cognition interact.

In an article published in Current Directions in Psychological Science, psychological scientist Annie Bernier and colleagues from the University of Montreal summarize their latest findings on the connections between children’s sleep quality, relationships with caregivers, and executive functioning — “a set of higher-order cognitive processes that primarily serve the self-regulation of behavior and emotion.”

The brain’s rapid growth in early childhood makes the first few years of life an especially formative time in the course of human development. Since interactions with parents constitute much of a child’s day-to-day life, Bernier and colleagues were interested in how young children’s relationships with parents were associated with their executive functioning.

In a set of studies, they found that children who received higher-quality parenting and showed more secure attachment to their mothers performed better on certain types of executive functioning, such as working memory. Additionally, kids who lived in lower-income households or who had difficult temperaments showed improved impulse control when they received higher-quality parenting.

Parenting and children’s sleep quality, an important factor in both physical and psychological health, also seem to be related. A longitudinal study suggested that both mothers’ and fathers’ mental health and quality of parenting were associated with better sleep in young children.

“Overall, we and others have been finding that both sleep and caregiving experiences relate to child executive performance, but also that sleep and caregiving are interrelated,” write Bernier and colleagues. “Thus … the real processes linking these areas of functioning are almost certainly more complex.”

Research seeking to explain the interrelatedness of these factors suggests that getting enough sleep helps young children to be more responsive to positive caregiving, which in turn supports healthy development.

Since almost all of the aforementioned findings come from correlational studies that can’t conclusively determine causal links, Bernier and colleagues suggest possibilities for experimental designs that would allow researchers to more directly measure the effects of parenting on children’s cognitive functioning.

They also emphasize the importance of interdisciplinary work:

“In sum, joining forces with colleagues working in other disciplines appears crucial for pushing the developmental field forward,” the researchers conclude. “Combining the elaborate longitudinal designs and careful observational measures that are the hallmark of developmental psychology with genotyping and brain-imaging techniques, along with parenting interventions, will provide unprecedented answers to the exciting but complex questions pertaining to the interface of children’s relationships, biology, and cognition.”