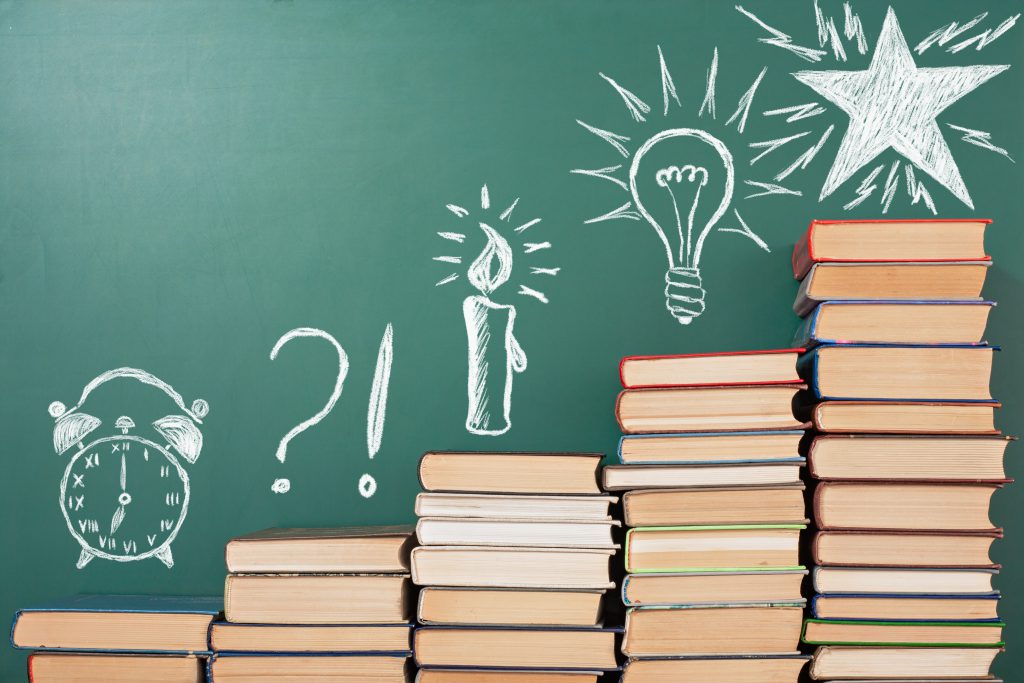 Education may be the most important thing in a young person’s life, but, when faced with yet another lecture or homework assignment, nearly all students in one survey said they wished they were doing something else. This, according to a new article in Perspectives on Psychological Science, suggests that succeeding at “studenting” may require as much self-control as intelligence.

“Everyone’s been in this situation, where you’ve got this piece of chocolate cake in front of you and you don’t really want to eat it but you’re so compelled to, and I think students feel this way all the time with their work,” said coauthor Angela Duckworth, a professor of psychology at the University of Pennsylvania known for her research on “grit” as a pathway to achievement.

In a pair of longitudinal studies following 304 eighth-graders, Duckworth and her colleagues measured students’ self-control through self-reports, questionnaires completed by parents and teachers, and a set of behavioral delay-of-gratification tasks. Based on these scores, they found that, similar to IQ, students who were rated highly for self-control also earned higher grades and standardized test scores. Unlike IQ, however, higher self-control was also predictive of fewer school absences, less procrastination, more time spent studying, and less time spent watching television.

Duckworth, who taught middle school math before becoming a university professor, said these findings aligned with her own time in the classroom.

“Kids actually want to do well,” Duckworth said. “I’ve never met a kid who wants to do worse, but not all of them were able to align their behavior with studying, with homework, with paying attention in class.”

On a larger scale, a study of 1,000 students in New Zealand found that ratings of self-control in childhood were just as predictive of a person’s financial security, income, physical and mental health, substance use, and criminal convictions later in life as intelligence or socioeconomic status were.

While self-control can be grouped with conscientiousness, a Big Five personality trait, it also stands as a unique behavioral measure that may contribute to a person’s overall success.

Self-control exists on the timescale of minutes, Duckworth explained, allowing someone to resist the everyday temptations of texting in class or hitting the snooze button in the morning, whereas grit may provide the persevering passion required to accomplish long-term goals such as winning the National Spelling Bee or attending your college of choice.

Encouraging conscientious behaviors isn’t as simple as telling students to “just use some self-control,” however. Duckworth said she is most excited about the use of situational modifications that make the temptation to neglect schoolwork less powerful – for example turning off your cellphone, or even leaving it in another room, to avoid distracting texts.

“Thinking about ways to avoid these conflicts strategically seems much more efficient, and less torturous over time,” she said.

Galla B. M., Rikoon S. H., Haimm C. A., Duckworth A. (2016). Explaining the phenomenology of self-control conflict. Manuscript in preparation.

Very fascinating and I guess it is the most important predictor of all the much reported ones like intelligence, performance, self esteem etc. I think it requires more explorations across cultures and samples. The important thing is how can one master self control as a child or as a grown-up. I wish more will come in the days ahead.good luck

I am continually disappointed by grit researchers’ failure to discuss environmental factors that predicate whether or not a child has a fighting chance of doing well in school. Self-control lies miles away from the “heart” of student success; access to proper schooling, qualified and invested teachers, academic mentors, parent involvement, and so on are much more close to the “heart” of student success.