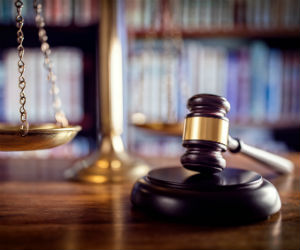 The US Department of Justice (DOJ) announced this week that it will formally integrate findings from psychological science into new training curricula for more than 28,000 DOJ employees as a way of combating implicit bias among law enforcement agents and prosecutors. The training program began rolling out Monday and is expected to continue through 2017.

Accumulated evidence from decades of psychological research has shown that even when individuals do not show outward bias toward individuals from certain groups, they often show evidence of implicit bias – or bias that influences behavior in subtle ways that operate outside of conscious awareness.

Research led by APS Past President Mahzarin Banaji (Harvard University), APS William James Fellow Anthony Greenwald (University of Washington), APS Fellow Jennifer Eberhardt (Stanford University), and other psychological scientists has revealed the wide-ranging effects that implicit stereotypes have in guiding how we think about and categorize others across diverse contexts, from the workplace, to schools, to the court room.

These biases emerge from negative stereotypes associated with particular minority groups and may influence interactions with individuals on the basis of their race, gender, sexual orientation, religion, or other characteristics. Such implicit bias has the potential to be particularly pernicious because it typically goes undetected.

“Given that the research is clear that most people experience some degree of unconscious bias, and that the effects of that bias can be countered by acknowledging its existence and utilizing response strategies, it is essential that we provide implicit bias training to all of our prosecutors and law enforcement agents,” DOJ Deputy Attorney General Sally Q. Yates said in the announcement highlighting the new initiative.

The training program comes at a critical time for law enforcement in the US. Public trust and confidence in the police have remained flat for several decades despite a declining crime rate, a problem that has become especially salient in the wake of recent police shootings of unarmed African Americans. A comprehensive analysis published earlier this year in Psychological Science in the Public Interest underscores research indicating that police must be perceived as treating individuals with respect and fairness in order to have legitimacy.

The analysis suggests that policing practices focused on respectful treatment and transparent decision making are essential to building public trust and encouraging cooperation with the police, an idea that appears to have motivated the new training program.

“[T]hese trainings reaffirm our commitment to a criminal justice system that is fair, impartial, and procedurally just,” Yates said in a DOJ memo. “With implicit bias training, agencies across the country have taken an important step towards strengthening the relationship between law enforcement and the communities we serve.”

According to information provided by the DOJ, implicit bias training will be provided to more than 23,000 agents at the Federal Bureau of Investigation, Drug Enforcement Administration, Bureau of Alcohol, Tobacco, Firearms and Explosives, and US Marshals Service, in addition to the 5,800 attorneys working in US Attorney’s Offices and personnel within the Office of the Inspector General.

The program – based on the “Fair & Impartial Policing” model developed by Lorie Fridell, an associate professor of criminology at the University of South Florida – will focus on implicit bias in relation to race, ethnicity, gender, religion, sexual orientation, gender identity, socioeconomic status, and professional status. Training curricula will be tailored to the specific duties and needs of different DOJ personnel, including day-to-day law enforcement operations and managerial issues such as hiring and promotion.

The National Academy of Sciences has awarded the 2022 Atkinson Prize in Psychological and Cognitive Sciences to Mahzarin R. Banaji.