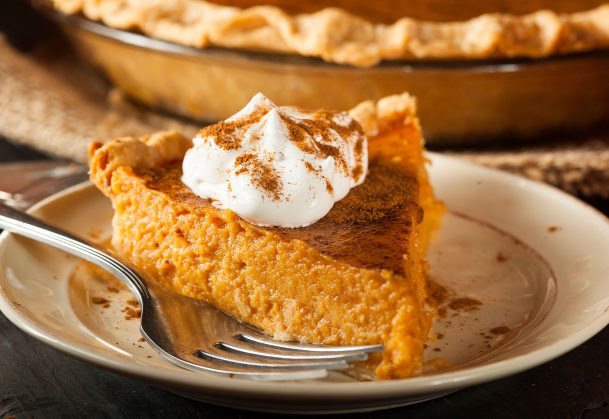 Thanksgiving is traditionally a day for expressing gratitude and spending time with friends and family. But for many of us, it is also a day for eating — a lot. From stuffing to pumpkin pie, the Thanksgiving table is typically laden with a bounty of fat- and sugar-filled treats.

While we might be familiar with the feeling of a “food coma” that can set in after an indulgent meal, new research suggests that a few days of high-fat, high-sugar eating — say, Thanksgiving followed by a weeks’ worth of leftovers — may impair a specific cognitive function: spatial recognition.

To better understand the impacts of a so-called “energy rich” diet on spatial learning and memory, researchers Dominic Tran and R. Frederick Westbrook (University of New South Wales in Australia) conducted a series of experiments in which rats were randomly assigned to eat a particular diet. Rats on the “normal” diet had free access to water and to standard rat chow, which consisted of 25% protein, 15% fat, 55% complex carbohydrates, and 5% sugar. The rats on the energy-rich diet had access to the water and chow, but also lard and a variety of store-bought cakes and cookies. Their diet consisted of an average of 5% protein, 40% fat, 15% complex carbohydrates, and 40% sugar.

The rats were exposed to a box-shaped arena for 10 minutes a day over 2 days, allowing them to become familiar with the environment before their diets were changed. The rats were then tested in the arena to see how well they recognized specific locations and objects they had seen before, and they were retested once a week for the following 3 weeks as they ate their assigned diets.

Because rats are drawn to novelty and like to spend time exploring new places and new things, the researchers could compare how much time the rats spent exploring both novel and familiar locations and objects in the arena to gauge how much they remembered from their previous experience.

The results revealed that a high-fat, high-sugar diet had a selective effect on rats’ recognition, impairing their memory for places, but not objects, they had already seen. The rats on the high-energy diet showed a preference for novel objects that was similar to rats who were fed standard chow, but they showed less preference than the other rats when it came to novel locations.

Additional experiments showed that the indulgent diet didn’t impair overall spatial information processing — rather, it specifically hampered the rats’ ability to use geometric information, such as information about distance and direction, to recognize the places they had been to before.

Perhaps most surprising is that the rats showed these spatial impairments after being on the diet for only a few days, well before any observable effects on body weight.

The researchers note that these results fall in line with previous findings from human studies showing a link between high-energy diets and impairments in spatial problem-solving, math performance, and visuospatial organization.

So if you find yourself feeling a little spatially impaired after days of eating pumpkin pie for breakfast and turkey-stuffing sandwiches for lunch, it might be time to seek out a more balanced diet.

When calorie information was displayed people who were overweight showed decision making that was similar to those who had normal weight. More