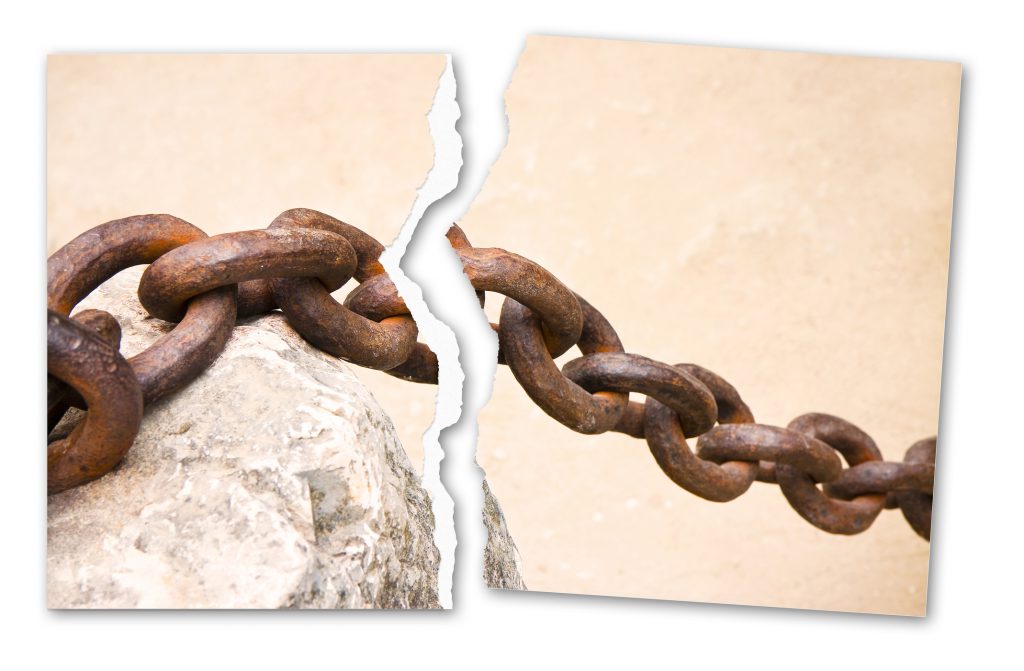 Imagine the prototypical violent criminal, like the one who appears on the news after committing a horrible act. It’s a common belief that individuals like this often suffer from a long history of mental illness that compels them to act destructively. But research published in Clinical Psychological Science by APS Fellow Jennifer Skeem (University of California, Berkeley) and colleagues suggests that the relationship between mental illness and violence isn’t as strong we might think.

To investigate the link between psychosis – defined as a severe mental disorder accompanied by delusions and hallucinations – and acts of violence, Skeem and colleagues examined data from the MacArthur Violence Risk Assessment Study.

In the MacArthur study, over 1,000 violent offenders were interviewed every 10 weeks for a year after they were released from prison or jail. These structured interviews examined if participants committed any violence (e.g., physical injury, sexual assault, use of a weapon) and whether psychosis preceded that violence. The study also included data on participants’ other personality traits and disorders, cognitive abilities, and problem behaviors.

Experts know that most violent acts are committed by a small group of repeat offenders and the MacArthur data showed this: About 10% of individuals were responsible for 50% of the violent incidents that occurred in the year after the offenders were discharged. Of the repeat offenders, about half reported symptoms of psychosis (e.g., delusions or hallucinations) at some point during the year. Critically, however, only 12% of violent incidents were preceded by symptoms of psychosis, indicating that the link between psychosis and violence was weak.

“There is little evidence for a subgroup with exclusively psychosis-preceded violence,” the authors conclude.

The findings indicated that there were slight differences between the individuals who sometimes experienced psychosis prior to violence and those who never did. Individuals who occasionally experienced psychosis before violence were more likely to also have bipolar disorder, schizophrenia, and other mental disorders. On the other hand, those who never displayed psychosis prior to violence tended to score lower on verbal intelligence and showed greater antisocial tendencies. These patterns were subtle, however, and the authors suggest that they provide interesting avenues for further research.

Skeem and colleagues conclude that although symptoms of psychosis should be tracked and evaluated in violent offenders, prescribing different treatments to different types of offenders based on diagnoses of psychosis may not be the best use of resources.

“Effective treatment of psychosis will have negligible direct effects on violence for most patients and important but partial effects for the remainder,” the researchers write.

Instead, the authors recommend that “programming for individuals with repeated violence may need to encompass factors associated with social deviance, whether patients occasionally engage in acts of violence related to psychosis or not.”

In other words, providing anger management treatment to all repeat violent offenders may be more effective at reducing violent crime than offering specialized treatment to those who experience psychosis.

This is interesting, but it sounds like the subjects have to self-report the psychotic episodes that they experienced directly before a violent act. One of the problems with delusions and hallucinations, especially if they are very strong and experienced during a period of great stress, is that they don’t necessarily seem like symptoms. They can feel like real threats that the subject feels they need to react to, potentially with violence.

Great article, you raise important topics here. It seems you connect psychoses with violence here and it’s hard to argue on that.. but exactly what is psychosis.. isn’t it a derivative of the Ego, of the illusion that we are separate with each other, that ther is a psychological ME and YOU? Isn’t it the psychological division, the separation, that leads to necessary inner conflict? Isn’t this inner conflict essentially psychosis? Which, exactly like you point out breeds violence.

So the answer to what we are searching here doesn’t lie on any external factor.. it is a matter of being in connection with “what is”. So we could ask here “may we live a orderly life, with no division at all, no conflict and therefore no violence at all”? And one thing i would also like to highlight here.. isn’t a reaction to violence exactly the same violence?

I am not sure i am allowed but if yes i would like to share my latest diary which explores this issue: http://www.meditativediaries.com/on-violence/

Yes lets ask the violent criminals if they have committed any crimes, that they could be put in jail for. I am sure none of them are going to lie or distort the truth in anyway and that the findings we get will all be completely accurate and relevant.

The study this was based on is inherently flawed, a violent criminal will lie, cheat , distort, miss-represent and do anything else they think will profit them and they can get away with.

I suppose then my ex wife was an exception 🙂