March is designated Women’s History Month in the United States, recognizing “generations of women whose commitment to nature and the planet have proved invaluable to society.” And yet, as we celebrate the many advances and achievements of women across history, a stark fact remains: Women continue to be underrepresented in science, technology, engineering, and math (STEM) careers. 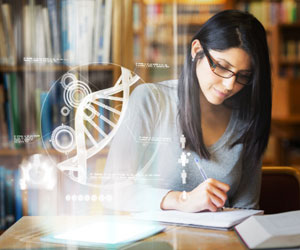 It’s a complex issue, driven by many factors. Some point to existing biases and stereotypes related to women and their abilities, while others talk about gender differences in achievement motivation and self-image. Many emphasize the lack of visible women leaders and role models in STEM fields. And there is still a debate about whether there are gender differences in actual ability.

There are likely to be kernels of truth among these various explanations, but a Perspectives on Psychological Science article from psychology researchers Jeffrey M. Valla and Stephen J. Ceci suggests that these accounts are missing a critical element: the breadth of women’s interests.

Thus, as Valla and Ceci point out, being good at math doesn’t automatically direct these dual ability women to math-based careers — rather, they may consider may consider careers as diverse as law, psychology, veterinary medicine, and the humanities.

“STEM fields are losing out to fields tapping the equally high social/verbal interests and abilities of these women,” the authors argue.

And when women are truly interested in STEM careers, they may not see congruence between their interests and how those interests are used or applied on the job. Research suggests that talented women may be more likely to choose a STEM career that allows them “to apply their skills in more socially influential ways” — indeed, teaching approaches that demonstrate the relevance and societal importance of topics in science appear to narrow the gender gap in attitudes toward subjects like chemistry and physics.

According to the authors, if we really want to address women’s underrepresentation in STEM, we have to pay more attention to women’s interests and the active (often difficult) choices they make.

“The focus ought to be on harvesting the potential of girls and women who are equally skilled in both math and verbal domains, as they are the ones who have what it takes to succeed in STEM careers, but they are also the ones most likely to shift away from STEM fields,” Valla and Ceci write.

Making sure that talented girls and young women know about the diverse options available in STEM careers, that they can see the societal impacts of STEM careers, and that they have exposure to STEM role models can all help in patching up the leaky pipeline, the authors conclude.

Ceci and another group of colleagues — Donna K. Ginther, Shulamit Kahn, and Wendy M. Williams — explore these issues in further detail in their forthcoming Psychological Science in the Public Interest report, “Women in Academic Science: Explaining the Gap.”