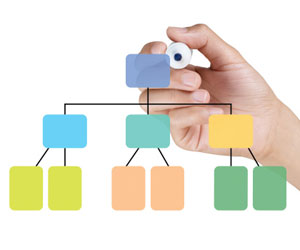 Mental disorders have traditionally been viewed as distinct categorical entities, but the high incidence of comorbid, or co-occurring, disorders challenges this view.

“The high rates of comorbidity observed among mental disorders suggest that there may be a more parsimonious structure to psychopathology than implied by current nosologies that identify many separate and distinct disorders,” Moffitt, Caspi, and co-authors write.

To test this hypothesis, the researchers looked at longitudinal data collected from participants in the Dunedin Multidisciplinary Health and Development Study who were between the ages of 18 and 38. The researchers examined the participants’ mental health data, testing several possible statistical models to see which model best accounted for the data.

Furthermore, analyses suggested that the propensity to develop any and all forms of common psychopathologies could be summarized by one general underlying dimension. Higher scores on this dimension, which the researchers call the “p factor,” were associated with greater life impairment, greater familiality, worse developmental histories, and more compromised brain function in early life.

“We propose that p influences present/absent performance on hundreds of psychiatric symptoms, which are typically aggregated into dozens of distinct diagnoses, which further aggregate into two overarching Externalizing versus Internalizing domains, which finally aggregate into one normally distributed dimension of psychopathology from low to high: p,” the researchers conclude.

One way to think about the p factor is in relation to the structure of cognitive abilities:

“These abilities are dissociable into separate abilities, such as verbal skills, visuospatial skills, working memory, or processing speed,” say the researchers. “Nonetheless, the general factor in intelligence (called the g factor) summarizes the observation that individuals who do well on one type of cognitive test tend to do well on all other types of cognitive tests.”

While there are specific factors that account for variation in each test, the g factor accounts for the positive correlation among all test scores, suggesting that there may be a common etiology that influences or contributes in some way to all cognitive functions.

Moffitt, Caspi, and colleagues hope that these initial findings generate “further tests, extensions, and discussions about the structure of common mental disorders.”

Terrie Moffitt will be a keynote speaker at the inaugural International Convention of Psychological Science to be held in Amsterdam, The Netherlands, on 12-14 March 2015.