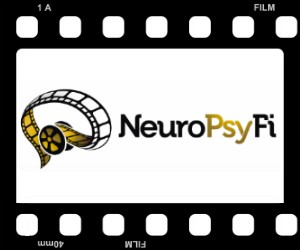 After a head injury sustained in a plane crash, CIA assassin Jason Bourne wakes up floating in the Mediterranean Sea with two bullets in his back, a Swiss bank account code implanted in his hip, and no memory of who is or how he ended up in the open ocean. Bourne is afflicted with no memory whatsoever of his identity or life before the accident.

Even with the severe retrograde amnesia Bourne experiences in the movie The Bourne Identity, it’s dubious that he would also lose all sense of his identity. In fact, complete memory loss after a head injury — often reversed after another blow to the head — is a common but rather preposterous representation of brain damage or amnesia.

Neurological disorders have provided inspiration for countless Hollywood blockbusters and independent films, but those maladies are often loaded with scientific distortions.

Mary V. Spiers, a clinical neuropsychologist and associate professor in psychology at Drexel University, is working to clarify those inaccuracies. Through a grant from the APS Fund for Teaching and Public Understanding of Psychological Science, Spiers is educating the public about the brain science behind big-screen features through a new website, NeuroPsyFi.com.

“The portrayal of the brain and brain disorders in popular film provides an engaging medium for teachers, students, and the public to discuss important topics related to brain science and the manner in which brain disorders are depicted,” says Spiers. “The accuracy of the depiction of brain disorders and concepts is often questionable and can leave moviegoers with misperceptions about normal and disordered brain functioning.”

The NeuroPsyFi website dispels common neuromyths by providing visitors with descriptions and peer-reviewed critiques of films from a neuropsychological perspective.

The site offers learning resources for the general public as well as for K–12 and college students, including materials to help teachers link real psychological science to popular movies and TV shows. Spiers makes an effort to include movies in languages other than English and cover a wide range of psychological topics, from prosopagnosia to dementia.

So far, the website has attracted visitors from all over the world. Over the past year, NeuroPsyFi has received over 39,000 unique visitors and more than 50,000 page views. Users have come from such diverse geographic regions as the Philippines and the United Arab Emirates.

Spiers was initially inspired to start the NeuroPsyFi website after using movie clips as a learning aid in her psychology courses. She found that students resonated with the idea of reviewing movies and examining the psychological science behind them.

For example, Spiers applauds the movie Memento for doing a good job of taking the audience into the head of a person suffering from severe anterograde amnesia, a condition where the brain is unable to encode new memories.

“Christopher Nolan’s brother got the idea for Memento from his general psychology class,” says Spiers. “My bet is that he watched the Clive Wearing video that many psychology teachers around the country have shown to their students.”

One way for producers to improve the quality of neuroscience portrayed in films is to include more scientists in the filmmaking process.

“I think many writers are genuinely interested in trying to get the brain science correct,” says Spiers. “However, trolling the web is not the best way to be sure that one is developing a believable character or correctly interpreting how brain imaging should be used. Writers really need expert advice from psychological scientists.”