Publications > Observer > Observations > Controlling Our Thoughts Is Harder Than It Seems 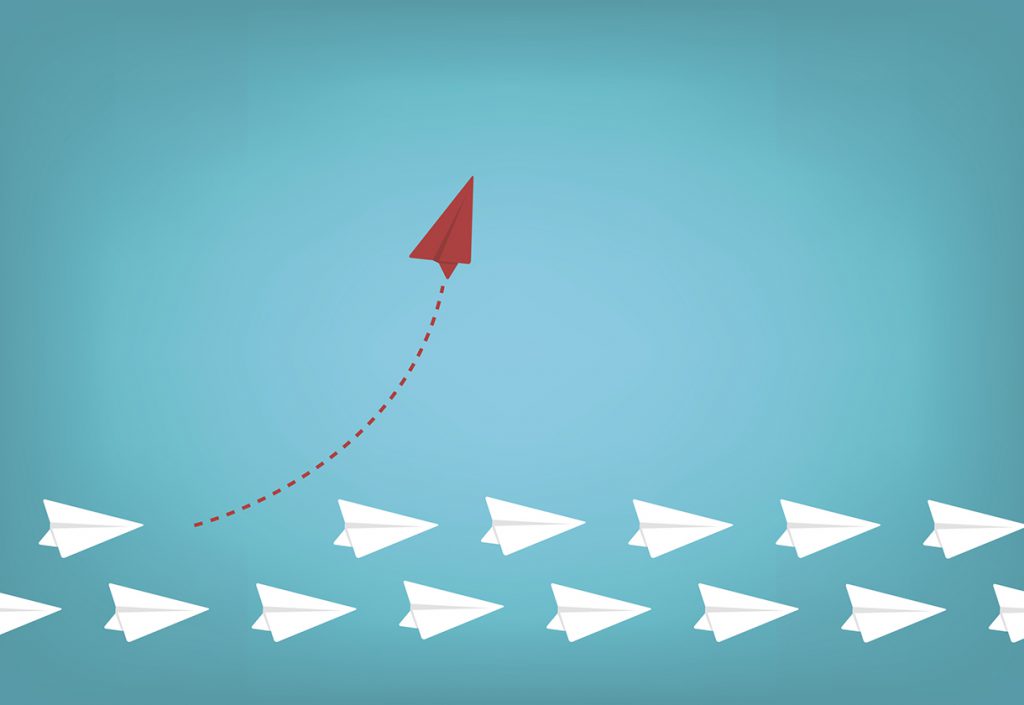 Whether we’re trying to not to think about a donut or a difficult conversation, the things we don’t want to think about are often the ones that keep floating to the top. Suppressing a thought is no easy feat and research shows that even when we think we’ve done it successfully, traces of that thought may still linger outside conscious awareness.

For the primary experiment, researchers at UNSW’s Future Minds Lab tested 10 participants who completed more than 100 trials each.

On each trial, participants saw one of six written cues — “red apple,” “red chili,” “red tomato”, “green broccoli,” “green cucumber,” or “green lime” — and either tried to imagine or avoid imagining that item over a 7-second period. If they were trying to avoid thinking about an item and it popped into their head anyway, they pressed a key to report the intrusion.

When the 7 seconds were up, the participants then saw a red-green image (actually two separate images, one shown to each eye) and they indicated which color appeared to be dominant.

The results showed that participants chose the color associated with the original cue words at rates above chance. In other words, when participants attempted to not think about a red apple, chili, or tomato, they were more likely to report red as the dominant color when they later saw the red-green image.

“Even though they had not thought about the objects, we could still measure the sensory trace of a thought,” lab director Joel Pearson explained in a UNSW news story.

In another experiment, participants were told to use a distraction strategy to avoid thinking about the object — for example, thinking about a white cloud — and the bias toward the suppressed color disappeared.

The research could also inform how we think about strategies to deal with the cognitive processes associated with addiction.

The findings suggest that “using brute force to not think about something — that cigarette or that drink — simply won’t work because the thought is actually there in our brains,” Pearson added. “This discovery changes the way we think about thoughts of desire and suggests unconscious thoughts can emerge and drive our decisions and behavior.”

Pearson and his fellow researchers are now looking at the neural representations of these unconscious suppressed thoughts using functional MRI.

Publications > Observer > Observations > Controlling Our Thoughts Is Harder Than It Seems

I tried very hard to understand this article but was distracted by thoughts of a white bear.

Indeed, after reading this article an ICEE is in high order.

To determine the presence of stimulus traces of thoughts (color of paired cues) after a 7-sec. delay, the crucial comparison would be the difference in color dominance judgments between the experimental subjects that did and those that did not succeed in suppressing the designated thought. This comparison would possibly provide validation of the experimenters’ conclusions.