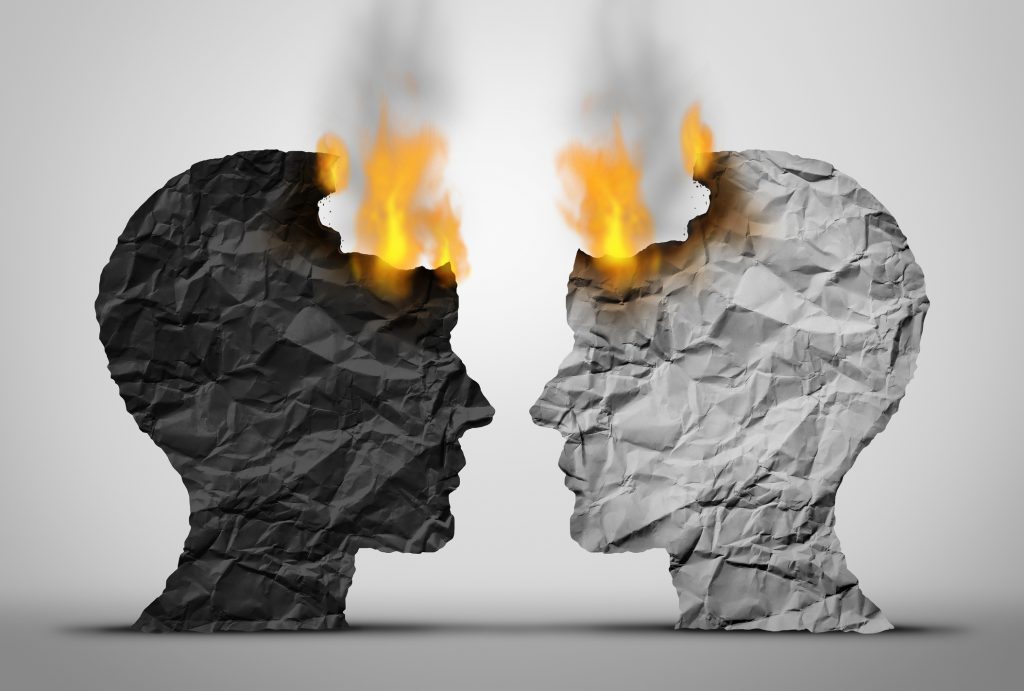 White Americans signal subtle expressions of unease, such as high pitch in their voice or rigid body movements, when interacting with someone of a different race, research has demonstrated. New findings published in Psychological Science suggest that this anxiety can be contagious. Simply interacting with someone with a possible racial bias could cause one to ‘catch’ that anxiety and feel secondhand stress, the results indicate.

A team of researchers, including APS Past Board Member Wendy Berry Mendes (University of California, San Francisco), recruited 246 men and women and hooked them up to ECG monitors, sampled their saliva for cortisol levels (which increase during stressful situations), and took baseline ECG measurements individually. The scientists then brought them into rooms with a partner to make 123 pairs.

Some White participants were randomly partnered with someone of the same race, while others were matched with a Black partner. The partners completed a get-to-know-you exercise before answering individual questionnaires about first impressions and their personal feelings of discomfort. They then attempted two different guessing games, earning money for correct answers. One game involved word clues, similar to the card game Taboo; the other involved decoding a sign-language message while the participants touched, but couldn’t see, each other’s hands. After these tasks, experimenters closed a curtain between the partners, administered another questionnaire and further ECG measurements, took a final saliva sample, and sent them on their way.

Linkage is not inherently negative, but when a person is linked to someone experiencing anxiety (including those with racial bias), it is more likely that the person will experience ‘secondhand stress’. White participants did not show increased linkage with heightened anxiety, meaning the individuals who are potential targets of bias are more susceptible to this contagious anxiety than those holding the bias. The findings suggest that African Americans are more attuned emotionally to White Americans who are anxious than to those who are not.

This study was limited in that it didn’t test any pairs consisting of two Black partners. After screening participants, the experimenters found that they didn’t have enough Black participants to create both inter-race and same-race partnerships and achieve statistically useful results. This means that the experiment is limited in its ability to say that Black people link physiologically only in inter-race interactions. However, previous studies suggest the idea that this is an inter-race phenomenon — researchers have found that White study participants and minorities both react similarly to anxiety in same-race partners. Another study suggested that Black males’ vigilance to bias shows up only in inter-race pairings.