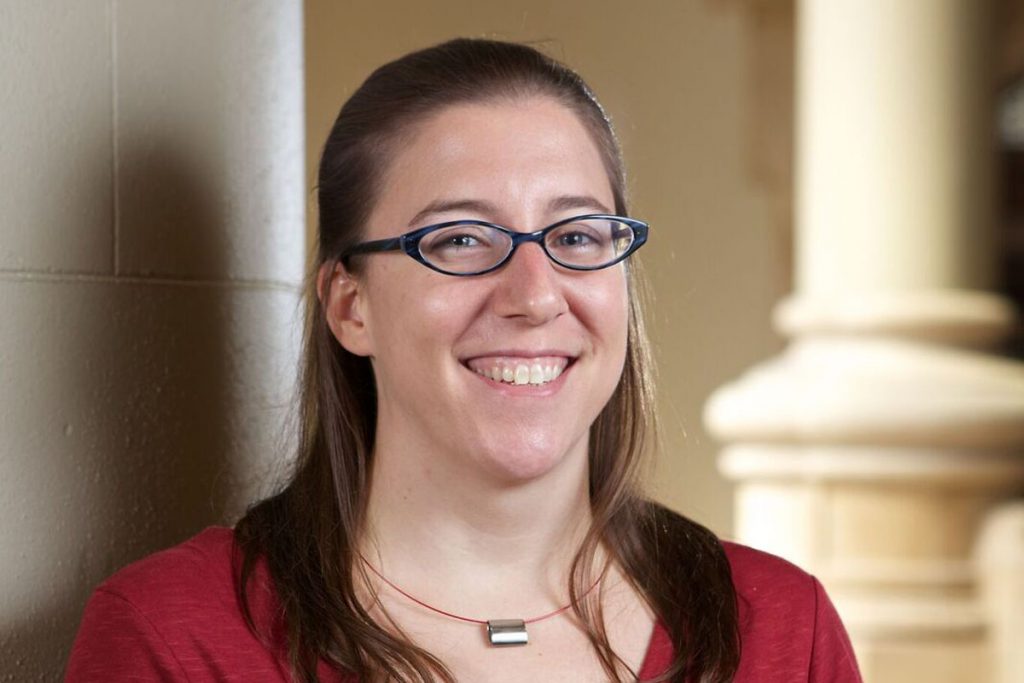 APS Fellow Kristina Olson has received the National Science Foundation’s 2018 Alan T. Waterman Award, the nation’s highest honor for early-career scientists. Olson, Associate Professor of Psychology and Director of the Social Cognitive Development Laboratory at the University of Washington, received APS’s Janet Taylor Spence Award for Transformative Early Career Contributions in May 2016. She was nominated for the Waterman award by APS.

In announcing the award, NSF noted Olson’s “innovative contributions to understanding children’s attitudes toward and identification with social groups, early prosocial behavior, the development of notions of fairness, morality, inequality and the emergence of social biases.”

Olson will receive a research grant of $1 million over 5 years and will be honored by NSF Director France Córdova at an event hosted by NSF and the National Science board in May. Olson is the first psychological scientist to receive the honor since it was established in 1975.

“I’m still in shock about the award,” said Olson of the announcement. “I’m thrilled and surprised on behalf of myself and our entire field.”

The Waterman Award “is a wonderful tribute to Kristina Olson’s research,” said Sarah Brookhart, APS Executive Director.  She added, “this award also highlights the exciting and important work being done in basic psychological science, and will inspire scientists in the early stages of their career to continue their efforts to explore the fundamental processes and mechanisms underlying human behavior.  We’re grateful to NSF for this recognition.”

In nominating Olson for the award, APS highlighted the inherently collaborative and international nature of her work, which has studied families throughout the United States, South Africa, and China. Olson’s research on social cognition and cognitive development in children embodies the core values of psychological science, including transparency and reproducibility.

A primary focus of her research includes examining how children’s sense of their own place in a social category affects their perception of other categories. This empirical work elucidates some of the factors that influence children’s thoughts, attitudes, and values and their development over time.

In a 2015 study published in Psychological Science, Olson investigated gender-related cognition in children who identify as transgender. Findings from both explicit and implicit measures showed that transgender children, who ranged in age from 5 to 12 years old, viewed themselves in terms of their expressed gender rather than their natal sex. Group comparisons showed that their responses mirrored those of nontransgender children of the same gender identity.

“I am excited and humbled to have received the award and think my selection reflects the work of the incredible team of people I’ve been working with over the last decade. I have been fortunate in having a tremendous group of collaborators, students, staff, postdocs and undergrads,” said Olson.

Olson completed a PhD in Social Psychology at Harvard University in 2008 and was assistant professor of psychology at Yale University from 2008 to 2013.

It s avery dignificant privilege to congatulate tyou Dr. Olson. I m in search of guidelines theoretical research in how does the chilren get to the moral consciousness. I m by this time writing a book on Moral in Leadership. I would like to have the chance to get in comunicatuon with you. Your outstnading contribuition to science is to help a lot in the persuing of well being of the childhooh. I m a I-O psychologist, and I live in Panama

I WOULD LOVE TO READ MORE ABOUT DR. OLSON’S REPORT ON THE SOCIAL COGNITIVE DEVELOPMENT OF YOUNG CHILDREN.

Congratulations to this young women. So nice to see talent awarded.