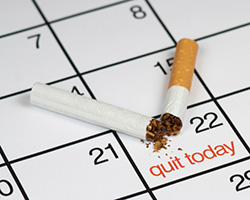 Do you want to be more productive at work? Do you want to stop worrying so much, or to be more compassionate toward others? If so, you’re not the only one — judging, that is, by the number of self-help books and seminars that tout personality-change regimens. But what does it really take to alter your personality?

1. feel that changing the trait is desirable or necessary,

2. consider the change to be feasible, and

3. make a habit of the initial changes.

In the first step of the framework, the behavioral trait change may be “desirable” in and of itself (e.g., becoming more emotionally stable), or as a means to an end (e.g., being liked at work in order to get a promotion). However, the desire or need to change a personality trait is not enough; people also need to believe that such change is actually possible in order to attempt changing the necessary trait-related behaviors. If people consider the change to be feasible, they begin altering their behavior, replacing old behaviors with desired behaviors in situations that relate to their specific goal (for example, becoming friendly and cooperative in interactions with coworkers).

In order for initial behavior changes to turn into stable trait changes, people must consistently enact the desired behavior in the appropriate context. Through consistent pairing, the new behaviors that were at first effortful to enact will become automatized such that certain contexts will act as automatic triggers for the desired trait-related behavior (e.g., instead of having to consciously try to be nice to your colleagues when you see them, you will, over time, unconsciously behave this way in these situations).

I would like to read more about how we can have a personality change.

I’d like a more detailed publication about personality change especially if you live around people who oppose the changes you intend or wish to apply in your life.