Publications > Observer > Observations > Internships (Paid Ones!), Passions, and Other Keys to a Successful Career Leap 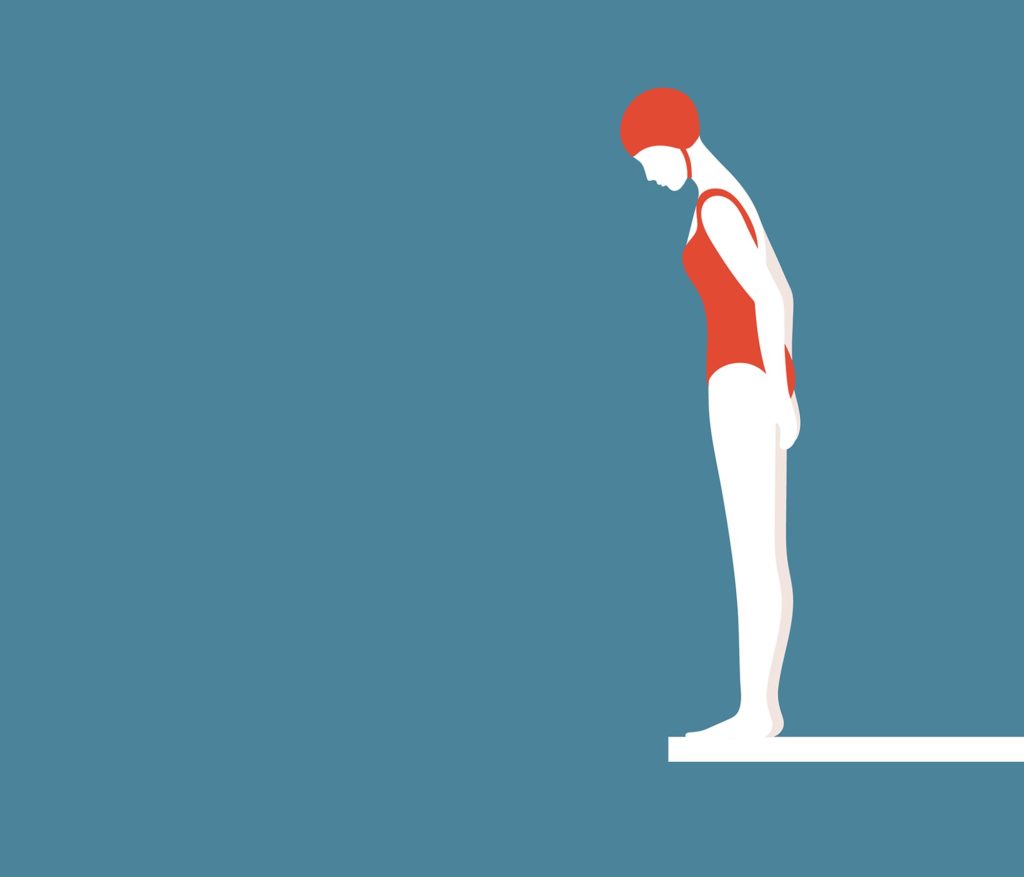 Career transitions were once rare in psychological science, and for some lucky researchers—including tenured professors and rising academic superstars—they remain so. Growing numbers of other psychological scientists, however, find themselves navigating a far more precarious job market. Faculty job openings plummeted during the COVID-19 pandemic, and much of the hiring that has resumed has been for non-tenure-track positions. And although opportunities outside academia have proliferated, particularly in STEM fields, how does someone with little or no nonacademic experience position themselves to compete in a very different job market?

One key to finding a fulfilling career in a field such as technology, business, or nonprofit work? Identify your passions and use them to craft your path forward, according to Melissa Smith, a user-experience (UX) research manager at Google. Smith’s interest in science and technology surfaced when she got involved in K–12 robotics competitions as a kid. In college, her interest in human–robotics interaction led to a research internship with the U.S. Navy, which in turn led to a PhD in applied cognitive psychology and human factors. After a government shutdown interfered with her plans for a career in the Navy, she went on to land an internship at Google. (Learn more about Smith’s career in this Observer profile.)

Social psychologist Lily Jampol, who leads “people science” and consulting practices at a consulting firm focused on inclusive work environments, quit academia to apply her research skills to the front lines of diversity, equity, and inclusion. “The experience of injustice and oppression at work contributes to further inequality in our society. Creating change in a workplace at both the behavioral and the systemic levels has the potential to have a lot of impact,” she said in this Observer profile. “A few years into being a professor, I started to realize that a lot of psychology research is based on and conducted by White, Eurocentric, wealthier people, making it challenging to have a direct impact.” In comparison, working for business allowed her to “be more innovative and learn from others who have diverse experiences and talents.”

Four other psychological scientists reported how they were similarly motivated by their interests.

During his PhD training, psychometrician Hotaka Maeda realized that he was most interested in psychometry and statistical analysis, he said in this 2020 APS webinar on careers outside of academia.

At the time of the webinar (see the recording, below), he handled statistics for complex exams at an independent nonprofit organization that monitors the quality of a medical licensing examination. (He now works for a nonprofit that supports teachers.)

Iiona Scully originally wanted to be a clinical psychologist but realized she really liked statistics. She studied human memory and, motivated by the difficult job market in academia, used her network to land a position as a scientist in human factors at Exponent, an engineering and scientific consulting firm.

Linsey A. Smith decided not to go into academia toward the end of graduate school. Forgoing the postdoc she had lined up, she opted for a job at a food-service company that merged her passion for research and food. Now she’s the director of research at a global commercial real estate services company. Although she no longer researches analogical reasoning or cognitive development, she does apply the skills she learned in graduate school. Her experience with surveys and Qualtrics is an additional asset, she said in the webinar.

Mike Winograd had planned to stay in academia after completing his doctorate in the field of lying and lie detection, but he quickly realized he didn’t like the process of publishing and applying for grants. He took some time off, began exploring options outside academia, and ultimately landed a job in market research. Today, he’s a consultant at a professional-services consulting firm with clients in healthcare and pharmaceuticals, technology, financial services, and other industries.

Building skills and connections through internships

“Apply for and do as many internships (only paid ones!) as you can,” said Melissa Smith. “Many major companies have internships available for students, whether undergrad or graduate. These provide a great way to learn what aspects of a job or company you like—and more importantly, what you don’t like. My internships with the Navy, a couple of Naval consultant companies, and Google all taught me different skills I continue to use and apply today.” Internships also helped her narrow her focus by learning what she didn’t want to do.

While interning as a UX researcher at a tech company, Tim Valshtein (now a fellow at Harvard University) shared three pieces of advice for exploring a career in technology.

“Become conversant in the basic principles and terminology of human-centered design, the assumptions surrounding research for business decision-making, and the typical problems encountered therein (e.g., usability research, A/B testing),” he wrote in this Student Notebook. “This will help immensely when it comes to framing your interviewing skills.”

Also, “consider your research identity and double down on it. Regardless of what research methods you enjoy, try to develop them as much as possible and decide whether you aspire to be a qualitative, quantitative, or mixed-methods researcher—all are valued in industry.”

Finally, “if you know industry is of interest to you, communicate this to your academic support system as early as possible. While talking about your career aspirations with a mentor can be daunting, it will ultimately pay huge dividends. Mentors want their students to succeed and will be best equipped to provide support if they know what training you want and what opportunities will appeal to you.”

Even building a CV or résumé for nonacademic jobs can be challenging, let alone being interviewed by nonacademics. For example, the ability to describe and communicate one’s research and abilities in lay terms is not commonly covered in graduate school. “Outside of the academic and research environment, highly precise scientific language can create a nearly insurmountable obstacle to understanding,” wrote APS’s Charles Blue in this Communicating Psychological Science column.

“One way to visualize the relationship between precision and understanding is to consider the concentric rings of a dartboard,” Blue wrote. “The outer ring encompasses all potential readers, from experts to the science-interested lay public. The next innermost ring speaks only to college graduates with some familiarity of the topic. As precision increases, the audience shrinks until you are speaking only to psychological scientists. Inward still and you’re covering intricacies that are obscure to all but a small group of specialists.”

Linsey A. Smith focused on ensuring she spoke the same “language” as the recruiters. Her work, she said, involves “50% research and 50% communication… Demonstrating that you can communicate technical ideas to people not familiar with research is very important.” To that end, she added, presentations can matter more than written publications. Maeda noted the importance of keeping work at the PhD level but simplifying communications. Winograd said his teaching experience made him feel comfortable communicating—but he worked with a specialist at his school to develop his résumé.

Another challenge can be adapting to the pace of industry, where “things are faster,” said Melissa Smith, so “you have to exponentially speed up.”

To facilitate her job search, Scully found ways to gain experience with skills she didn’t get much exposure to while working toward her PhD, such as budgeting, managing, and working with groups of people.

The 2022 APS Annual Convention in Chicago will feature various programs and events focused on career growth, including special career-oriented programs led by the APS Student Caucus. Topics include:

There will also be student networking events and a reprise of the popular Pitch-Perfect Three-Minute Thesis Competition, which debuted at the 2021 APS Convention. Early-bird rates are available through April 15, with special discounts for APS Student Members. Learn more and register at psychologicalscience.org/convention2022.

Hoping to land a job outside academia? Here are some tips from psychological scientists who have made the leap:

Finally, said Jampol, don’t believe people who tell you it’s a bad idea to leave academia. “It’s not their choice, and they honestly have no idea. Even when it’s hard, it’s so worth it.”

Publications > Observer > Observations > Internships (Paid Ones!), Passions, and Other Keys to a Successful Career Leap