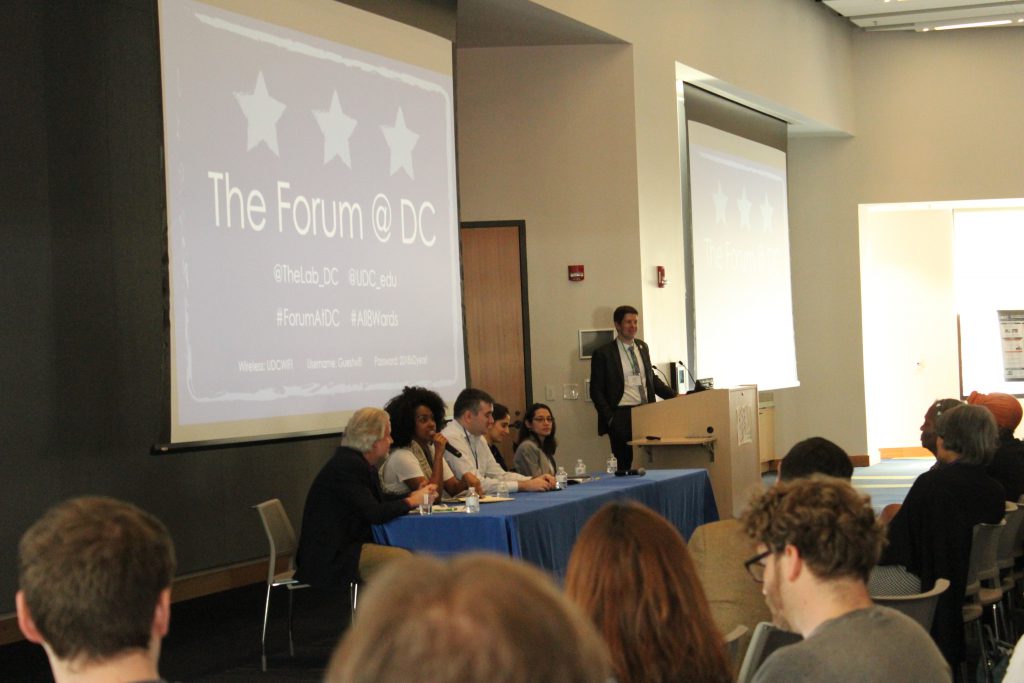 On February 27, 2018, The Lab @ DC convened an event called The Forum @ DC, which brought together researchers from many disciplines to discuss how scientific research can be used to improve local, state, and national governments. Contributions that psychological science can play in this arena played an important role in the discussion, which centered on core themes such as education, health, and public safety.

In the education arena, psychological scientist Adam Winsler (Professor of Psychology at George Mason University) discussed the topic of being held back a grade in elementary school, and who this practice helps and hurts. His research shows that vulnerable students living in poverty or who are not proficient in English often are retained a grade, which often leads to later liabilities and negative effects.

Afiya Mbilishaka (Assistant Professor of Clinical Psychology at University of the District of Columbia) discussed ways in which beauty salons and barbershops can be used as an entry point for discussions around mental health, and Sandra Barrueco (Associate Professor of Clinical Psychology at The Catholic University of America) explored how teacher turnover in public schools can have positive and negative consequences.

On the topic of medicine, doctoral student in psychology Kruti Vekaria (Georgetown University) reported work she is conducting with psychological scientist Abigail Marsh (Associate Professor of Psychology at Georgetown), looking at the reasons why individuals often plan to engage in certain health behaviors but fail to follow through. Her research currently studies this behavior in people who sign up for marrow donation registries.

Other presentations throughout the day discussed research in public health, medicine, economics, forensic science, and more.

The Lab @ DC is an integrative research team in the Office of the City Administrator in Washington, DC which applies scientific methods to improve government agencies. Psychological scientist and Lab Director David Yokum and his colleagues will be at the 30th APS Annual Convention in San Francisco, CA, to present results of the group’s recent research projects.

Learn more about the government programs at the 2018 Convention by clicking here.