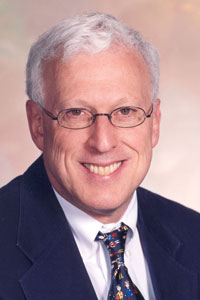 Following 30 years as a professor and center director at Yale, I have held two full-time administrative jobs: Dean of the School of Arts and Sciences at Tufts University (2005-2010) and Provost and Senior Vice President at Oklahoma State University (2010-present), where I am also Regents Professor of Psychology and Education. In choosing my current post, I was excited by the land-grant mission of Oklahoma State to use the knowledge acquired and created in the service of the state, the nation, and the world.

When I entered psychology, I had hoped that through my role as a faculty member I somehow could change the world. I worked on topics such as successful intelligence, creativity, and wisdom in the hope that standardized testing, instruction, or both would change to incorporate these broader abilities. But after 30 years as a faculty member, 40 grants, and more than a thousand publications, that change was nowhere in sight. I needed another path to accomplish my goals.

The initiatives we formulated in Arts and Sciences at Tufts and then, more recently, university-wide at Oklahoma State, are based in part on a rather broad theory of leadership called WICS (Sternberg, 2003, 2007, 2010a, 2011; Sternberg, Jarvin, & Grigorenko, 2011), which stands for Wisdom, Intelligence, Creativity, Synthesized. As a leader, one needs creativity to generate novel ideas, analytical intelligence to ascertain whether they are good ideas, practical intelligence to implement the ideas and persuade others of their value, and wisdom to ensure that the ideas help reach a common good by balancing one’s own interests with others’ interests and institutional interests over time through the infusion of positive ethical values (Sternberg, 2010b).

A major reason students go to college is to develop the skills and attitudes they need in order to become active citizens and also successful positive leaders, defined as people who make the world a better place (Sternberg, 2010a). My work as an academic administrator has centered in part on how we can select future leaders who will make a positive, meaningful, and enduring difference to the world, and then teach them and assess them in ways that will help develop those future leaders.

How does one select the positive leaders of tomorrow? The skills measured by grades and standardized tests may be relevant to, but these skills are not sufficient for, leadership success. One way to select leaders is to devise measures of the broader range of abilities needed for success in leadership (Sternberg, 2009).

When I was at Yale, we devised such a battery, which we named Rainbow (Sternberg & the Rainbow Project Collaborators, 2006). It measures creative, analytical, and practical skills. Other batteries measure similar skills at different levels of education (e.g., Chart, Grigorenko, & Sternberg, 2008; Hedlund, Wilt, Nebel, Ashford, & Sternberg, 2006). The Rainbow Battery required writing creative stories, telling creative stories, and captioning cartoons (creative); inferring the meaning of words from context and completing number series (analytical); and solving practical problems in a college context and in the context of work teams (practical). Performance was assessed for over 700 college students who were from a broad range of colleges across the United States, varying from unselective to highly selective. We found that the battery enabled us through factor analysis to separate measurements of creative and practical skills from each other and from analytical skills; doubled prediction of freshman grade-point average; and substantially decreased ethnic-group differences relative to SAT scores (Sternberg, 2010a; Sternberg & the Rainbow Project Collaborators, 2006).

At Tufts, we initiated the Kaleidoscope Project, which assessed analytical, creative, and practical, as well as wisdom-based skills (e.g., understanding other people’s viewpoints in addition to one’s own) (Sternberg, 2010a; Sternberg, Bonney, Gabora, Karelitz, & Coffin, 2010). Examples of optional items were to write a creative story using one of several titles, such as “The End of MTV” (creative); analyze one’s favorite book (analytical); illustrate how one convinced a friend of something that the friend did not initially believe (practical); and indicate how, in the future, one would turn a high school passion toward achieving a common good for society (wisdom).

The optional assessments, completed by roughly 2/3 of applicants from the second year of my deanship, onward, were integrated into the Tufts undergraduate application as a supplement to existing measures such as SATs and high school GPA.  Admissions officers used rubrics to rate applications. We found (Sternberg, 2010a; Sternberg, Bonney, Gabora, Karelitz, & Coffin, 2010) that the Kaleidoscope Project increased prediction of academic performance in the freshman year over SAT or ACT alone; predicted engagement in university life and, in particular, in extracurricular and leadership activities; largely nullified ethnic-group differences; and increased satisfaction among applicants with the admissions process. At Oklahoma State University, we have initiated the Panorama Project, which will use optional items for admission to Oklahoma State that are similar to those used in the Kaleidoscope Project. The same principles that apply at Tufts and at Oklahoma State can apply elsewhere as well.

We have found that teaching students according to WICS significantly enhances academic performance relative to conventional teaching across grade levels and subject-matter areas (see Sternberg, Grigorenko, & Zhang, 2008). To put theory into practice, at Tufts, we opened the Center for the Enhancement of Learning and Teaching (CELT). Professors involved in the Center participated in a semester-long seminar in which they learned how to apply the contributions of modern-day psychological science to improve their teaching. They learned how to teach to and assess students who have a variety of learning styles — more memory-based, analytical, creative, practical, wisdom-based (Sternberg & Grigorenko, 2007; Sternberg, Jarvin, & Grigorenko, 2009) — so that virtually all of their students were better able to capitalize on strengths and to compensate for, or correct, weaknesses. At Oklahoma State, we have created, for students, the Learning and Student Success Opportunity (LASSO) Center, and for professors, the Institute for Learning Excellence (ITLE). The goal is to improve the teaching/learning process, and thereby student retention and graduation rates, by offering students supplementary instructional services, based in part on the WICS model.

An administrative career has provided me a chance to use what I have learned as a teacher, researcher, and elected leader in psychological organizations to make a positive difference to the life of an institution and the people in it. But taking an administrative position did not mean putting my teaching and scholarly activities behind me: I still teach one course and publish more or less as before. Rather, the new position meant reconceiving my work so that it could further the goals of the university as well as the field of psychological science. An administrative position could do the same for you.

As usual an interesting and useful set of ideas which I am happy you have been able to incorporate at you colleges. I only have one question: When do you sleep? 🙂

Glad to see you are still having fun.

If I want my high school child to take the SAT with the Rainbow Project or Kaleidscope options how can I purchase that or find it? I am interested on a personal level even if her college will not accept that version.
Thank you.
Anne Weishaar

Robert J. Sternberg is provost, senior vice president, and Regents Professor of Psychology and Education at Oklahoma State University, as well as Honorary Professor at Heidelberg University in Germany and President of the Federation of Associations in Behavioral and Brain Sciences. He can be contacted at robert.sternberg@okstate.edu.