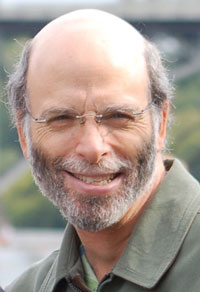 New Years has come and gone. For many of us, so have our diet resolutions.

Each year people turn to weight loss programs to drop the unwanted pounds. As director of the Obesity and Eating Disorders Research Program at Drexel University in Philadelphia, my graduate students, staff and I are dedicated to the empirical study of eating behavior and theory. Our work on obesity treatment has developed independently of commercial weight loss programs, but for the past 20 years I have also served as a psychological consultant for Weight Watchers® (WW). My lab’s work incorporates research in clinical, cognitive, behavioral, and social psychology, as well as in clinical nutrition. Our goal is to integrate these approaches, along with more recent developments in genetics and neuroimaging, to ensure that our weight loss studies reflect the latest science.

Research on the behavioral treatment of obesity has repeatedly found that after a diet-induced weight loss, substantial weight regain is the norm. Ten years ago I came to the conclusion that further tweaking of the self-control model on which behavioral treatment is based was unlikely to substantially change these disappointing results. The reasons behind my change of heart can be found in research on the food environment, nutrition, self-control, social cognition and neurobiology. Findings from many of these research domains have also been incorporated into WW’s programs.

Over the past decade, I have become increasingly impressed (and daunted) by the powerful array of genetic, biological, and environmental forces behind obesity as well as the difficulty of reversing it. The self-control techniques that underlie behavioral treatment (e.g., use of self-monitoring, goal setting, problem-solving, self-reward for weight loss) do not appear to be potent or sustainable enough to permanently counteract these genetic, biological and environmental forces (Lowe, 2003). On the other hand, researchers in clinical nutrition have been continuously identifying ways in which the so-called toxic food environment could be “turned on its head” to facilitate rather than undermine weight control. Hundreds of research studies have shown that reducing exposure to highly palatable foods (e.g., chocolate, full fat sour cream), reducing the energy density of the diet, increasing the use of pre-portioned foods, adding lean protein to the diet, increasing the variety of healthy foods and decreasing the variety of unhealthy foods and incorporating fat and sugar substitutes into the diet can all contribute to reduced energy intake while permitting a satisfying volume of food to be consumed. Food cues (and the appetitive conditioning in which they participate) have such a powerful effect on obese individuals that we think it is critical to focus treatment of obesity on making gradual changes in the composition and structure of foods in the environments that people can control. Thus, in place of strengthening self-control skills, the major focus of our treatment became getting participants to make specific changes in their “personal food environments;” these environments include people’s homes, workplaces, and cars—places where the majority of their food intake occurs. Participants in our program are still required to engage in self-control (e.g., to purchase different foods, to divide unportioned foods into portions, to use new food-preparation methods), but the idea was to shift most of the required changes away from modifying internal states (thought patterns, emotions, planning, motivation, problem-solving) and toward having overweight people serve as agents of change in their external food environments. In short, rather than building self-control skills, the goal was to minimize the need for self-control by changing the personal food environment (Lowe, 2003).

More recently, this perspective has been reinforced by research findings in several domains. First, work on implicit cognition has demonstrated that external stimuli can evoke motivational and associated behavioral routines, all without awareness. This is a problem for self-control interventions because being aware of environmental provocations is the first step in self-control. Second, research on cognitive loads suggests that being mentally taxed in one domain (e.g., caring for children) easily undermines our ability to inhibit motivated behavior in another domain (e.g., resisting the candy jar). Third, research has indicated that self-control may be self-limiting because exercising self-control temporarily weakens subsequent self-control ability (e.g., the effort to inhibit expressing anger at one’s children can undermine ability to resist eating treat foods).  Fourth, both behavioral and neuroimaging studies showed that palatable foods are particularly reinforcing to obese individuals. Recent neuroimaging studies also suggest that such individuals experience greater anticipatory reward, but less consumatory reward, from palatable foods. All these findings further bolster the wisdom of focusing weight loss programs on changing the availability, composition, and structure of foods in people’s personal food environments. 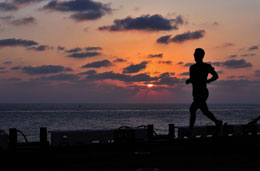 We refer to this combined, environmentally-focused approach as “Nutritrol,” short for nutritional control of body weight. We have been researching this approach with a series of NIH-funded studies, but it is too early to know whether Nutritrol will improve treatment outcome relative to more traditional behavioral treatment.

WW has been a leader in the scientific evaluation of their own programs and in  incorporating external research findings into them.  The development of their POINTS® and especially their PointsPlus™ programs has been heavily influenced by much of the same research that informed the development of our Nutritrol program.  In the new PointsPlus program, for instance, no points are assigned to most fresh fruits and vegetables and fewer points are assigned to higher-fiber and lower fat foods than to equi-caloric low-fiber and high-fat foods.  The new PointsPlus program represents a major shift from WW’s original POINTS program because it recognizes that while one calorie of chocolate is energetically equivalent to one calorie of celery, the overall impact of eating equi-caloric amounts of different foods on the ultimate goal of weight control are likely to be quite different.  For instance, the odds that eating a 100-calorie apple will result in a loss of eating control are much smaller than the odds that eating a 100-calorie piece of a chocolate bar will do so. These innovative changes are based on research evidence supporting the value of eating foods lower in energy density and higher in fiber and protein. The benefits are due to both the metabolic cost of converting different macronutrients into usable energy and the satiety value of larger volumes of food and more fiber and protein. In sum, WW has capitalized on research in the behavioral and nutritional sciences to “engineer” an easy-to-use tracking system (PointsPlus) to help improve people’s long-term weight control.

This is a total chicken and the egg situation, but although the authors of the study are suggesting that cognitive deficiencies are a product of obesity, I think that it’s more likely that any discrepancy in executive function compared to non-overweight subjects are because of biopsychosocial factors that led the people to already be that way, with obesity being a product of their inability to initiate and execute goals like losing weight. Either way, the the results are going to be linking “stupid” people with obesity, which is going to be offensive and controversial regardless. http://www.dietblogtalk.com has an article about a study that found that biopsychosocial factors led to several distinct personality types, some of which have a higher tendency to gain weight. i think if the science community actually communicated better and wasn’t so compartmentalized we wouldn’t see “results” like these as often…

Michael Lowe is a Professor of Psychology in the PhD training program in Clinical Psychology at Drexel University in Philadelphia. He studies dieting, eating disorders and obesity. His work has been funded by several NIH grants over the past 10 years. Formerly an Associate Editor at Journal of Abnormal Psychology, he is currently an Executive Editor at Appetite. More recently he has begun to study biological aspects of eating disorders and obesity and the differences between homeostatic and hedonic hunger. He can be contacted at lowe@drexel.edu.