Life moves steadily in one direction, but the thoughts, feelings, and decisions that make up our existence are often best examined over varying timelines. A memory begins to form in a matter of moments and minutes. A relationship ebbs and flows in emotional waves over weeks, months, and years. A health outcome from a certain experience (e.g., trauma) or habit (e.g., smoking) might not emerge for decades.

“Milliseconds to Decades: Development as a Level of Analysis,” a cross-cutting theme program at the 2015 APS Annual Convention, surveyed the different time windows used by psychological scientists to understand human behavior. From the fleeting to the long-term, each approach offers a unique insight into the development of the mind. 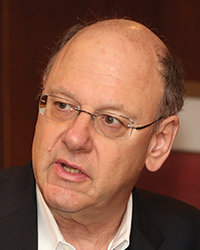 Cellular biologist Robert H. Singer of Albert Einstein College of Medicine at Yeshiva University outlined the molecular events “going on inside the neuron while you’re thinking and learning and behavior-ing.” To form a memory, for instance, strong connections must form at the synapses of neurons. Singer and collaborators have studied how messenger RNA (mRNA) finds the right spot in the brain to make the proteins that enable this strong synaptic bond.

By tracking mRNA in mice, they’ve found that it cruises around essentially “looking for a parking place” to make a protein necessary for synaptic contact, said Singer. (The YouTube video of this process has been viewed nearly 400,000 times.) “Right away we have a model for how memory might occur,” he said. “Because if you get a synaptic contact, then you might send a signal out for an RNA to come there and park.”

These proteins must be made at the proper synapse for learning to occur. So to make sure they aren’t released at the wrong time, mRNA may be part of a “package” that gets opened up via stimulation of the neuron. In a recent paper in Science, Singer and company reported that this package closes back up within about 10 minutes — showing why the creation of a strong memory requires repetition to help form a solid synaptic connection (Buxbaum, Wu, & Singer, 2014).

“You can do this a number of times and your synaptic contact gets bigger and bigger,” said Singer. 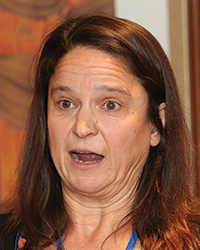 Relationships unfold at a more deliberate pace than molecular processes, but the emotional exchanges that form the basis of our friendships and romances bounce around quite a bit over time. “The dynamic ways our emotions get interconnected with the emotions of other people around us on an ongoing time basis really are the essence of what even forms a relationship,” said psychological scientist Emily Butler of the University of Arizona. Butler studies the way our emotions fall into and out of harmony with those of a loved one — a process called “synchrony” — and the effects these undulations have on health outcomes.

One study looked at synchrony and smoking in 26 couples who came into the laboratory to discuss their health concerns. In some of the couples, both people smoked; in others, only one person smoked. At baseline, none of the couples differed in their interactions. But after a light came on signaling that smokers were allowed to light up, something changed. Now the couples with two smokers became more positive, whereas those with just one smoker became less positive.

“If both people start smoking, they come into sync,” said Butler. “If only one does, they fall out of sync.”

The results had some pretty important implications for health clinicians. If you’re trying to help one spouse or partner to quit smoking, a focus on removing this one behavior might improve the couple’s harmony. But if you’re trying to help both parts of a couple quit smoking, you need to replace that behavior with something else that maintains a high level of synchrony, or else you may put the emotional well-being of that relationship at risk.

No stage in our development is as emotionally volatile as adolescence. Sarah-Jayne Blakemore, a cognitive neuroscientist at University College London, United Kingdom, studies the way that peers influence the decisions and behaviors of teens, especially when it comes to risky behaviors like drinking, smoking, drug use, unprotected sex, and dangerous driving. Much of her work points to the idea that adolescents are hypersensitive to the possibility of social exclusion. 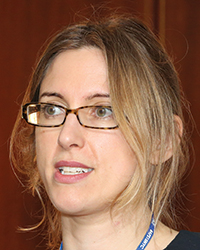 “Adolescence is the period of life where we develop a sense of self — and particularly a sense of social self,” said Blakemore. “That is, how other people see us.”

For one study, published this year in Psychological Science, Blakemore and colleagues asked 563 test participants of varying ages to rate how much risk was involved in a certain situation, such as crossing the street on a red light or swimming in a lake at night. Once these initial ratings were gathered, the researchers showed the participants fake ratings of how other people (either adults or teens) had rated the risk. Afterward, the participants had the chance to adjust their rating.

Children (ages 8–11) and both groups of adults (19–25 and over 25) tended to change their risk rating more in line with the fake rating given by adults, as opposed to that given by teenagers. Midadolescents (15–18) responded similarly to both adult and teen ratings. But young adolescents (12–14) changed their ratings to be more in line with teens than with adults, the only group to do so. The results suggest that health outcomes alone aren’t enough to sway adolescents from risky behaviors.

“Probably what matters more to this age group is the social norm,” said Blakemore. “What their peers think — that needs to be the focus of public health campaigns.” 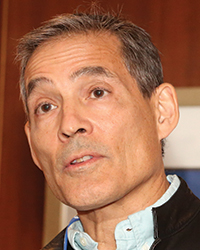 APS Fellow George A. Bonanno of Columbia University traces how people respond to traumatic events over a period of several years. What he’s found is that while a nontrivial share of these people suffer psychological problems from the incident, many demonstrate a strong resilience in the immediate and long-term aftermath. They cope with the trauma to the point that their well-being after the trauma isn’t much different (and occasionally is even higher) than it was before.

Researchers have documented majority shares of resilience in widows, people who lose their jobs, men and women who undergo emergency surgery, and even those who suffer spinal-cord injuries — all rebounding within a matter of years. A far more surprising finding came via a sample of some 77,000 soldiers who were tracked beginning in 2000. While a concerning 7% suffered post-traumatic stress disorder (PTSD) during combat, about 83% of those deployed showed no symptoms upon their return.

That resiliency held up even when Bonanno and collaborators reanalyzed their data to take into account degrees of combat exposure. About 80% of those soldiers exposed to a high level of combat severity showed resilience. Meantime, the group with low combat exposure had a resilience share of 88%. Bonanno suspects that the training these soldiers receive prepares them for the unknown threats that often form the foundation of fear and trauma (Bonanno et al., 2012).

“Seven percent PTSD is nothing to sniff at,” Bonanno said. “But the military as a whole is very resilient.”

Upping the behavioral stakes to decades, APS James McKeen Cattell Fellow Ian J. Deary of the University of Edinburgh, United Kingdom, described his ongoing analysis of the unparalleled Scottish Mental Survey of 1947. On the same day, Scottish officials tested the intelligence of 70,805 children born in 1936. Deary discovered the documents by chance and has been following up on a subset known as the “6-day sample.” 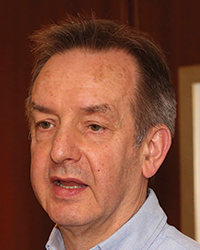 The 6-day sample of the original Scottish Mental Survey tested 1,208 of these children (those born on the first of even-numbered months) every year through 1963, spanning ages 11 to 27. Officials collected information on education, employment, health, family, personality, and intelligence over this time. Deary and his collaborators received permission to follow up with the members of this sample still alive today — at age 77.

The researchers were interested first in what factors predicted whether or not someone from the original cohort was still alive. They found that participants were more likely to be alive if they were women, in a club as an adolescent, judged more dependable by teachers, had a higher IQ as per the Stanford-Binet test at age 11, and came from a more privileged background. Club membership was especially important, with 70% of those who had been in a club still alive some 50 years later.

Using phone interviews and follow-up surveys, Deary and his University of Edinburgh colleague Caroline E. Brett also retested many of the living participants on intelligence and found a remarkable correlation of over .7 between test scores at 11 and test scores all these years later (Deary & Brett, 2015).

“Childhood cognitive and social data can help us to understand who’s alive at 77 and how good are their crystallized and fluid cognitive abilities at 77,” said Deary.

That is, if you’re patient enough to let them. 