Observer > 2021 > January/February > Turning the Page: Race in Research and Publishing 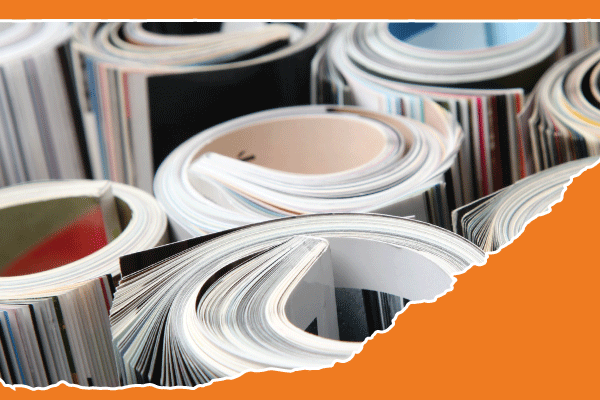 “Clinical psychology is an incredibly diverse field, but this diversity has been remarkably absent in the editorial teams leading our top outlets. This results in a highly restricted pipeline influencing which papers are ultimately published and subsequently shape the field in consequential ways”

In a 2020 article published in Perspectives on Psychological Science, Steven O. Roberts, Carmelle Bareket-Shavit, Forrest A. Dollins, Peter D. Goldie, and Elizabeth Mortenson (Stanford University) analyzed the role of race in psychological science publications. Examining more than 26,000 empirical articles published between 1974 and 2018 in six top-tier cognitive, developmental, and social psychology journals, they found that “the psychological publication process is no less reflective of racial inequality than most of society.” Neither the quality of the research nor the quantity of researchers of color could explain why many of the most prestigious psychological publications on race have been published by White psychologists.

Among Roberts and colleagues’ specific findings, only 5% of the articles highlighted race in their title or abstract, including:

Among the 1,745 unique editorial board members
coded in the analysis:

Roberts and colleagues also found that fewer publications highlighting race had been accepted and published by White editors than by editors of color. They offered two possible explanations: “(a) White editors are less concerned or familiar with race, or (b) authors who study race may be more likely to submit their work to editors of color at specialty journals.” On either account, the authors argue that those in control of the publication process are structurally related to what does (and doesn’t) get published.

Roberts and colleagues also analyzed the 1,093 unique first authors in a selection of articles  about race. They found that 63% were White and only 23% were people of color.

Roberts and colleagues recommended that publishers adopt the following explicit and transparent measures to help improve diversity, equity, and inclusion in research and publishing:

For authors, they recommended practices that increase transparency regarding the racial distribution of recruited participants, allow for a better understanding of results, and encourage caution in making assumptions about the applicability of results to diverse samples:

These recommendations should not be limited to race, Roberts and colleagues noted, given that “intersectionality is also vital to a healthy and representative science (e.g., persons representing a wide range of gender, political, religious, and sexuality).”

In addition to adopting the measures proposed by Roberts and colleagues, publishers can take other steps to improve inclusion throughout the peer-review process.

The way the peer-review process has been handled in psychological science is “frustratingly ironic,” Goldstone added, “given that it is psychologists themselves who have convincingly demonstrated that people continue to show biases even when they believe that they are being fair and unbiased!”

Another way to increase equity in psychological science publishing is to ensure that editorial teams represent different demographics, geographic locations, cultures, experiences, and expertise. APS Fellow Jennifer Tackett (Northwestern University), recently appointed editor of Clinical Psychological Science, reflected on her efforts to ensure diverse representation while assembling her associate editorial team: “Clinical psychology is an incredibly diverse field, but this diversity has been remarkably absent in the editorial teams leading our top outlets. This results in a highly restricted pipeline influencing which papers are ultimately published and subsequently shape the field in consequential ways. It is long overdue for our top outlets to better reflect the wide diversity existing in the field itself, which will in turn result in greater diversity and intellectual expansion in the papers appearing in our journals.”

Tackett addressed various forms of diversity, including age and institutional diversity. “Clinical psychology, like other areas in psychology, has been long dominated by very senior scholars, often clustering at elite institutions. This, too, results in a stifled and biased academic pipeline, missing the amazing scientific contributions to the publication process that we might find with broader institutional participation and the explicit prioritization of younger scholars.”

Observer > 2021 > January/February > Turning the Page: Race in Research and Publishing