Observer > 2021 > January/February > The Bias of Crowds: Beyond Diversity Training 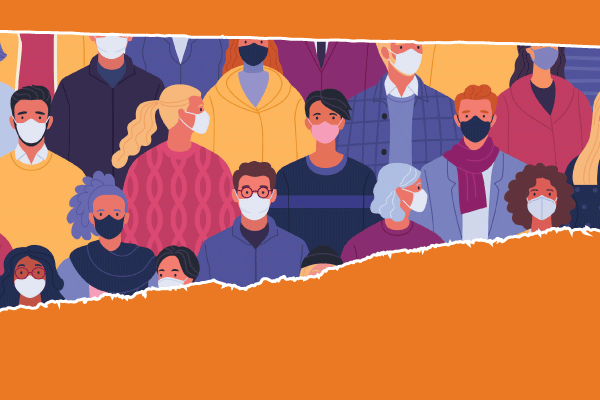 When done well, efforts to support equal opportunities for marginalized and underrepresented groups can uplift individuals and lead entire organizations to perform at a higher level. Mounting demand for diversity, equity, and inclusion programming has exploded into an $8 billion industry, as cited in a report published by Ivuoma N. Onyeador and colleagues in Psychological Science. But a growing body of research suggests that this kind of diversity training may not be the antidote to bias it is often billed to be.

Through a study of 3,134 physicians in training, Onyeador and colleagues found that there was no relationship between the hours of diversity training non-Black students participated in during their 4 years of medical school and their racial attitudes toward Black people 2 years into residency (Onyeador et al., 2019). In fact, the only factor that was found to reduce White, Asian, Hispanic, and Native American medical students’ explicit and implicit anti-Black bias during their residency was the perceived favorability of their interactions with Black people before and especially during medical school. Students who described their medical school as fostering respect for cultural differences also reported more positive explicit attitudes.

“Although the effects of experimental intervention to reduce implicit bias rarely last beyond 24 hours, long-term personal and educational experiences can have an enduring impact” and could meaningfully impact the quality of care individuals receive in medical settings, the researchers concluded.

Interventions that target bias directly can help physicians to achieve cultural competency, improving patient outcomes, Onyeador and colleagues noted, but diversity training’s effects on racial bias itself may be limited because of backlash these programs can elicit in unwilling participants. Research suggests that structural changes, by contrast, can help to create more equal social environments and may more effectively promote intergroup harmony over the long term.

In a 2019 meta-analysis published in the Journal of Personality and Social Psychology, Patrick S. Forscher (University of Arkansas) and colleagues examined the effects of 492 studies of implicit bias interventions involving 87,418 participants. Coauthor and APS Fellow Brian Nosek (University of Virginia), along with APS William James Fellow Anthony Greenwald (University of Washington) and APS Past President Mahzarin Banaji (Harvard University), is known for pioneering the use of the Implicit Association Test (IAT) to measure implicit bias—attitudes that exist beneath the level of conscious awareness and can influence the way we perceive and behave toward others.

The Implicit Association Test  (IAT) is designed to measure unconscious attitudes and associations. This is done by comparing individuals’ average response times to different conceptual pairings. An IAT designed to measure racial bias, for example, might require an individual to use the same buttons to categorize words and images as Black or good and as White or bad.

The team, led by Forscher and Calvin K. Lai (Washington University in St. Louis), found that individuals’ implicit biases were mildly influenced by single-session interventions, such as perspective-taking or completing an IAT designed to alter participants’ associations by tasking them with continuously pairing concepts that affirmed or contradicted their existing attitudes.

Outside of the lab, however, these programs had, at best, a minimal impact on participants’ reported explicit beliefs and behaviors, such as their seating distance from a Black or White research student or willingness to vote for an LGBTQ civil rights measure.

Well intended as they may be, the effectiveness of these measures, often presented as part of larger diversity training programs, may be limited by the way intergroup attitudes are tied to our own social identities, wrote Sohad Murrar (Governors State University) and Markus Brauer (University of Wisconsin–Madison) in Current Directions in Psychological Science in 2019.

Consciously addressing our own biases requires high motivation and thoughtful consideration, conditions that are rarely met when employers require individuals to participate in an intervention, Murrar and Brauer explained. When participants’ sense of self-determination is threatened, interventions can trigger high levels of attitude resistance, causing participants to focus on potential counterarguments and feelings of anger instead of the biases the interventions are designed to target.

“The methods indirectly communicate to people that there is something wrong with them and that they need to change, therefore creating reactance,” Murrar and Brauer wrote.

But although attitude resistance can hinder efforts to reduce bias directly, the fact remains that these attitudes can be changed. In a 2019 analysis of 4.4 million tests of implicit and explicit attitudes, Tessa Charlesworth (Harvard University) and Banaji found that Americans’ explicit attitudes in regard to sexual orientation, race, skin tone, age, disability, and body weight all shifted toward neutrality between 2004 and 2016. Additionally, even implicit attitudes regarding sexual orientation, race, and skin tone have reduced to neutrality, though attitudes on age and disability have not shown the same change.

“Implicit attitudes can be gradually and durably changed at the population level,” Charlesworth and Banaji wrote. The solution appears to lie in tangibly restructuring social environments.

The original study, published in 2016 by Lai and colleagues in the Journal of Experimental Psychology, followed 4,842 students at 18 U.S. universities as they participated in nine different interventions, including counterstereotypical experiences, multicultural ideology priming, and evaluative conditioning.

Members of diverse teams have been found to process information more deeply, and the wide variety of perspectives on these teams can lead to better and more innovative decision making, wrote APS Fellow Adam D. Galinsky (Columbia University) and colleagues in a 2015 article in Perspectives in Psychological Science. In fact, he added, a region’s number of H1-B visa holders—highly skilled foreign workers hired to fill specialized positions at U.S. companies—may predict wage growth above the national average for its U.S.-born workers.

“Empirical evidence reveals that diversity— heterogeneity in race, culture, gender, etcetera—has material benefits for organizations,” explained Galinsky. “However, because diversity can also incite detrimental forms of conflict and resentment, its benefits are not always realized.”

The question of how to manage diversity effectively doesn’t have a simple answer. Taking a “colorblind” approach to racial diversity by encouraging identity blindness, for example, has been found to diminish White employees’ sensitivity to racism, wrote Victoria Plaut (University of California, Berkeley) and colleagues in a 2018 article in Current Directions in Psychological Science. Multiculturalism, on the other hand, encourages identity consciousness and can help to reduce prejudice and increase minority employees’ engagement at work by encouraging people to celebrate their differences. But it may also promote stereotypes and provoke increased prejudice in majority employees who feel racially or otherwise threatened.

In other words, either approach could worsen inequality if it is pursued to the exclusion of the other.

“The literature typically pits one model against the other, they are not mutually exclusive, and it is possible to recognize people as group members and as individuals,” Plaut and colleagues continued.

Professors might promote multiculturalism by incorporating more underrepresented researchers into their curricula, for example, while also seeking to reduce bias in the grading process by blinding themselves to students’ identities when grading exams.

“Moreover, if an organization is actually equitable and inclusive in practice, potential negative implications of a given approach may not emerge,” the researchers concluded.

Participants were tested for implicit bias both before and after the intervention and then again several hours to several days later. Together, the data indicated that each intervention prompted an immediate reduction in implicit bias, but not one produced an effect that lasted longer than a few days.

Findings such as these are often interpreted as suggesting that individuals’ implicit biases are highly resistant to change, Vuletich and Payne wrote, but these attitudes may instead be a relatively malleable reaction to persistent structural inequality in our social environments. Through their reanalysis, Vuletich and Payne found that prominent displays of structural inequality and historic racism on a university’s campus—measured via the presence of Confederate monuments, a lack of racial diversity among full-time faculty, and lower social mobility for low-income students after graduation—were associated with higher average levels of implicit bias across campuses before the racial-bias interventions.

Additionally, in a 2019 study, Payne, Vuletich, and Jazmin L. Brown-Iannuzzi (University of Kentucky) found that American counties that had more enslaved Blacks in 1860 have higher anti-Black implicit bias among White residents today. This effect was mediated by counties’ rates of  poverty and economic mobility among Black residents, supporting the significance of these systemic factors in the long-term transmission of bias, Vuletich and colleagues wrote.

“Historical oppression may be transmitted into contemporary biases through structural inequalities, including disparities in poverty and upward mobility,” they explained. “Given the importance of contextual factors, efforts to reduce unintended discrimination might focus on modifying social environments that cue implicit biases in the minds of individuals.”

These findings reflect the bias-of-crowds model, a spin on the more familiar “wisdom of crowds” idea, Vuletich and Payne wrote in Psychological Science. This model holds that whereas individuals’ implicit associations are often sensitive to short-term changes, a population’s aggregate levels of implicit bias tend to be more stable, reflecting persistent inequalities in the social environment.

This suggests that removing environmental cues of inequality, such as Confederate monuments, and increasing diversity in an organization’s leadership could help produce sustained changes in bias throughout a community or organization, the researchers concluded.

Similarly, Murrar and Brauer found that media may offer opportunities to communicate more subtle messages about positive intergroup relations without triggering attitude resistance. In one study, for example, participants who watched episodes of a sitcom that portrayed a cast of Muslim Canadians as relatable scored lower on measures of implicit and explicit prejudice both immediately after viewing the show and 4 weeks later relative to participants who watched a sitcom without any minority characters.

That doesn’t mean that implicit bias interventions should become an artifact of psychological science’s past, however, Vuletich and Payne noted. Although affirming egalitarian values may have only a temporary impact on individual bias, these kinds of tactics can still significantly reduce unintended bias in the moments leading up to hiring or admissions decisions, for example, while organizations work to change the larger environment.

“The source of stable implicit bias—and the opportunity for change—is to be found in the places and people around us,” the researchers concluded.

Observer > 2021 > January/February > The Bias of Crowds: Beyond Diversity Training