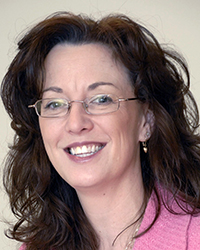 This year marked the official launch of the next 5-year phase of a National Institutes of Health (NIH) program called the Science of Behavior Change (SOBC). Many institutes and centers across the NIH participate in this program, funded by the NIH Common Fund, Office of the NIH Director. By developing funding opportunities, hosting science meetings and symposia, and disseminating tools to the research community, SOBC seeks to improve our understanding of human behavior change across a broad range of health-related behaviors.

During its first 5-year phase, the SOBC initiative supported laboratory and field studies to identify behavior-change targets (i.e., mechanisms or factors associated with the development or maintenance of the behavior of interest) that may be common to multiple clinical conditions. Results from funded projects, as well as SOBC-sponsored meetings, identified three broad classes of behavior-change targets with the greatest potential: (1) self-regulation, (2) stress reactivity and stress resilience, and (3) interpersonal and social processes. In addition, activities during SOBC’s first phase highlighted the need to develop reliable and valid ways to measure whether targets have been engaged, either with experimental manipulations or interventions. These foundational activities are informing the current phase of SOBC initiatives, which aims to promote an experimental-medicine approach to behavior-change research. 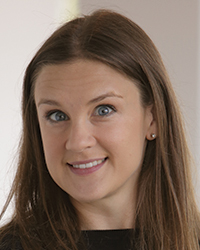 This approach differs from that of most behavior-change research. Usually, basic mechanistic research on behavior change occurs separately from clinical behavior-change intervention research. While behavioral-intervention development usually is grounded in earlier research that suggests potential targets or change mechanisms (again, factors that are associated with the development or maintenance of the behavior of interest), the initial stages of intervention research often focus on the efficacy of interventions on some health outcome, rather than testing explicitly how and why the interventions work. Research on why the intervention works often is relegated to secondary or exploratory mediational analyses or later studies. As a result, advances  in basic mechanistic research tend not to maximally inform intervention development and refinement, and the mechanisms of action of successful interventions tend to remain unknown. This disconnect impedes progress and can lead to costly inefficiencies, requiring new and expensive clinical trials to test even the most incremental changes in intervention strategy or user population.

To illustrate the current disconnect, and how the experimental-medicine approach may bridge that disconnect, we offer the example of social regulation of emotion. In a 2013 Frontiers in Psychology article, APS Fellow Arvid Kappas provides a thoughtful analysis of programs of basic mechanistic research that have investigated the social regulation of emotion, citing work on processes like emotional climate, collective emotions, distributed affective processing, attachment, social cognition, and emotional norms. This work makes a compelling case that emotion often — if not always — is a social process. Equally compelling research demonstrates that social relationships — broadly defined — are related to a range of health behaviors and conditions. A thorough review published in 2008 in Annual Review of Sociology by Kirsten P. Smith and Nicholas A. Christakis cites the numerous ways that social networks are known to be related to health and to the health behaviors that are among the most challenging to change (e.g., tobacco use, physical inactivity, unhealthy diet).

Clinical researchers developing tools to support behavior change have long understood the notion that social relationships shape health behaviors. Many efficacious behavior-change interventions address social relationships as part of a treatment plan. Each of these lines of research (the social-psychology line and the clinical line) contributes valuable data to the behavior-change endeavor; however, barriers prevent integrating these data toward a unified science. The SOBC program aims to promote an experimental-medicine approach to behavior change, in which scientists integrate tests of causal mechanisms that are the hallmark of basic research into the development and testing of behavior-change interventions.

Returning to the example of social regulation of emotion, the experimental-medicine approach would involve four steps:

Step 1 is identifying an intervention target that is hypothesized to play a causal role in one or more health behavior(s). Selecting a target at the optimal level of specificity is critical, and may involve ontological work to understand how potential targets can be grouped in a hierarchy and subdivided according to similarities and differences. Selecting one or more relevant health behaviors is also critical. Although one assumption of the SOBC program is that common target mechanisms underlie behavior change across a range of behaviors and clinical conditions, it is unlikely that every target is relevant to every health behavior. For the sake of our example, we’ll focus on what APS Fellow James A. Coan, Hillary S. Schaefer, and APS William James Fellow Richard J. Davidson in their 2006 Psychological Science article call “social attenuation of response to threat.” In other words, we’ll hypothesize that high-quality social contact contributes to one or more positive health behavior(s) by changing one’s response to threat.

Step 2 in the experimental-medicine approach is developing assays (i.e., measures) to permit verification of target engagement. Since our selected intervention target is social attenuation of response to threat, we’ll need one or more measures that show our intervention actually has produced social attenuation of response to threat. Luckily, Coan and his coauthors (2006) offer several such measures, including self-reported response to threat, physiological response, and differential patterns of activation in several brain regions.

Step 4 adds the health-behavior outcome to the causal chain, testing the degree to which target engagement produces the desired behavior change. This step uses the manipulation tested in Step 3, and the measures of target engagement developed in Step 2, to test whether engaging the target (social attenuation of threat) leads to health-behavior change. Health behaviors should be defined as those with a plausible connection to the target mechanism. In our example, we hypothesized that high-quality social contact contributes to a positive health behavior by changing one’s response to threat. Given the evidence that many health behaviors are influenced by social factors, there are many plausible health-behavior outcomes in our example. We might design a Step-4 test of whether social attenuation of threat reduces smoking relapse in response to negative experiences. Or we might design a Step-4 test of how social attenuation of threat influences adherence to medical recommendations (e.g., dental check-ups, mammogram screening, colonoscopy).

As this example demonstrates, an experimental-medicine approach to health-behavior-change research requires basic, translational, and applied expertise that cuts across many disciplines. Thus, psychological scientists are uniquely positioned to contribute to ongoing SOBC efforts by thinking about how the basic phenomena they study may be conceptualized as targets for, and leveraged to promote, health behavior change.

The first initiatives from the continuing SOBC program establish a Science of Behavior Change Research Network, bringing together teams of scientists to conduct target validation activities intended to develop the tools required to implement a mechanisms-focused, experimental-medicine approach to behavior-change research. Tools developed by the network, including validated measures of target-engagement, protocols for target-engagement interventions, and guidance on best-practices for using an experimental-medicine approach, will be made available to the research community. In addition, the SOBC program anticipates additional initiatives to encourage an experimental-medicine approach to health behavior change and to facilitating collaborations among basic and applied scientists that would promote such research.

Very nice. A good corrective to decades of expensive randomized clinical trials comparing often proprietary treatment packages and various control conditions that *sometimes* yielded statistically significant differences but that shed precious little scientific light on basic change mechanisms, which should have been the focus from the get-go.

I am 62 years old. I am African American. I want more then anything to learn how to help my sick Community. Just yesterday I saw two elderly ladies pulling and screaming at a 6 year old special need boy in the grocery store. The ladies showed no kind of training of how to bring the boys out of the crisis. Or to assist the boy into riding out the crisis, instead they pull the young child by the arm out of the store, hollering, kicking and screaming,

Melissa Riddle is Chief of the Behavioral and Social Sciences Research Branch Division of Extramural Research at the National Institute of Dental and Craniofacial Research. She can be contacted at riddleme@nidcr.nih.gov.

Rebecca Ferrer is Program Director of the Basic Biobehavioral and Psychological Sciences Branch of the Behavioral Research Program at the National Cancer Institute. She can be contacted at rebecca.ferrer@nih.gov.