Happiness and Hurtfulness: Why Does it Feel So Good to Act So Bad?

Misinformation, Misconceptions, and Our Teaching Mission

Happiness and Hurtfulness: Why Does it Feel So Good to Act So Bad?

How would it feel to get even with your biggest enemy? The answer, according to David Chester (2017), is as sweet as apple pie.

Chester proposes something different: People may also behave combatively because doing so feels good. Drawing on questionnaires and behavioral, genetic, and neuroimaging data, Chester shows a link between positive feelings and aggression. In one experiment, participants played a competitive reaction-time task against a fictitious opponent, in which they could blast the partner with unpleasant noise (Chester & DeWall, 2016). Sometimes participants got blasted; other times they could do the blasting. The more intensely they blasted their frustrating partner, the more activation they showed in brain reward centers. These neural signatures of pleasure even predicted how many fights individuals had gotten into in their everyday lives.

How does this research mesh with Freudian notions of catharsis? “Freud believed that aggression’s hedonic qualities took the form of a reduction in aversive feelings,” Chester says, “not an increase in positive feelings.” The difference is subtle but significant: People aggress not to reduce their anger but to increase their pleasant feelings. “Aggression does not reliably reduce negative feelings,” Chester says, “it amplifies them, and its subjectively enjoyable qualities are more strongly driven by the increased feelings of reward and pleasure that coincide with the aggressive act.”

To bring this cutting-edge science into the classroom, students can complete one of two activities. In the first activity, Chester asks students to list five of their favorite movies. Next, he asks them to count how many of them have revenge as a central theme. The result? Students are “usually surprised by the number of their favorite movies that have revenge and violence as a central component,” Chester says. Common favorite films include one from the Harry Potter series (a young wizard seeks revenge on his parents’ murderers), The Godfather (a tale of retaliatory aggression among and within organized-crime families), The Lion King (the son of an assassinated ruler seeks revenge against his uncle, the assassin), and Gladiator (a tale of a soldier who dedicates his life to gaining revenge for the murder of his family).

Ask students why people often are drawn to movies where people seek revenge. How do they think getting revenge will make the character feel? How does that influence their perception of aggression as a result of negative emotions? Might positive emotions also play a role?

The second activity asks students to try to understand why serial killers get hooked on hurting others. Before I teach students about serial killers, I spend a few minutes reiterating the fact that these people caused tremendous harm to others. I also communicate that serial killers offer a useful teaching tool because their behavior was so extreme, not because it was glamorous.

First, ask students to form pairs. Have students use their smartphones or laptops to search for information about the following famous serial killers: 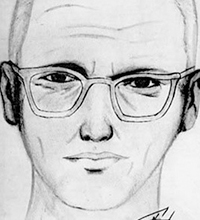 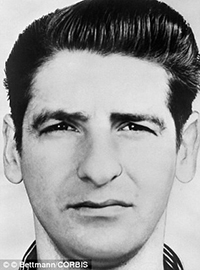 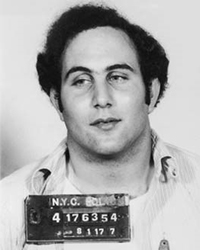 Ask students to write down all of the emotions they most associate with each serial killer. If they could describe each killer’s typical emotions, what would they be? What about the emotions the killers experienced before, during, and after each killing? Have students spend 3 minutes discussing their answers. Finally, show students the following quotes from each serial killer:

“I like killing people because it is so much fun. It is more fun than killing wild game in the forest.”

“It wasn’t as dark and scary as it sounds. I had a lot of fun … killing somebody’s a funny experience.”

David Berkowitz, the “Son of Sam”:

“I was literally singing to myself on the way home, after the killing.”

No matter how much society progresses, it will contain people who hurt others. Aggression is here to stay because aggressive urges will never go away. People may give up their cars, but they might feel angry or frustrated at their autonomous driver. People may forget the word “bully” but remember that they dislike their demanding boss. The bigger problem is that aggressive retaliation — the moment your clenched fist hits your enemy’s jaw — will still feel good. Even the most passive people will have to fight an uphill battle between their natural tendency to experience pleasure from getting even with their enemies and their desire to live a long and peaceful life. Our greatest hope is to promote a society that celebrates inclusion, equality, tolerance, and peace.

Misinformation, Misconceptions, and Our Teaching Mission

Few things bother us teachers of psychology more than viral misinformation, or energize us more than opportunities to challenge misconceptions and cultivate discerning minds. Our mission: to teach reality-based, evidence-supported thinking.

Thus, we feel distressed when public understandings radically diverge from reality, and especially when those misconceptions have huge effects. Some examples:

Belief: Crime is rising. Every recent year, 7 in 10 Americans have told Gallup that there is more crime “than there was a year ago” (Swift, 2016). President Donald Trump agrees, having said in early 2017 that “The murder rate is the highest it’s been in 47 years,” with Attorney General Jeff Sessions echoing that “rising crime is a dangerous and permanent trend.”

Fact: For several decades, both violent and property crime rates have been falling. In 2015, the FBI-aggregated violent crime rate was less than half the 1990 rate — a downward trend confirmed by Bureau of Justice Statistics (BJS)
crime-victimization surveys (BJS, 2017; Statista, 2017).

Lest these examples make misinformation seem partisan, a meta-analysis by APS Fellow Peter Ditto and his colleagues (2015) reveals “partisan bias in both liberals and conservatives, and at virtually identical levels.” For example, at the end of the Reagan presidency, more than half of strong Democrats believed inflation had worsened under Reagan. In actuality, it had plummeted — from 13% to 4% (Gelman, 2009).

Which is most true about the Rorschach (inkblot) Test?

Or test your students on the 50 great myths of popular psychology (Lilienfeld, Lynn, Ruscio, & Beyerstein 2010).

Such popular but false beliefs — all discounted by psychological science, note Bensley and Lilienfeld — are weeds within psychology’s lush grass. We wonder: Why do these weeds spread despite the counterforce of fact? Why, despite our efforts to pull them, do they keep sprouting? And rather than succumb to fact-free, post-truth thinking, what can we do to eradicate them?

Why Does Misinformation Spread?

The power of mere repetition. How often have people heard or read it: Vaccines cause autism. Climate change is a hoax. Islamic terrorism is a grave threat to the United States (never mind that, of 230,000 murders since 9/11, only 123 have been perpetrated by Muslims [Kristof, 2017]). Mere repetition makes statements easier to process and remember (Lewandowsky, Ecker, Seifert, Schwarz, & Cook, 2012; Schwarz, Newman, & Leach, 2017).

The power of familiar, hard-to-erase falsehoods and fake news is appreciated by political manipulators, from those in Orwell’s fictional 1984 to those running today’s presidential campaigns. Moreover, rebuttals sometimes backfire because they repeat the myth. But the good news, as Bensley and Lilienfeld note, is that repetition also can power truth.

The power of confirmation bias. Our self-justifying brains welcome information that supports our preexisting beliefs and resist information that does not. In a May 2016 PPP national survey, those favorable to Trump believed Obama was Muslim rather than Christian by a 65% to 13% margin. Those unfavorable to Trump believed the reverse by a mirror-image 64% to 13% margin. As a Chinese proverb says, “Two-thirds of what we see is behind our eyes.”

The power of cognitively available anecdotes. Thanks to the availability heuristic, mere anecdotes have power. A brutal crime can make the world seem more violent than it actually is. An unseasonably warm (or cold) winter day can make climate change seem real (or not). Thus we teach — and repeat — “The plural of anecdote is not data.”

The power of group polarization. The Internet provides a fertile medium for group polarization — the strengthening of true and false beliefs as like minds interact among themselves. On social media, we feed our like-minded friends information — and misinformation. Thus, news and fake news spread. Within the Internet’s echo chamber of the like-minded, viewpoints become more extreme. Suspicion becomes conviction. As Steve Martin tweeted, “Dear Satan, thank you for having my Internet news feeds tailored especially for ME!”

Ergo, the great challenge for teachers of psychology, conclude Bensley and Lilienfeld, is the teaching of “critical thinking skill[s]” and a disposition “to skeptically examine knowledge claims.” Although human intuition has some remarkable powers, it also has perils — as illustrated by the correlation between high scores on the Faith in Intuition scale and endorsement of misconceptions. Go bold, they advise. Engage analytic thinking. “Activate misconceptions and then explicitly refute them.”

When wedded with a spirit of humility, the teaching of psychological science is a welcome antidote to rampant misinformation.

Swift, A. (2016, November 9). Americans’ perception of US crime problem are steady. Gallup. Retrieved from www.gallup.com/poll/197318/americans-perceptions-crime-problem-steady.aspx

C. Nathan DeWall is a professor of psychology at the University of Kentucky. His research interests include social acceptance and rejection, self-control, and aggression. DeWall can be contacted at nathan.dewall@uky.edu.
APS Fellow David G. Myers is a professor of psychology at Hope College. His scientific writing has appeared in three dozen academic periodicals, and he has authored or coauthored 17 books, including Psychology (11th ed.), Exploring Psychology (9th ed.), and Social Psychology (12th ed.). Myers can be contacted via his website at www.davidmyers.org.