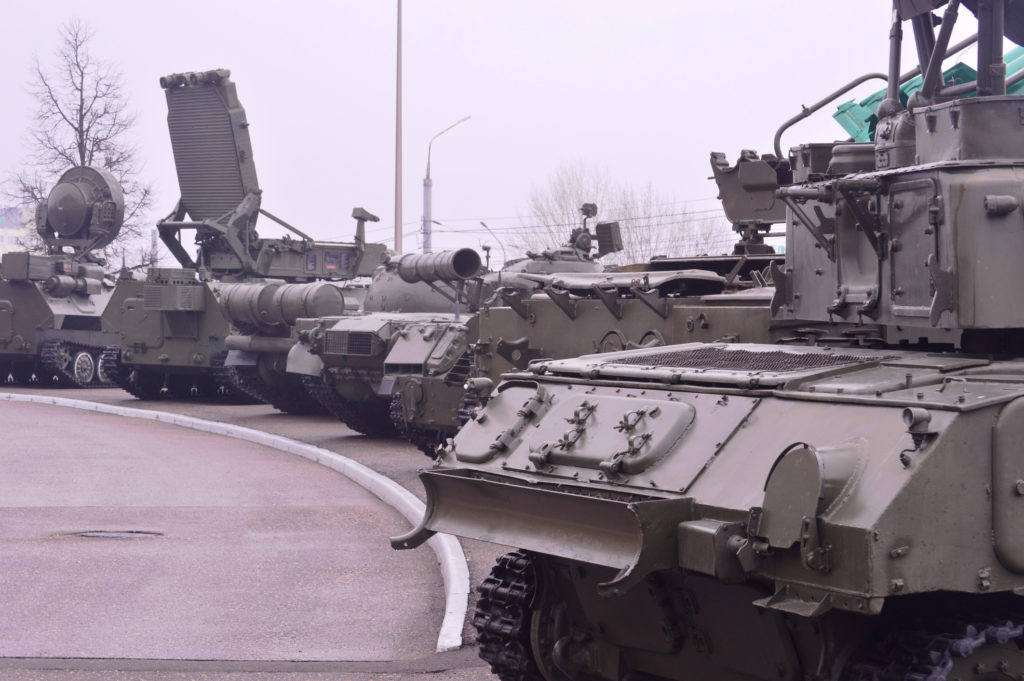 The Russian military’s unprovoked war against Ukraine has elicited a global outpouring of condemnation against the violence and concern about the resulting humanitarian and refugee crisis. With the world witnessing the war in real time, many psychological scientists across diverse disciplines are beginning to grapple with the implications for how their research might inform our collective understanding of, and ability to prevent, further brutality and devastation.

The Morality of War: A Review and Research Agenda

What is morally right and wrong in war? “Despite many decades of research on moral psychology and the psychology of intergroup conflict, social psychology does not yet have a good answer to this question,” which would have implications for decision-making in war, public policy, and international law, according to Watkins. Psychological researchers should adopt a new way to study war, she said, that combines the strengths of philosophical just-war theory (JWT)—which identifies the moral principles that govern the conduct of war as discrimination between civilians and combatants, the proportionality of strength used given the target, and the prohibition of means that are bad in themselves, such as biological weapons—with experimental techniques and theories developed to study morality in general.

In a commentary on Watkins’s article, Sheila B. Frankfurt and Alanna Coady argued that JWT describes what should guide moral judgments but not how people actually make those judgments. Instead of framing war as a distinct context, they wrote, researchers should frame war as involving particular social factors that may share features with nonwar contexts. Watkins responded that the disagreement between their arguments and hers appeared to involve whether using JWT will have a positive or negative impact on war research and global affairs.

Living in History: How War, Terrorism, and Natural Disaster Affect the Organization of Autobiographical Memory

Memories of war, terrorism, and natural disaster play a critical role in the construction of group identity and the persistence of group conflict. Brown and colleagues argued that personal memory and knowledge of the collective past become entwined only when public events have a direct, forceful, and prolonged impact on a population. They supported this position with a cross-national study in which participants thought aloud as they dated mundane autobiographical events. Bosnians often mentioned their civil war, and Izmit Turks made frequent reference to the 1999 earthquake in their country. In contrast, participating Serbs, Montenegrins, Ankara Turks, Canadians, Danes, and Israelis rarely mentioned public events. “Taken together, these findings indicate that it is personal significance, not historical importance, that determines whether public events play a role in organizing autobiographical memory.”

A Comparison of Models for Interstate Wars and for Individual Violence

Societies have engaged in warfare for millennia, but what accounts for some societies’ frequent warfare and others’ relative peace? Moreover, what environmental and other factors place individuals and societies at risk of becoming violent, and how does the “functionality” of war—its effectiveness in securing the likes of territory, markets, or economic resources, particularly for the initiators—perpetuate it? “One reason that violence occurs so often is that ‘it works so well,’” wrote Patterson, an APS James M. Cattell Fellow. His review found that individual violence is the outcome of a pathological process that often begins in childhood but can be altered (or reinforced) by familial and societal interventions. “In contrast, societal violence rests on two or more contingencies,” potentially including the soldiers’ compliance with training and relationships with and reinforcement by peers.

Threat, Politics, and Attitudes: Toward a Greater Understanding of Rally-’Round-the-Flag Effects

National threats often provoke changes in sociopolitical attitudes. An example of such a change is the “rally-’round-the-flag” effect, characterized by dramatic spikes in the popularity of leaders such as the U.S. president. Although these effects are often thought to reflect a desire for security and safety driven by anxiety, Lambert and colleagues described a conflicting view in which sociopolitical shifts are mediated by anger. The central role anger plays in their model leads to the implication that “other things being equal, positive events (e.g., military victories/accomplishments) may be less likely to trigger rally effects than negative events (e.g., terrorist attacks), to the extent that the former class of events are less likely to involve the activation of anger,” they wrote. They provided evidence supporting this viewpoint and explored implications of, and future directions for, this research.

Identification With All Humanity as a Moral Concept and Psychological Construct

The concept of “one humanity” characterizes the quality of caring deeply about human beings without regard for their race, religion, nationality, or other distinctions. A prominent example involves those who risked their careers or even lives to rescue Jews during the Holocaust. In this review, McFarland and colleagues summarized recent work with a new measure of that caring: the Identification With All Humanity Scale. Research with this scale establishes that identification with all humanity is more than an absence of prejudice and its sources or the sum of positive qualities, such as dispositional empathy and principled moral reasoning. The authors also offered a brief discussion of how identification with all humanity may develop or could be taught.

Does the experience of war generate an enduring elevation in people’s egalitarian motivations toward their in-group? To explore this question, Bauer and colleagues administered social-choice tasks to more than 1,000 children and adults differentially affected by wars in the Republic of Georgia and Sierra Leone. They found that greater exposure to war created a lasting increase in people’s egalitarian motivations toward their in-group, but not their out-groups, during a developmental window starting in middle childhood and ending in early adulthood. “Outside this window, war had no measurable impact on social motivations in young children and had only muted effects on the motivations of older adults,” they wrote. “These ‘war effects’ are broadly consistent with predictions from evolutionary approaches that emphasize the importance of group cooperation in defending against external threats, though they also highlight key areas in need of greater theoretical development.’”

Cohen and Insko explored four potential ways to reduce intergroup conflict: consideration of future consequences, independent leadership, outgroup empathy, and coordination. They reviewed relevant empirical findings for each method and discussed how each can be used to promote intergroup cooperation. Acknowledging that future research should address many issues, they highlight the importance of considering how various approaches to conflict reduction might be implemented. “How might psychological processes that reduce intergroup conflict play out in protracted conflicts throughout the world?”

Can Authoritarianism Lead to Greater Liking of Out-Groups? The Intriguing Case of Singapore

Authoritarianism refers to a willingness to submit to authorities who are perceived as established and legitimate, to confirm to norms and traditions endorsed by society, and to have a general aggression toward and dislike of people who do not conform to those norms. Roets and colleagues examined whether the association between authoritarianism and dislike of out-groups would still hold in countries—Singapore, in this case—where the established authorities explicitly endorse multiculturalism. In assessing Singaporean and Belgian students for their authoritarian values, out-group views, and perceptions of the government’s stance on multiculturalism, the researchers found that students from Singapore, but not Belgium, associated authoritarianism with positive attitudes toward out-groups. The researchers attributed this link to government support for multiculturalism.

Psychological scientist Jacqueline S. Mattis and other researchers explain the psychological and cultural foundations of spiritual beliefs and practices.