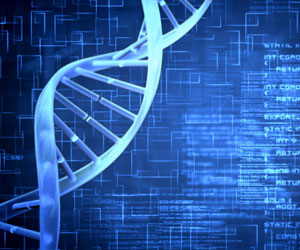 Prevailing wisdom suggests that our genes remain largely fixed over time. But, an emerging field of research is beginning to prove this intuition wrong. Scientists are uncovering increasing evidence that changes in the expression of hundreds of genes can occur as a result of the social environments we inhabit. As a result of these dynamics, experiences we have today can affect our health for days and even months into the future.

Psychological researchers George Slavich and Steven Cole of University of California, Los Angeles, refer to this blossoming field as “human social genomics.” In an article published in Clinical Psychological Science, they assert that certain genes can be “turned on” and “turned off” by different social-environmental conditions — especially our subjective perceptions of those conditions.

Slavich and Cole point to a number of studies that have connected external conditions to our genomic profiles. For example, in 2007 Cole found that, compared to socially connected individuals, people who experience chronic social isolation show reduced antiviral immune response gene activity, which leaves them vulnerable to viral infections like the common cold. These individuals also showed increased expression of genes involved in inflammation, which underlies the progression of chronic diseases like metabolic syndrome, heart disease, certain cancers, and Alzheimer’s disease.

Other social conditions that have been found to influence human gene expression include being socially evaluated or rejected, which can have different consequences for different people depending on their sensitivity to social threat.

The researchers also point to social influences that may regulate gene expression at a collective group level. This suggests, they say, the existence of a metagenome, wherein the activity of one person’s genome is influenced by the genomic activity of surrounding individuals.

In their article, Slavich and Cole acknowledge that they focused on gene programs involved in innate immunity. They call for more research on other types of genes, as well as other social factors that may regulate human gene expression, such as culture, social attachment, prejudice, and social hierarchies.

An understanding of human social genomics is of particular importance to those of us who work in the treatment of psychological and emotional trauma. Our whole body response to all kinds of trauma changes the way our brains function, our ability to attach to others (or not), and resilience, among a few of the key factors. The field of neuroplasticity (how the brain changes and adapts throughout one’s life) offers additional perspective on social genomics. There is also an emerging understanding of post-traumatic growth: the potential, possible outcome of post-traumatic stress, depending on one’s life experiences, circumstances, and genetic make-up.

Absolutley fascinating. That the mind can control genetic expression.