Applying psychological science to promote public cooperation and the responsible use of technology in education were the themes of the Psychological Science in the Public Interest (PSPI) symposium at the 2014 APS Annual Convention. 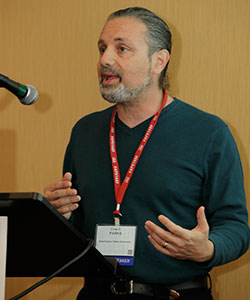 PSPI author Craig Parks of Washington State University reviewed some of the highlights from his recently published report (coauthored with Jeff Joireman of Washington State University and APS Fellow Paul A. M. van Lange of the VU University Amsterdam) titled “Cooperation, Trust, and Antagonism: How Public Goods Are Promoted.” And APS James McKeen Cattell Fellows Kathy Hirsh-Pasek (Temple University) and Roberta Michnick Golinkoff (University of Delaware) gave a sneak peek of their upcoming PSPI report on using what we know about the science of learning to promote educational apps for smart devices.

Parks discussed how people decide whether to cooperate in public goods contexts — such as supporting a charity or public radio — and why there is inconsistency in people’s cooperative decisions. When confronted with a decision to cooperate, people consider how a situation will affect themselves and others, and they use this information to create an intention to act, Parks said. They then perform the intended action and use feedback they receive about the outcomes to revise future courses of action.

So why do some people cooperate inconsistently? According to Parks, noise can sometimes cause people to shift away from their original intentions, based on last-minute variables. For example, the loss of a job may prevent long-time contributors from making the charitable donations they intended to make. There are also situations in which people purposefully act in an antagonistic manner because they don’t want a resource to be provided to others. Greed, power, or the desire to inflict harm on out-group members are all reasons why people may choose to stymie cooperation.

Parks argued that by understanding the underlying decision-making processes that lead to cooperation or antagonism, we can encourage people to make consistent decisions that benefit the public good. 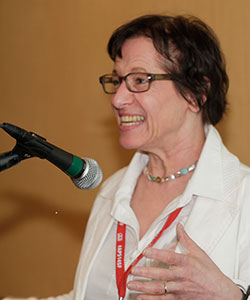 So how can we tell the educational apps from the “educational” apps?

Based on behavioral and neural data, Hirsh-Pasek and Golinkoff identified several factors that should be present for an app to provide a maximal educational experience. Research has shown, for example, that the best learning experiences are active rather than passive, engaging but not distracting, socially interactive rather than solitary, and meaningful to the child. Creating an experience of guided exploration — where the activity is centered on a specific learning goal — has also been found to improve educational outcomes. 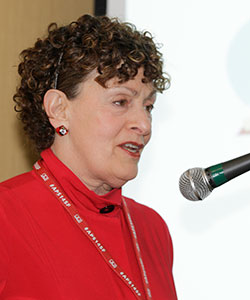 Apps incorporating these factors will be more educational and will promote a deeper learning experience. The team is creating a rating framework built on these factors so that parents, teachers, and the general public can better determine which apps are educational and which are entertaining but do not carry educational value.  Though it is wonderful to have apps that are for entertainment alone, the authors maintain that the term “educational” should be reserved for those experiences that align with the evidence on how people really learn.