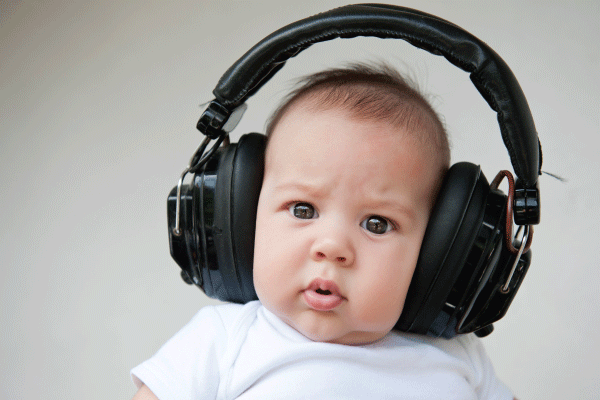 Preverbal children (under 6 months) appear to already have the ability to segment words from continuous speech, a process facilitated by learning the statistical patterns of language. Choi and colleagues used electroencephalogram measures to track the ability of infants to segment words. Infants’ neural processing increasingly synchronized with the embedded words over the learning period. This increase in neural synchronization to words during segmentation learning was comparable to that of adults and predicted future word discrimination. These findings indicate that infants and adults may follow similar learning trajectories when tracking probabilities among speech, and speech segmentation may use neural mechanisms that emerge early in life and are maintained throughout adulthood.

The Effect of Repetition on Truth Judgments Across Development

Children and adults are both more likely to think a statement is true when they hear it repeatedly than when they have heard it only once. Fazio and Sherry showed that 5-year-old children were more likely to judge false statements (e.g., a calf is a baby horse) as true if they had heard it only once before than if they heard false statements for the first time. These findings suggest that this illusory-truth effect is implicitly learned at a young age and does not require intentional reflection. Thus, repeating false information can hamper individuals’ ability to distinguish truth from falsehood and facilitate the spread of misinformation.

Bittersweet: The Neuroscience of Ambivalent Affect

Moral Choice When Harming Is Unavoidable

Berman and Kupor distinguish between harm avoidance (desire to avoid causing any harm) and harm aversion (desire to minimize the negative impact caused by one’s actions). Across six studies, they show that participants prefer to completely avoid committing a harmful act when they have the opportunity to do so. However, when participants must choose between less harm for less benefit and more harm for more benefit, they become increasingly willing to commit harm for greater benefits. Thus, the benefits individuals refuse to accept when harm is avoidable can become desirable when some harm is bound to occur.

The Future of Women in Psychological Science

Gruber and colleagues analyze 10 topics relevant for women’s professional prospects in psychological science: career advancement; financial compensation; service assignment and practices; lifestyle roles and work–family conflict; gender biases; prevalence and perceptions of positions of power; intersectionality; harassment and incivility; agency, self-esteem, and self-promotion; and lack of belonging. The authors discuss empirical evidence for each of these issues and clarify gender gaps and positive change. They hope that a better understanding of these issues will spark conversation and help to mitigate remaining gender differences in psychological science.

Recovering the Relational Starting Point of Compassion Training: A Foundation for Sustainable and Inclusive Care

Condon and Makransky integrate theories and findings from social, developmental, and health psychology with elements from contemplative traditions (e.g., Buddhism) to create a solution for barriers to compassion (e.g., aversion to suffering or feeling alone in suffering). This solution, centered on relationality (i.e, the sense that one is encompassed in the loving care and compassion of others), might improve the cultivation of compassion through meditative training. The authors propose that emphasizing relationality and the importance of extending care and compassion to others may promote compassion. They contrast this approach to modern conceptions of meditation as an autonomous self-help practice, which they explain might exacerbate barriers to compassion.

Focusing on the English writing system, Treiman discusses how young children learn about the visual appearance of writing and spelling, and how learners of alphabetic writing systems begin to use letters to represent the sounds they hear in words. She also discusses how older children acquire knowledge beyond simple sound-letter mappings and learn about the subtler patterns of the complex English writing system. Her review shows how children use what they know, including the names of letters, the spelling of their own names, and similarities among sounds, to learn new things. She concludes that implicit learning plays an important role in spelling development, but explicit teaching is also important.

The Situation of Situation Research: Knowns and Unknowns

Rauthmann and Sherman discuss theoretical and empirical studies that assessed psychological situations (sets of circumstances). These studies attempted to define what situations are; how they can be characterized, taxonomized, and measured; how they relate to person variables; and how people navigate them. The authors summarize the answers these studies provided and the questions that future research needs to address, such as situation characteristics across the lifespan and cross-cultural aspects of situation experience.

Palfi and Dienes illustrate how the application of Bayes factors, like null hypothesis testing, can create inferential errors about differences between groups. This happens if the researchers compare simple effects in the groups instead of comparing the groups directly (i.e., if they do not test the interactions). The authors provide an example of these problems and the R script of the analyses. They also provide an app that can be used to calculate the Bayes factor for each group separately and for the interaction between groups, helping researchers develop intuitions about potential inferential mistakes.