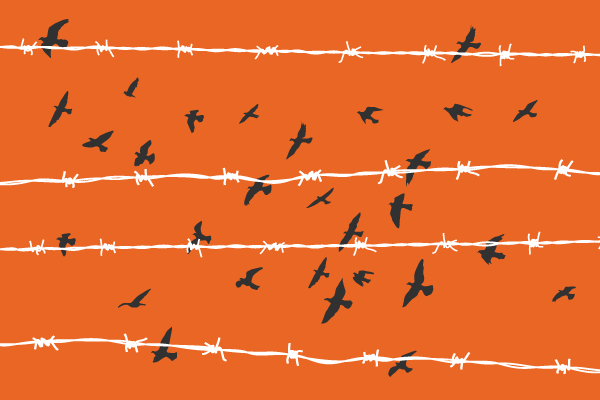 Different narratives about immigrants can shape public perceptions and policy preferences involving immigrants, this research suggests. Adult U.S. residents read short stories about the achievement, criminality, or struggles of German, Russian, Syrian, and Mexican male immigrants. Reading achievement stories led participants to homogenize individual immigrants’ representations, making them less based on racial differences, whereas criminality and struggle stories led participants to racialize immigrants according to their “Whiteness” by creating two groups: immigrants from Germany and Russia and those from Syria and Mexico. Achievement narratives led to preferences for fewer immigration restrictions, whereas criminality and struggle narratives led to preferences for more restrictions. These findings highlight the importance of presenting individual stories to attenuate anti-immigrant discrimination.

The Unintended Consequences of the Things We Say: What Generic Statements Communicate to Children About Unmentioned Categories

Using generic language (e.g., “Boys play sports”) may accidentally communicate social stereotypes to children (e.g., implying that girls do not play sports). Moty and Rhodes examined the inferences that 4- to 6-year-olds make about the unmentioned groups in generic claims. They found that children as young as 4.5 years old drew inferences (e.g., in discussing the imaginary groups of “zarpies” and “gorps,” the statement “Zarpies are good at baking pizzas” implies that gorps are not). The tendency to make these inferences increased with age, but presenting specific statements instead of generic ones (e.g., “This zarpie is good at baking pizzas”) overrode this tendency.

The Lure of Counterfactual Curiosity: People Incur a Cost to Experience Regret

Why do people seek information about how things would have been if they had made a different decision, even when they cannot reverse the decision? People appear to have this counterfactual curiosity even though it does not improve and may even impair their decision-making performance. FitzGibbon and colleagues found that participants were highly motivated to incur costs (money and physical effort) to learn what they could have received while performing a task, even when that information led to regret instead of those rewards.

Reasoning Through the Disjunctive Syllogism in Monkeys

The disjunctive syllogism—given A or B, if not A, then B—is a logical inference that monkeys appear to have the capacity to understand. Previous research had shown that nonhumans could reason by exclusion (not A), but their ability to deduce the dependent relation between A and B had not been tested. Ferrigno and colleagues showed that monkeys solved disjunctive syllogisms to gain their favored food, grapes, 75% of the time. These findings indicate that the cognitive capacity of deduction is not unique to humans and can occur in the absence of language.

Newtonian laws explain the motions of everyday physical objects and thus might be internalized by the brain to facilitate motion perception. This research suggests that motion perception relies on internalized regularities, or laws, not only when information is missing but also when the available information is inconsistent with the expected outcome of a physical event. Participants viewed 3D billiard-ball collisions depicting varying degrees of consistency with Newtonian laws. Their judgments of postcollision trajectories were biased toward the outcomes expected according to Newtonian laws of mechanics.

The more deeply a person processes a verbal stimulus, the more likely they will remember it later. This is the basis for the levels of processing (LOP) account. Ovalle-Fresa and colleagues showed that the LOP can also be applied to visual mental representation. In four experiments, they found that participants memorized associations more accurately when they processed them at a deep level (i.e., by making a pleasantness judgment) than at a shallow level (i.e., by judging the presence of a perceptual feature such as a straight line). This applied to object-color associations as well as fractal-color associations.

Thought Conditioning: Inducing and Reducing Thoughts About the Aversive Outcome in a Fear-Conditioning Procedure

A fear-conditioning procedure can both induce and reduce intrusive thoughts about aversive stimuli that are conducive to fear and anxiety, this research suggests. In fear conditioning, neutral stimuli (e.g., images of colored circles) are contingently presented with aversive ones (e.g., images of mutilated bodies), and fear responses to the neutral stimuli are measured. Zenses and colleagues showed that fear conditioning can change the mere thought of aversive outcomes. They also showed that presenting positive outcomes can reduce the frequency of thoughts about negative outcomes previously associated with a neutral stimulus.

Evidence of Inflated Prediction Performance: A Commentary on Machine Learning and Suicide Research

Jacobucci and colleagues use a simulation and an empirical example in suicide research to demonstrate how nonlinear machine-learning approaches and optimism-corrected bootstrap techniques might inflate the prediction estimates of clinical outcome models. Their analyses indicate that alternative methods for validating models, such as k-fold cross-validation or bootstrap sampling, might be more appropriate. They also suggest that the superior performance of machine learning over traditional approaches might be an artifact of the validation methods used and may not necessarily indicate that suicide is a complex phenomenon that requires complex theories.

Robots as Mirrors of the Human Mind

Robots can increase our knowledge about human cognition and serve as tools for research in psychological science. Wykowska gives examples in which robots have been used to study mechanisms of social cognition that require reciprocal interaction between two people (e.g., joint attention, when one person directs their attention to a location and their partner attends to it in response). The author also discusses whether and when robots are perceived as possessing human characteristics and how robots have been used to implement computational models of human cognition.

Primate Vocal Communication and the Evolution of Speech

Pornography Use and Psychological Science: A Call for Consideration

Psychological and Behavioral Predictors of Vaccine Efficacy: Considerations for COVID-19

Several psychological and behavioral factors, such as stress, depression, loneliness, and poor health habits can affect the efficacy of vaccines, including the SARS-CoV-2 vaccine. In this review, Madison and colleagues discuss risk factors that may impair how the immune system responds to the vaccine. Given that these risk factors are especially prevalent during the COVID-19 pandemic, the researchers also suggest interventions to boost vaccine efficacy, including meditation/mindfulness, expressive writing, stress management, and exercise interventions. These targeted interventions, even if short term, might be important for SARSCoV-2 vaccine responsiveness, especially in vulnerable groups such as the elderly.

How Computational Modeling Can Force Theory Building in Psychological Science

Guest and Martin suggest that using computational modeling of theories, over and above data, might help to advance psychological science. They argue that, although computational modeling is undervalued, its demands may force researchers to conceptualize, specify, and formalize intuitions that otherwise would remain untested. Thus, modeling might contribute to the creation of explanatory and predictive theories. The authors suggest that, without modeling, the field lacks transparent and open theorizing. They also explain how to formalize, specify, and implement a computational model.

Quo Vadis, Methodology? The Key Role of Manipulation Checks for Validity Control and Quality of Science

A proper manipulation check, which must be operationally independent of the dependent variable, ensures the intended purpose of an experiment’s manipulation. Manipulation checks are critical for the viability of a theoretical hypothesis’s logical premise and, therefore, for scientific quality control. Manipulation checks also contribute to clever research design, carry over to theorizing, and have implications for replication. Fiedler and colleagues propose a future methodology that replaces scrutiny in statistical significance testing (i.e., the p < .05) with validity control and diagnostic research designs.

Anatomy of a Psychological Theory: Integrating Construct-Validation and Computational-Modeling Methods to Advance Theorizing

Well-specified theories are as important for the development of reliable empirical psychological science as sound research methods and statistics. Grahek and colleagues discuss theory specification and development in two research traditions—computational modeling and construct validation. By identifying the commonalities and differences between theoretical reasoning in these two traditions, the authors propose an integrated method to develop psychological theories that can lead to better explanations and predictions. Grahek and colleagues also explore what a well-specified theory should contain and how researchers can question and revise such a theory.

The Relationship Between Multidimensional Motivation and Endocrine-Related Responses: A Systematic Review

Steel and colleagues evaluated the association between motivational constructs and endocrine-related responses detected in saliva. Evidence from 41 studies, focusing on five distinct motivation theories, indicated that high-quality motivation attenuated cortisol response in evaluative environments. They also found that motivational needs for power and affiliation were associated with lower and higher levels of salivary immunoglobulin A, respectively, and that, in some cases, the need for power may play a role in increasing testosterone among winners of a contest. The researchers mapped this evidence onto a unified theory of motivation, revealing areas of theoretical overlap and compatibility.

A Traveler’s Guide to the Multiverse: Promises, Pitfalls, and a Framework for the Evaluation of Analytic Decisions

Multiverse methods (e.g., specification curve, vibration of effects) estimate an effect across an entire set of possible analytical specifications to expose the impact of hidden degrees of freedom and/or obtain less-biased estimates of the effect being studied. However, when the specifications are not arbitrary but are treated as such, they can inflate the size of the multiverse, exaggerating the perceived exhaustiveness of the multiverse while making it difficult to extract relevant findings. Del Giudice and Gangestad offer a framework and conceptual tools that will help researchers make the best use of multiverse-style methods. They illustrate the framework with a simulated data set and published examples.

Feedback on this article? Email apsobserver@psychologicalscience.org.