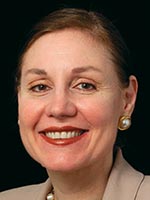 Three psychological scientists — APS Fellow Valerie F. Reyna, and Nobel laureates Edvard I. Moser and May-Britt Moser — are among 80 new members just elected to the National Academy of Medicine. Membership in the National Academy of Medicine is said to be “one of the highest honors in the fields of health and medicine and recognizes individuals who have demonstrated outstanding professional achievement and commitment to service.”

Reyna is the director of the Human Neuroscience Institute and the codirector of both the Cornell University Magnetic Resonance Imaging Facility and the Center for Behavioral Economics and Decision Research. She also is the current Editor of Psychological Science in the Public Interest. Her research examines the connection between decision-making and health. 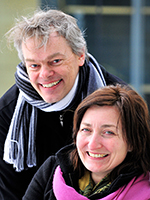 Edvard I. Moser and May-Britt Moser

Edvard I. Moser is the director of the Kavli Institute for Systems Neuroscience at the Norwegian University of Science and Technology, where May-Britt Moser is the codirector. May-Britt also is the director of the Centre for Neural Computation, where Edvard is the codirector, at the same university. The Mosers, with colleague John O’Keefe, were awarded the Nobel Prize in Physiology or Medicine for their research on physiology and spatial behavior in 2014. Edvard I. Moser will be speaking at the 2016 APS Annual Convention in Chicago as part of the plenary Presidential Symposium titled “The Cognitive Map.”

As members of the National Academy of Medicine, Reyna, Moser, and Moser will advise on reports that address important issues of interest to the United States, such as the development of countermeasures to emerging infectious diseases. Reyna currently serves on the Advisory Committee of the Division of Behavioral and Social Sciences and Education, which oversees 10 boards and standing committees of the National Academy of Sciences.