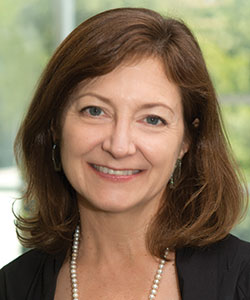 Deborah A. Prentice, an APS Fellow, began her tenure as dean of the faculty at Princeton University on July 1. Previously, Prentice had served as chair of Princeton’s psychology department for 12 years.

Under Prentice’s leadership as department chair, Princeton hired a more diverse psychology faculty, launched the Princeton Neuroscience Institute, and was recognized for having the top-ranked psychology department in the United States. University President Christopher L. Eisgruber said in a statement that Prentice is one of Princeton’s most accomplished department chairs. “Debbie possesses a unique combination of humane judgment, strategic insight, and administrative skill,” Eisgruber said. “I am confident that she will be a superb dean of the faculty.”

Prentice’s own research focuses on how social norms — which she describes as “the unwritten rules and conventions that govern social behavior” — inform people’s behavior, thoughts, feelings, and social interactions. She studies topics including whether and how individuals can pursue self-interest and value other people’s needs at the same time as well as how people whose identities involve the overlap of race categories or the overlap of gender categories are perceived by others. One of Prentice’s most recent projects applies social norms of empowerment to tackling the problem of intimate-partner violence in Cali, Colombia.

As dean of the faculty, Prentice oversees departments, instruction, and issues related to the performance and well-being of faculty and staff. She succeeds outgoing Dean David Dobkin, who had served in that position since 2003.

Congratulations! The best for the best. pc

Congratulations, Debbie – your colleagues are fortunate to have you at the helm!
Suniya