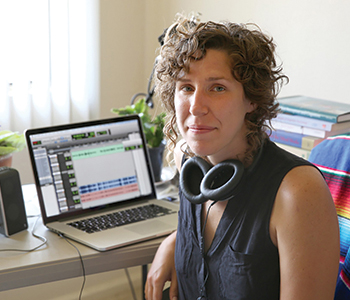 Podcasts have become increasingly popular in recent years: A national survey found that listening increased nearly 14% between 2014 and 2015, and approximately 67 million Americans regularly tune in to one or more shows each week. Furthermore, young adults (ages 18 to 25) are the largest podcast audience — suggesting that this format is on the rise among the next generation.

This boost in popularity could be due to podcasts’ ease of use. They can be accessed through mobile devices and, unlike videos, can be consumed while engaging in other activities (e.g., driving, cooking, working). Podcasts, therefore, may be the ideal way to communicate science to a large audience.

In 2014, I decided to create my own podcast, “An InExact Science,” to satisfy what seemed to be an unmet need in the reporting of psychological science to the public. At that time, much of psychological research was still reported by science journalists in print. I created the podcast in an effort to close the gap between the science and the public, using an audio platform to take psychology’s most interesting findings to a bigger audience. With that mission, I began traveling to labs across the country to interview scientists about the most influential findings in their fields.

In 2015, the podcast received support from the APS Fund for Teaching and Public Understanding of Psychological Science to expand its reach. Since then, the podcast’s audience has grown to 2,000 subscribers and nearly 20,000 listeners on live radio broadcasts. It has been featured in the Sacramento Bee and Science magazine and was named by The Audit as one of the best indie podcasts of 2016.

Each episode is devoted to understanding a specific phenomenon in human cognition and behavior: how we learn languages, fall in love, experience memory changes as we age, or create imaginary companions. A recent episode explored a phenomenon called aphantasia, a condition affecting one in 50 people in which individuals are unable to mentally visualize anything. An upcoming episode will explore the links among genetics, opioid receptors, and our individual experiences of social pain.

More information, as well as all of the episodes, can be found here.

Psychological scientist Alexandra Rutherford discusses a project supported by a grant from the APS Teaching and Public Understanding of Psychological Science program to show how gender equality in STEM leads to better science.