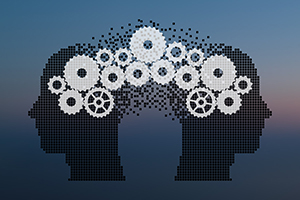 Summers have a special meaning, and perhaps purpose, for academics, whose lives are structured around the 9-month school year. For this reason, and because of the manifold opportunities for internships and summer schools available to graduate students, summers are a good time for resetting, taking stock, shifting perspectives, and learning — learning, in particular, not just from instruction, or even from structured experience, as might be common during the academic year, but learning for the (noninstrumental) sake of learning, learning from exploration and self-generated curiosity, when there are no deadlines, external pressures, or specific goals to accomplish.

I spent 2 weeks of my summer this year at a program that encouraged this type of learning: the Kavli Summer Institute in Cognitive Neuroscience, known affectionately by many as “Brain Camp.” This year’s Brain Camp, held at the University of California, Santa Barbara, began with one of the institute’s organizers urging us all to think beyond the field’s standard theories and methodologies, the paradigms so commonly used they have become dogma, and the deeply rooted and pervasive assumptions we all in one implicit way or another hold.

More generally, this professor warned us of how invasively some of the practices of the day shape our theories in incidental, arbitrary, insidious, and ultimately limiting ways. For instance, the development of hydrologic technology and a cultural context of Victorian ethics arguably informed some of the initial theory about brain function — helping articulate the dynamics of the brain in terms of hierarchy and inhibition, terms that are still very much with us (and perhaps conceptually constraining us) today. Dual-system theories in both psychology and neuroscience are pervasive and almost certainly wrong — reducing the vast, dynamical exchange of information and mutually empowering connectedness among multicomponent biological structures and cognitive systems to binary and anthropomorphic terms of inhibition, control, and competition. Similarly, the modern-day preeminence of computer science has compelled us to (perhaps narrowly) think of the brain principally in terms of networks and computation. Indeed, much contemporary research in psychology and neuroscience presupposes that the brain functions as if it’s a computer — an incredibly useful starting point. But as the “as if” gradually falls away, we mistake the thing we are studying as the object of metaphor, and we complacently accept the arbitrary assumptions implied by using a particular metaphor as empirically founded or logically necessary truth. Our experimental questions and the tools we use to probe them are deeply entrenched in the metaphors we use — a cautionary tale that is particularly important for psychology to heed, as the conceptualization, operationalization, and ultimate scientific study of the mind relies heavily on the ambiguities and arbitrariness of natural language. The conceptual frameworks that such metaphors provide us with can be enormously helpful — vital, even, for science — but these architectural structures become restrictive and damaging once they begin to impede the progression of our thoughts. Every model, every metaphor is wrong and incomplete. Which discrepancies between a brain and a computer are trivial and which meaningful? How can we rectify and integrate the insights we glean from using different metaphors, which often operate at different levels of explanation?

Many of the talks and workshops examined details of specific methodologies and topics, such as activity-silent brain states (Mark Stokes, University of Oxford, United Kingdom), in vivo extracellular recording (Ueli Rutishauser, California Institute of Technology), conceptual integration and decoding (Sharon L. Thompson-Schill, University of Pennsylvania), and many more. Not mutually exclusive to these, some talks also adopted a philosophical tone, rising above the particular task or method employed by the speaker and even above the research questions on which the speaker most likely had founded his or her career in order to situate all of the components in a larger scientific, historic, and even cultural context.

This practice is important, and perhaps not employed or appreciated enough, and it is these rarer aspects of science that I cherished the most from my experiences at Brain Camp. Here, I’ve listed two of the general principles that I think underlie some of the most refreshing, enriching, and edifying experiences I had this summer at Brain Camp:

Engaging with researchers outside of one’s particular lab, department, and institution and outside of the sometimes-competitive terms of one’s individual research project(s). Such engagement (at conferences and I would argue especially at summer schools) affords us a collective headspace to earnestly explore (and challenge) different research topics, techniques, paradigms, perspectives, motivations, and entire disciplines. To be able to serendipitously discover a new network of knowledge or come to a different perspective that fundamentally alters your thinking is not just one of the pleasures of science but also an essential part of maintaining intellectual curiosity and engagement and of catalyzing scientific progress.

Exposing yourself to the vulnerability of breadth. We often value depth over breadth, yet what might we be sacrificing in the scholarly process of interrogating a particular topic ever deeper? Just as we criticize too much breadth as unfocused and superficial, an approach can be deep but too narrow-minded. Decomposing complex psychological problems is critical for specifying knowledge about the mind, but what is this precision worth if we are not also skilled in reassembling these disparate bits of knowledge into the complex, unified whole that we originally sought to study? Insofar as psychology is a necessarily interdisciplinary field, the capacity to flexibly think about a problem from different perspectives, using different methodological tools and representations to investigate it, and to integrate across these differences is important. Reading papers, going to conferences, and engaging with other researchers that are outside of your specific field help in developing and maintaining such flexibility and broadness (without sacrificing depth).

When forced to interact with researchers outside of your institution and research topic, you notice and must rid yourself of the insular communication style that you might have developed. Using jargon is like using summary statistics — it is an efficient expression of information, but you lose the richness and the nuance of what you’re communicating. After relying on this jargon day in and day out, you might not only communicate in these cognitively lazy terms but also think in them. Continually deconstructing and reconstructing your knowledge representations (simply by communicating with others who do not share the same scientific language) enables and empowers you to critically evaluate your implicit assumptions and arbitrary formulations and to integrate and synthesize new information. Jargon preserves, insulates, and compresses knowledge, but science requires more dynamic and refined representations.

The summer institute (and perhaps, more generally, academic experiences that do not proceed with respect to a predefined goal) can be a case study in the value of conceptual and methodological exploration, collaborative environments, interdisciplinary exchange, and broadening not only your training but also, more importantly, your thinking. 

Jennifer Lenow is a PhD student in cognition and perception at New York University, where she is interested in the role of context in value-based decision-making. More specifically, she is interested in how internal affective states are integrated into decision processes and what endogenous and exogenous factors drive foraging and exploratory behaviors. More information about Lenow can be found here, and she can be reached at jenniferlenow@gmail.com.